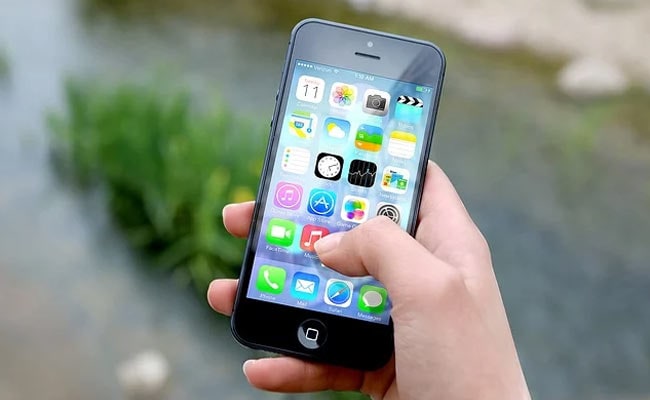 The company's mea culpa hardly satisfied critics, including in US Congress, which at the time sharply criticized Apple for throttling devices.
Apple will pay $113 million to settle an investigation by nearly three dozen states in the United States into the tech giant's past practice of slowing customers' old iPhones in an attempt to preserve their batteries.

The company's much maligned throttling efforts drew nationwide scorn when they came to light in 2017, stunning consumers who at the time saw it as an attempt to nudge them into buying newer, more expensive devices. States led by Arizona, Arkansas and Indiana soon opened a probe of the matter, and on Wednesday, they secured a financial penalty and legal commitment from Apple to be more transparent in the future.

"Big Tech must stop manipulating consumers and tell them the whole truth about their practices and products," Arizona Attorney General Mark Brnovich said in a statement. "I'm committed to holding these goliath technology companies to account if they conceal the truth from their users."

Investigators from 34 states and the District of Columbia, including Democratic and Republican attorneys general, joined the settlement. Apple declined comment for this story, and its agreement with the states does not require it to admit guilt. The company in 2018 tweaked its settings to make its battery-management practices clearer to users.

In the years before Silicon Valley found itself in the government's crosshairs - and Tim Cook, the chief executive of Apple, would be regularly called to Congress to testify - the "batterygate" crisis emerged as a signature challenge for the iPhone giant. The saga drew national headlines in 2017, as iPhone users began to discover that some of their older devices experienced slowdowns after they updated to a newer version of iOS, Apple's mobile operating software.

That December, Apple acknowledged the practice, explaining that it had tweaked its technology starting a year earlier so that some older models, including the iPhone 6S, did not shut down unexpectedly or experience other malfunctions due to excessive demands on their dated batteries. The widespread blowback also prompted Apple to issue a public apology - a rarity for the image-conscious tech giant - and to begin offering battery-replacement discounts for consumers.

The company's mea culpa hardly satisfied critics, including in Congress, which at the time sharply criticized Apple for throttling devices. Others filed lawsuits and initiated a flurry of regulatory proceedings against the iPhone maker that only now are reaching their conclusion. This March, Apple settled a multi-year class-action lawsuit by agreeing to pay $500 million, much of which it has set aside for select iPhone users to receive $25 in refunds. (The company, however, did not have to admit fault even as it ended the litigation.) A month earlier, French regulators fined Apple roughly $25 million, arguing the company should have been more forthcoming about its practices.

In the United States, nearly three dozen states shared a frustration with Apple's lack of transparency and embarked on their own probe. A complaint filed Wednesday in Arizona lays bare their concerns that Apple had provided "misleading information" about its iOS updates, particularly through hard-to-understand technical notes about battery management.

Apple's approach ultimately left many users feeling as if the "only way to get improved performance was to purchase a newer-model iPhone from Apple," the Arizona complaint contends. As a result, the company relied on "unfair and deceptive acts and practices" to boost its sales "potentially by millions of devices per year," according to Arizona's attorney general.

Along with the financial penalty, the states also have required Apple to clarify - online, and on iPhones themselves - its practices about battery health and power management. The company has already addressed some of regulators' concerns: A 2018 update to iOS allows users to check the health of their batteries and disable performance throttling. It is tucked away in users' device settings.

In an interview, Brnovich said the settlement in effect could have broader significance, sending a message to the "Googles of the world that, whether (it's) a Republican or Democratic attorney general, we're taking these issues very, very seriously.

"They're not going to be able to run out the clock," Brnovich said. "It doesn't matter if there's a change in administration - people are going to be held accountable, state attorneys general are going to continue to lead the way."
Add Comment