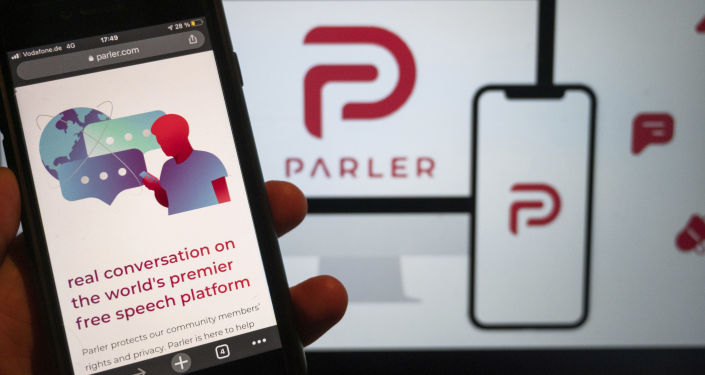 Alternative social media platform Parler was booted off the Apple App Store in early January, in the wake of the violent Capitol riot that claimed the lives of several individuals, including law enforcement officials. The platform came under fire for its ineffective moderation efforts on violent content.

Apple recently informed Parler that its appeal to return to the company’s online application store was rejected, on the basis that the social media platform has failed to meet the company’s content moderation standards.

A February 25 message issued to Parler by Apple indicates that the new community guidelines the platform released on February 15 in an effort to come back onto the app store were insufficient.

Obtained by Bloomberg News, the letter to Amy Peikoff, Parler’s chief policy officer, includes a variety of screenshots as evidence that offensive posts remain rampant on the platform. Some images show user profile pictures with white nationalist imagery and posts that include misogynistic, homophobic and racist commentary.

“As you know, developers are required to implement robust moderation capabilities to proactively identify, prevent and filter this objectionable content to protect the health and safety of users,” the letter reportedly states.

Apple went on to explain that “for these reasons your app cannot be returned to the App Store for distribution until it complies with the guidelines.”

“There is no place for hateful, racist, discriminatory content on the App Store,” the company underscored.

Parler’s current community standards indicate that it will ban users from its platform when individuals post spam, use bots, or tap the social media site as a “tool for crime, civil torts, or other unlawful acts.”

However, the company still maintains permissive policies when compared against other social media platforms. In fact, its stated goal highlights that “removing users or user-provided content be kept to the absolute minimum.”

Citing an individual familiar with the development, Bloomberg also reported that Parler ended its ties with three iOS developers, and that it had parted ways with seven employees composed of contractors and staffers.

Parler was temporarily shuttered after Apple and Google booted the company off their respective app stores, and tech giant Amazon cut the platform from its web-hosting services. However, the company did manage to relaunch itself after gaining support from cloud hosting company SkySilk Inc.

Earlier, amid its ongoing legal battles with Big Tech companies, John Matze, who previously served as Parler’s chief executive officer, remarked in a mid-January interview that he believed it was possible Parler may “never” return after vendors had jumped ship.