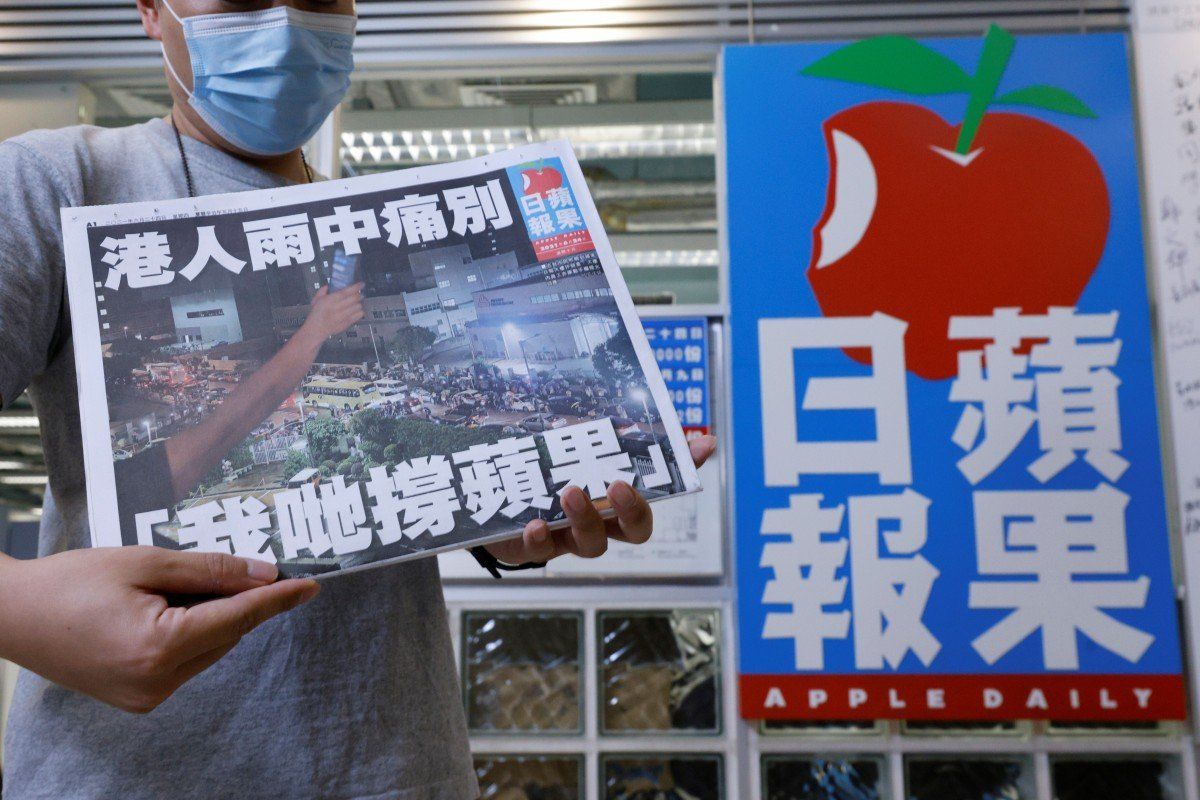 Love it or hate it, for better or worse, Apple Daily and its defunct sister publication Next Magazine have changed local journalism forever, from how pages are designed and printed to the kind of language and visuals used in stories.
Much has been written about the politics behind Apple Daily’s closure, in both the local and foreign press. Instead of adding to the partisanship, I will instead focus on the groundbreaking style – for better or worse – of its journalism, and the local culture and language (written Cantonese) that had influenced it and in turn were influenced by it.

Since the end of World War II, a new successful broadsheet emerged roughly every decade in Hong Kong.

Though technically founded before the war, Sing Pao came to take over half of the market in the 1950s.

In the 1960s, it was Ming Pao. Then came the Oriental Daily News from the 1970s onwards. Together, they took up most of the local Chinese-language market – until Apple Daily was launched in the mid-1990s.

It immediately changed how local newspapers were laid out and printed. In Western journalism, the front page has always been the place to run the most important, sensational or eye-catching news. But, for a long time in Hong Kong, it was the crucial moneymaker for advertisements.

Apple ended all that by splashing with just one or two main news stories, along with a high-resolution, gallery-worthy photo or otherwise big photos and graphics that took up most of the front page. By the end of the 1990s, virtually every major competitor had given up front-page advertisement for the main news.

Apple and Next Magazine were often accused of sensationalism. Of course, they didn’t invent it, but accompanied by large in-your-face photos page after page, the sensational impact on the reader was much more visceral. Instead of being text-heavy, stories were often driven by photos and graphics.

Then there was the language. Its headlines and stories often used colloquial expressions that departed from standard traditional writing.

The distance between spoken Cantonese and written Chinese is greatest with highbrow newspapers and magazines. But since the 1970s, there had been a mass-market movement, in Canto-pop music, comics and then Apple-style journalism, to close that distance by approximating spoken Cantonese, which gradually came to be recognised as a language and not just a dialect. That immediacy made it feel like someone was talking to you, and not just reading or dictating.

Needless to say, a local language and journalism inevitably helped encourage an emerging localised identity that could easily morph with radicalised “localist” politics. But I did promise to skip that.
Add Comment