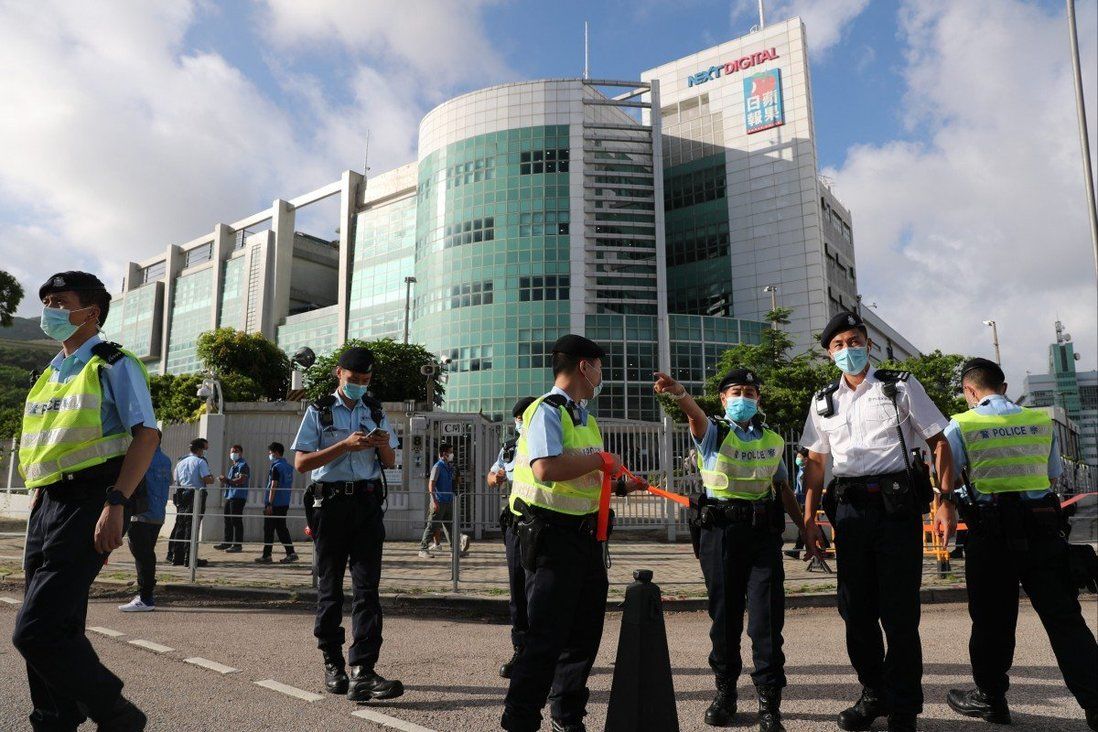 The arrests of the editor-in-chief, publisher and three other executives of Apple Daily have dealt a severe blow to Hong Kong’s freewheeling media scene and could encourage self-censorship among reporters for fear of flouting the national security law, journalists and legal scholars have warned.

But some legal experts called for calm, insisting the media should not fear the Beijing-decreed national security law as long as they stuck to reporting facts and did not practice advocacy journalism in breach of the legislation.

On Thursday, police raided the homes of the tabloid’s editor-in-chief, Ryan Law Wai-kwong, and four others, including publisher and CEO of parent company Next Digital Cheung Kim-hung, arresting them for their roles in the publication of more than 30 articles.

Senior Superintendent Steve Li Kwai-wah of the National Security Department said the offending articles amounted to calls for foreign sanctions against Hong Kong and the country, and were in breach of Article 29 of the legislation banning collusion with foreign forces. 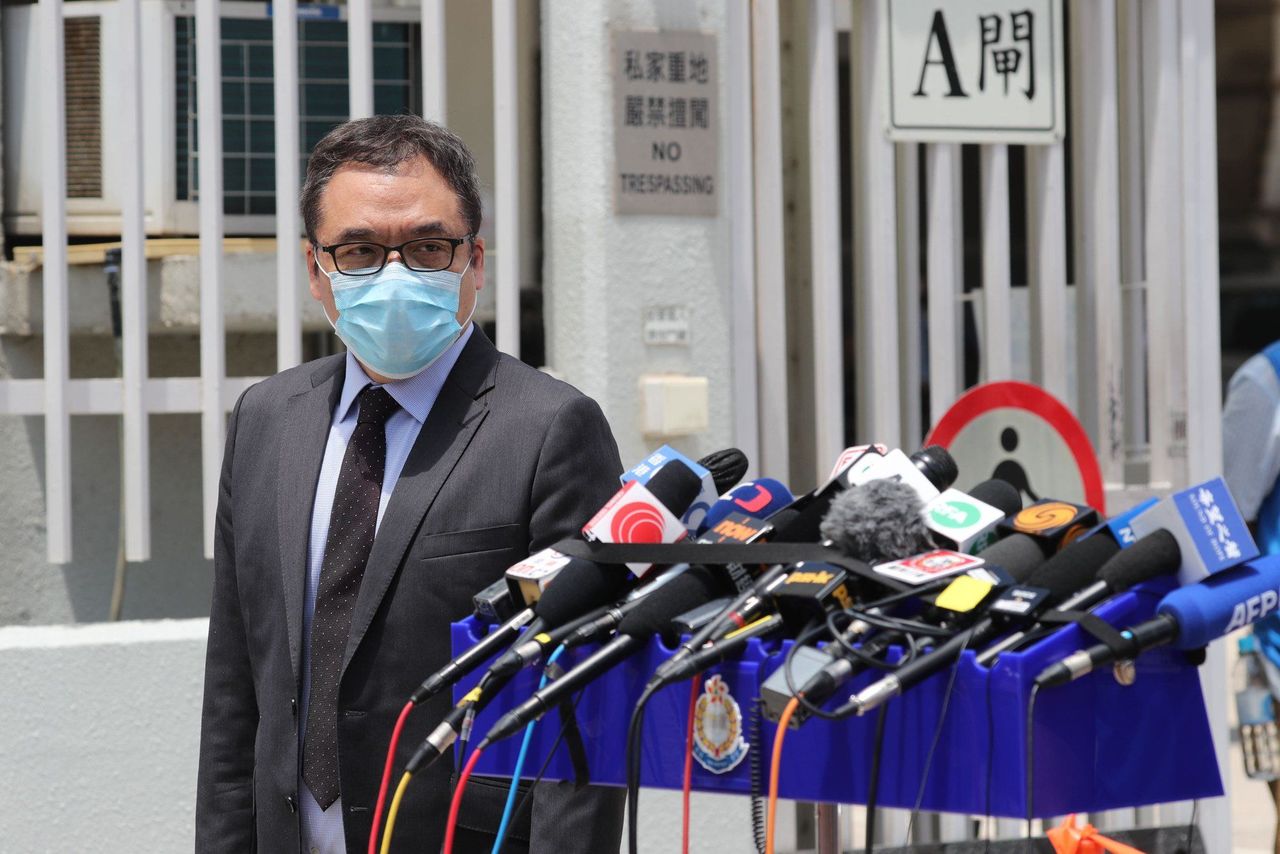 More than 200 police officers descended on the tabloid’s headquarters in Tseung Kwan O with a court warrant, cordoning off the complex, as they combed through the newsroom and seized journalists’ laptops.

Thomas Kellogg, executive director of Georgetown Centre for Asian Law, a branch of Georgetown University in the United States, said the crackdown was not in keeping with Hong Kong’s mini-constitution, the Basic Law, as it provided for sufficient human rights protection and made any criminalisation of mere speech difficult.

He saw it as a warning shot that media reports touching sanctions could be deemed unacceptable.

“It is a dark day for press freedom in Hong Kong when Apple Daily can be attacked based solely on the content of its news articles,” he said.

However, Secretary for Security John Lee Ka-chiu sought to draw a distinction between other media outlets and the tabloid, which he accused of using news coverage as a pretext to call for sanctions.

“We need to differentiate what the suspects have done from normal journalistic work,” he said. “All journalists in the city should keep a distance [from their approach].”

Lee refused to offer details of the offending articles, only saying journalists should not be deterred from doing their job.

Asked how media organisations were to draw a line when reporting on issues such as sanctions and actions by Western countries against Hong Kong and mainland China, Lee replied: “Normal journalistic work, of course, takes place freely and lawfully in Hong Kong, and I do not envisage any professional journalists would be conspiring to do any act to endanger national security.

“So the answer is simple – do your journalistic work as freely as you like in accordance with the law provided you do not conspire or have any intention to break the Hong Kong law and certainly not the Hong Kong national security law.”

Ronny Tong Ka-wah, a barrister by profession and a government adviser in the Executive Council, brushed off reactions that the crackdown had created a chilling effect on the city’s media. He argued that fact-based news articles – even if they involved reporting on calls for sanctions by activists or politicians – would not fall foul of the security law.

“That’s because you don’t have a criminal intention, when you are just reporting facts,” he said. “[The law] just says no one should collude with foreign forces to endanger national security.”

Law professor Lin Feng, from the City University of Hong Kong, suggested even sensitive commentaries would be tolerated. While the Apple Daily articles that prompted the arrests have not been identified, the scholar, who specialises in Chinese and constitutional law, said any kind of conspiracy would require agreement and intent.

An opinion piece was about one person’s view, without an agreement, he said, adding: “It takes two to tango and it’s quite difficult to prove when only one is writing about it.”

But Tam Yiu-chung, Hong Kong’s sole delegate to China’s top legislative body, argued that the situation was more problematic if a media outlet, for example, was invited to cover an online conference involving an overseas activist calling for sanctions.

“Members of the public will refrain from sending tips to journalists on issues of public interest, as media outlets may not be able to guarantee the security of journalistic materials,” he said. 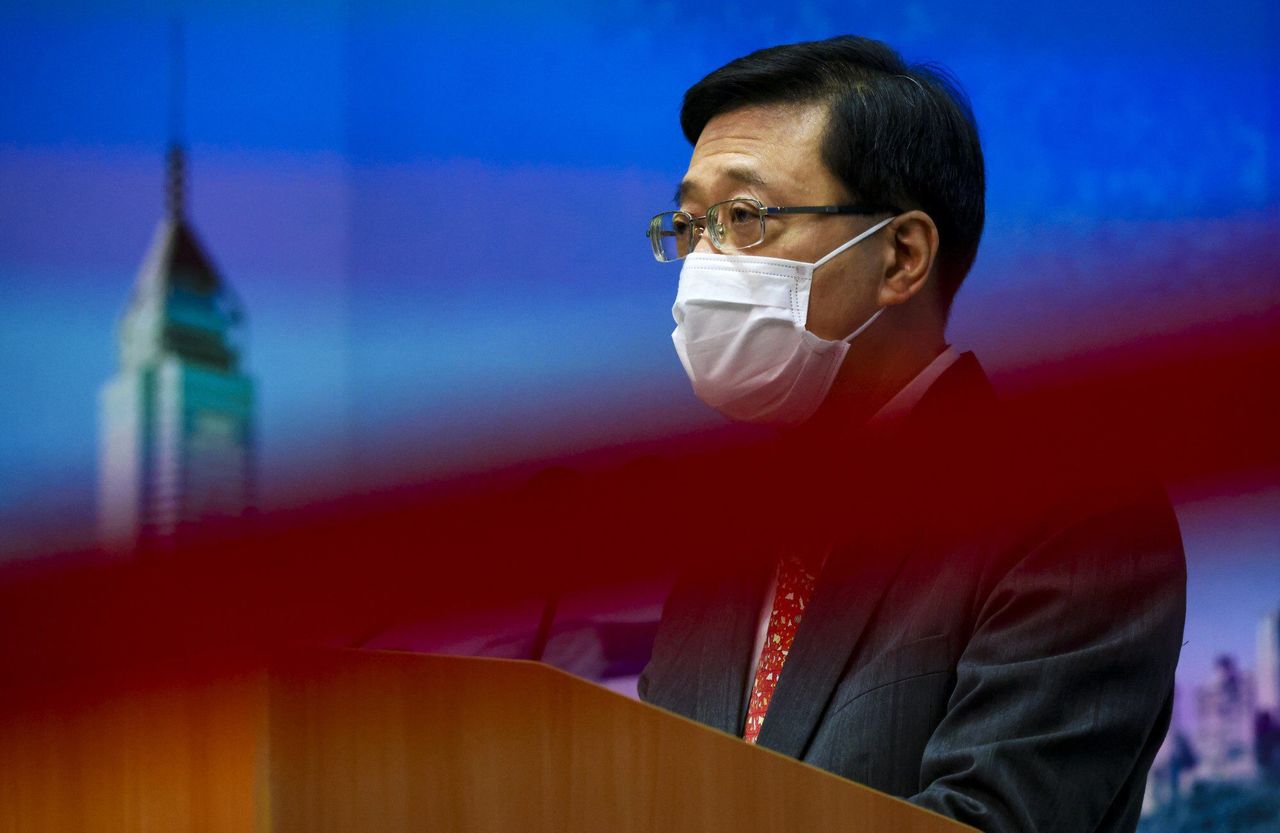 Secretary for Security John Lee stopped short of saying whether buying the Apple Daily newspaper would violate the security law.

Francis Lee Lap-fung, director of the Chinese University of Hong Kong’s school of journalism and communication, was concerned about the uncertainties. Fears over the potential for trouble had been hanging over media professionals’ shoulders since the national security law was passed in June last year, he noted.

Academic Surabhi Chopra, who specialises in the national security law at Chinese University, said securing a conviction in court would depend on whether the judge adopted a high threshold, under which mere expressions of opinion would not be sufficient for a guilty verdict, or a low one, which may find defendants criminally liable on the basis of calling for sanctions.

Even with a low threshold, prosecutors would still have trouble securing a conviction for news reports, rather than commentaries, as the former only involved relaying the opinion of others, she said.

But she feared the present case was more a way to “visibly broadcast to journalists, distributors, business partners, and the reading public that they should steer clear of a long-standing political dissenter like Mr [Jimmy] Lai, as well as his close associates”.

A police source told the Post that most of the Apple Daily articles in question were commentaries and opinion pieces, some of which were written by the paper’s jailed founder, Jimmy Lai Chee-ying.

During Thursday’s raids, police also exercised their power under national security law to obtain a court warrant to seize journalistic materials for the first time.

Georgetown University’s Kellogg said the crackdown showed how the national security law had expanded police powers based on the “vague and overbroad criminal provision” and placed judges in a predicament as police could push ahead in conducting warrantless searches based on other clauses when warrants were not granted.

The security minister stopped short of clarifying whether being an Apple Daily buyer could potentially violate the law, as it also bans anyone from funding any act or person endangering national security.

Simon Young Ngai-man, associate law dean at the University of Hong Kong, said sharing Apple Daily articles or subscribing to the tabloid should not breach the law.

“[Apple Daily] hasn’t been proscribed as a terrorist organisation. It’s when we have anti-terrorism laws that proscribe certain groups of organisations as such, that’s when you have to stay away from them. None of that has happened under this law,” Young said.