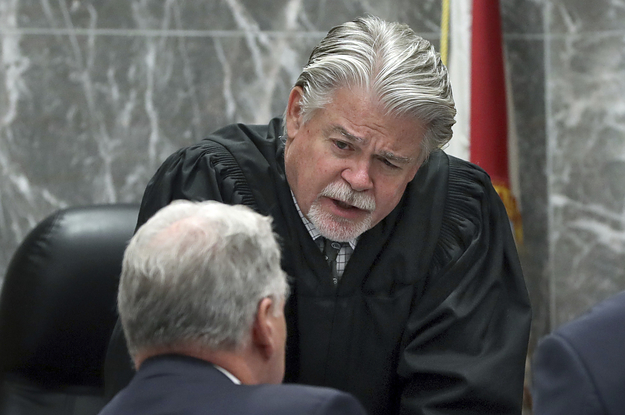 "Putting on a beach cover-up won't cover up you're poolside in a bathing suit," the judge wrote in a letter to attorneys.

At least one male attorney showed up to a recent virtual Zoom court hearing shirtless to represent his client, while another attorney was still in bed, under the covers - prompting a Florida judge to remind attorneys, although they are telecommuting, to "treat court hearings as court hearings."

"We've seen many lawyers in casual shirts and blouses, with no concern for ill-grooming, in bedrooms with the master bed in the background," Broward County Judge Dennis Bailey, who sits on the board of the Weston Bar Association, wrote in a message to lawyers. "And putting on a beach cover-up won't cover up you're poolside in a bathing suit."

The rebuke came as Broward County courts, like others across the country, adjust to the quick transition from in-person hearings to virtual hearings because of the coronavirus pandemic.

To keep up with the legal obligation of court hearings, multiple jurisdictions have resorted to services like Zoom to hold court hearings while communities remain under stay-at-home orders.

But in the letter to attorneys, Bailey cautioned lawyers that the casual nature that some people adopt during work-related Zoom meetings does not apply to the courtroom - even if it is a virtual one.

"The judges would appreciate it if the lawyers and their clients keep in mind these Zoom hearings are just that: hearings," Bailey wrote. "They are not casual phone conversations."

Using Zoom or other applications for court hearings that are normally held in person have proved to be a challenge for courts. In his open letter to lawyers, Bailey also pointed out that attorneys need to send exhibits in advance, to coordinate with third-party witnesses for swearing-in on camera, and to adjust to the fact that Zoom meetings might take longer because of technical glitches or a lag in video and audio.

"Often, lawyers are not looking at their screens but down at their files, their outlines and notes, or simply out the window, and cannot see the judge is hollering 'Stop! Stop!' because an objection has been made and the audio stays with the witness rather than obeying the judge," he wrote. "If all this sounds like a challenge, it is."

And though the virtual hearings have proved to be a challenge, the judge asked lawyers to work as best they can to make the current system work, for the time being.

"At the end of the day, we conduct these hearings as best we can, knowing we're running on one of those miniature spare tires we pulled from the trunk rather than a 'real' tire," he wrote. "We'll get there, but it may get a little bumpy along the way."