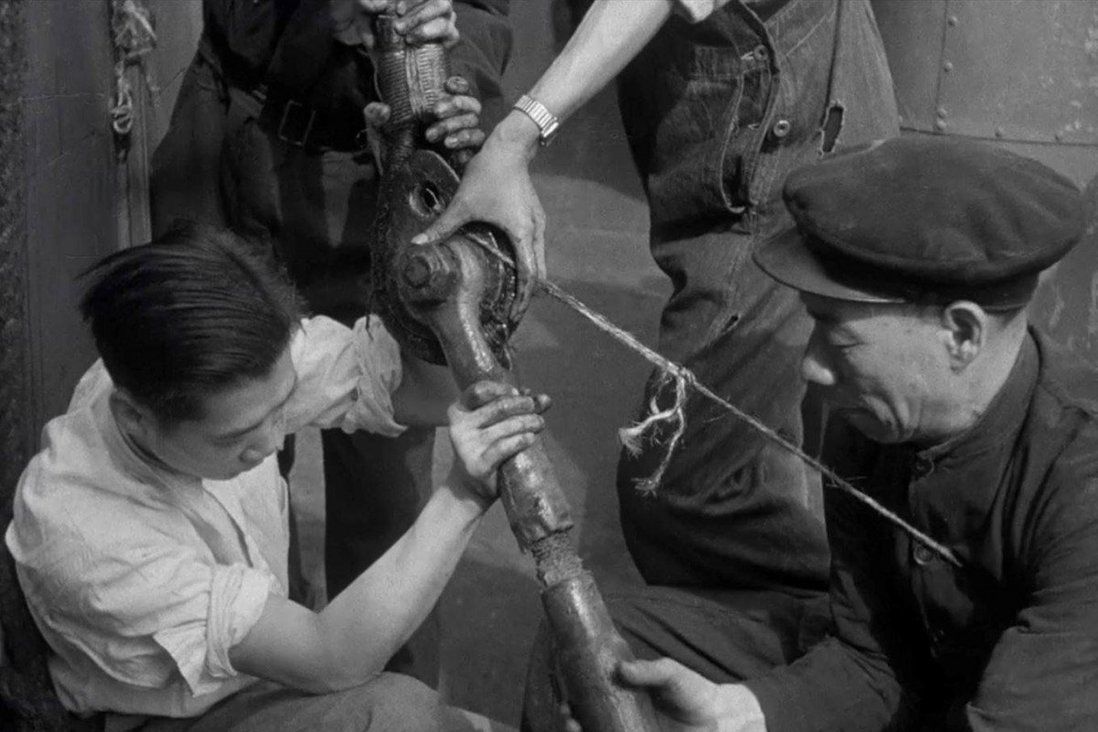 Now, the British parliament is being urged to formally apologise for what has been called one of the “most nakedly racist incidents ever instigated by the British government”.

Liverpool MP Kim Johnson, who grew up near Liverpool’s Chinatown where many of the men were last seen, has tabled a motion in the Houses of Parliament calling for an official apology.

The motion, designed to trigger a debate rather than a vote, noted that the “atrocity” left many working-class Liverpool families “abandoned without support and with no idea of what had happened”. 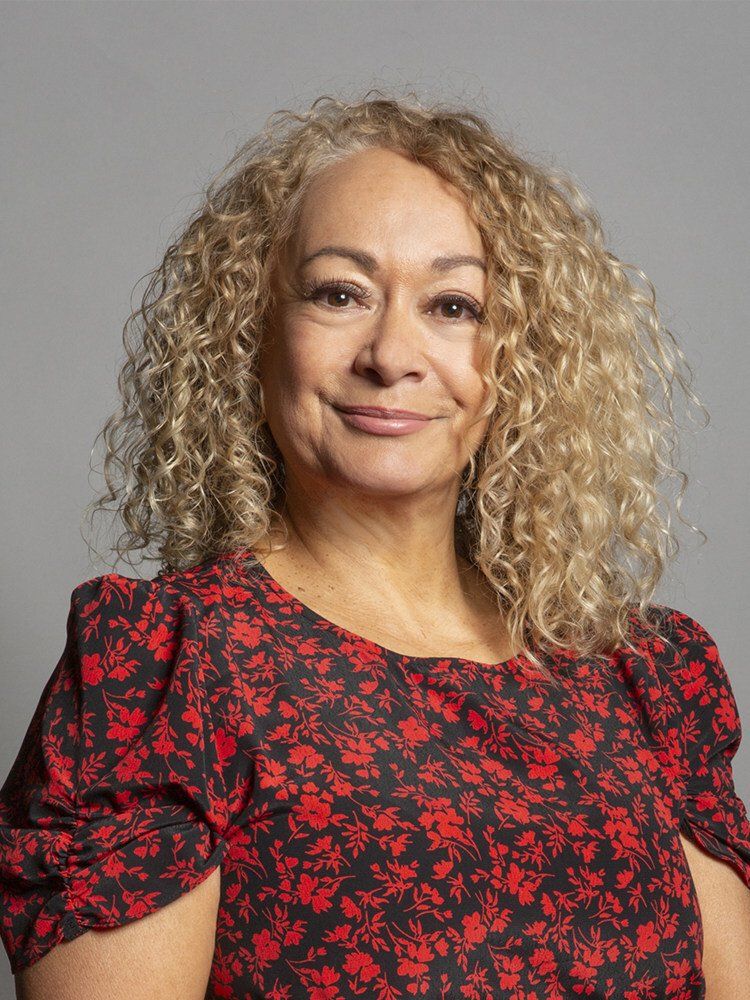 Kim Johnson is the Labour MP for Liverpool.

“Countless families suffered a lifetime of trauma as a result, many of whom died without ever knowing the truth about what happened to their loved ones, with descendants still searching for answers and lost family members,” the motion reads.

Official records of how government officials and police plotted to remove the seamen from the country were kept secret for 50 years.

“I think the worst part of the whole sorry story is the fact the government buried the papers for such a long time,” Johnson told South China Morning Post. “They were restricted for 50 years, so it was only in 2000 that the truth started coming out bit by bit.”

It was in October 1945, just months after Germany’s surrender, that officials from the Foreign Office, the Ministry of War Transport and immigration police met in Whitehall to start devising a plan for the “compulsory repatriation of undesirable Chinese seamen”.

By December of that year, and throughout 1946, the Chinese were deported. Many of them were poor, some illiterate. Most had been among the 20,000 Chinese mariners who worked on ships sailing the treacherous Atlantic supply route between the United States and England.

They worked long hours for lower wages than their white peers, were never given the war risk bonus offered to other crew members, and were routinely denied shore leave at US ports on the grounds they might jump ship.

Yet only a year before the deportations began, the government’s war propaganda unit praised the seamen and other Chinese who helped Britain in the war. 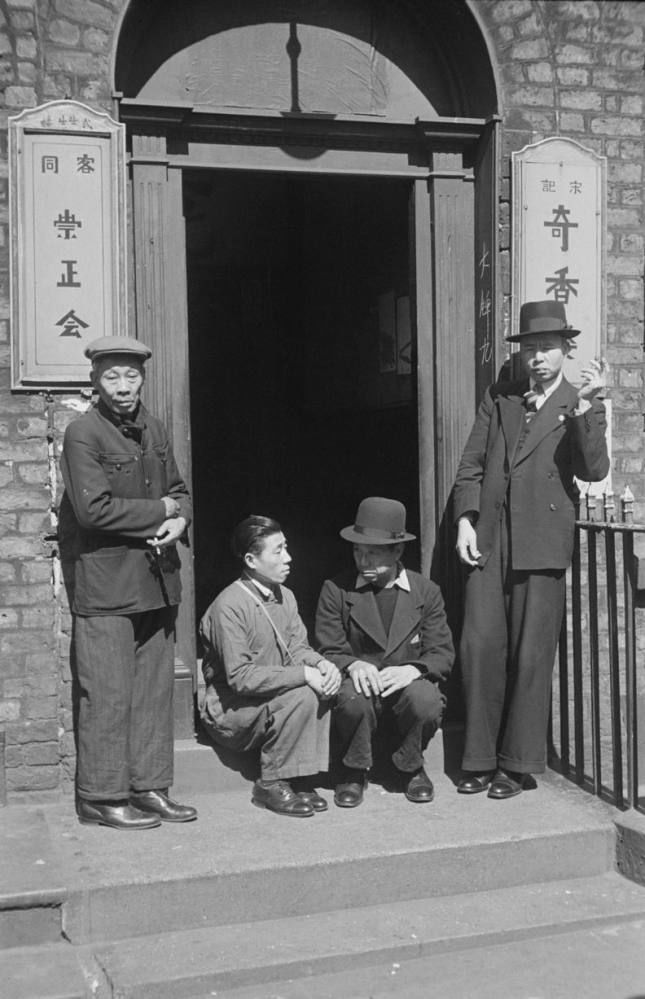 A group of Chinese seamen outside a Chinese-hostel in Liverpool in 1942.

“China fights not only on the land in the east engaging huge Japanese forces but in the west, on the allied front, shoulder to shoulder in the greatest naval battle in history alongside their British seamen comrades,” an old propaganda film, called The Chinese in Wartime Britain, said.

To mark the 75th anniversary of the deportations, several children and grandchildren of the sailors gathered last week at Liverpool’s Pagoda Arts Chinese community centre, a few streets from the city’s arched gateway to Chinatown.

About 300 of the deported seamen had started families with local and Irish women.

Now elderly descendants recounted the pain of growing up without a clue who their father was or why the men were forced to leave. There was also a deep sense of frustration that it has been left to the children to try and piece together what happened to the men.

Now, they want the government and the City of Liverpool to make amends. Some have even suggested launching a class action against the council and the UK government.

“I’m tired, I’m in my seventies and I’m still fighting the institutions,” Perry Lee, with a thick Liverpool accent, told the gathering.

“We want a memorial park. But we want it to be a teaching resource for me and my children to know what happened to my dad because we were surplus requirements. My dad was torpedoed twice in the North Atlantic, but who cares about that?”

Peter Foo, aged two when his father originally from Hainan disappeared, said: “There are still a lot of things people don’t know about what went on in this city against the Chinese. A lot of the buildings that belonged to the Chinese were taken when they were deported.”

It was believed that more than 200 women later reunited with their husbands in China. Under the government’s Alien Act of the time, UK-born women were also considered “alien” if they married a foreigner.

Yvonne Foley’s mother once intended to join her husband in China, but eventually remarried.

Foley spent years trying to find her biological father after her mother revealed her Chinese heritage once she turned 11. “It was like searching for a needle in a haystack,” she told the Post. “But in the process of looking, I found myself.”

Foley has written a book on the seamen and she was instrumental in having a commemorative plaque installed on Liverpool’s waterfront in 2006.

Some descendants have proposed turning the old Nook building in Liverpool’s Chinatown into a museum. The building, which was once a pub, has been boarded up.

Labour MP Johnson, who has Afro-Caribbean heritage, said it won’t be easy extracting an apology from the government.

In March, Prime Minister Boris Johnson was evasive when Kim Johnson called for an apology.

“We are certainly very grateful across the country to the Chinese community for their amazing contribution and her message has been heard loud and clear,” Boris Johnson told parliament.

Kim Johnson has yet to seek the support of Labour leader Keir Starmer. The prime minister at the time of the deportations was Clement Attlee, of the Labour Party.

“We are a resilient city and we are known for fighting for justice,” she said. “While I am an MP, I will continue to fight for justice for descendants of the deported seaman. It’s a part of Liverpool City’s history that needs to be known and not hidden away.”

Oberver 115 days ago
It is a fact that Europeans are all racists and anti human right. It is fine until they start accusing others of racism, human rights etc. It just exposed their hypocrisy. Just like they are killing millions of Middle Easterners and destroying their homeland then get upset about the refugees they created coming to their shores. The world will be a better place if the Europeans just keep to improving their own countries to stay on top rather then destroying others to stay on top.
View all comments (1)Add comment