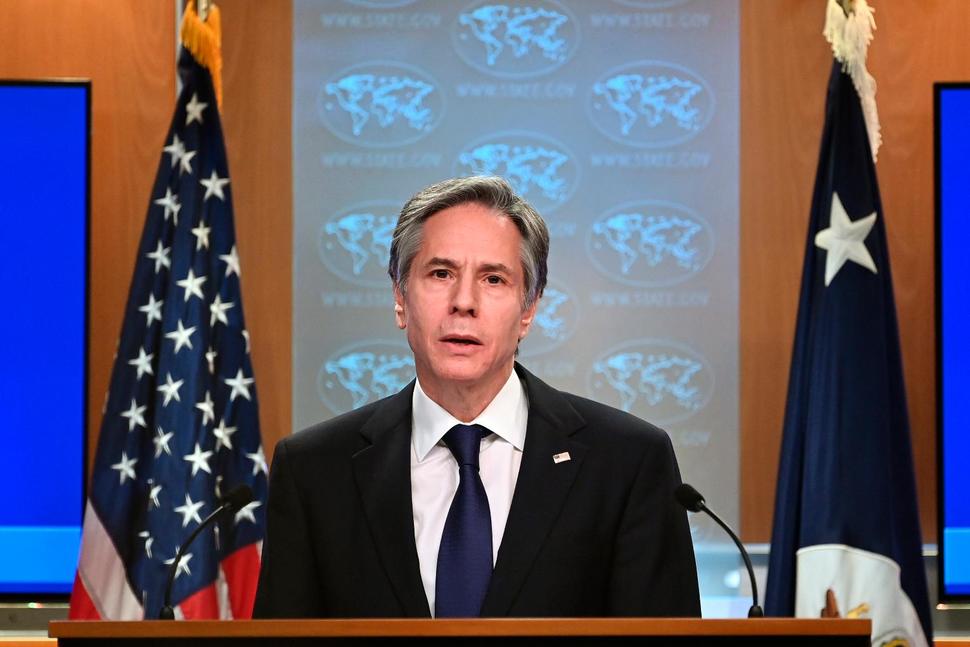 The US Secretary of State Antony Blinken, on Wednesday reaffirmed a determination made last year by the Trump administration that Hong Kong is no longer autonomous and remains undeserving of special treatment by the United States, AP reports.
In a notice sent to Congress, Blinken said China had continued to "dismantle" Hong Kong's autonomy since his predecessor, Mike Pompeo, first made the determination in May 2020.

As a result, Blinken said, the former British colony does not warrant U.S. trade and financial perks it had enjoyed since it reverted to Chinese rule in 1997 with a pledge from Beijing that it would enjoy significant autonomy for 50 years.

The decision is yet another indication that President Joe Biden's administration has not strayed from the hard line that was taken by President Donald Trump on China. On Tuesday, the State Department once again repeated the Trump administration's characterization of Chinese treatment of Uighur Muslims and other minorities in China's western Xinjiang region as "genocide."

"Over the past year, the People's Republic of China has continued to dismantle Hong Kong's high degree of autonomy, in violation of its obligations under the Sino-British Joint Declaration and Hong Kong's Basic Law," Blinken said. "In particular, the PRC government's adoption and the Hong Kong government's implementation of the National Security Law have severely undermined the rights and freedoms of people in Hong Kong."

In an accompanying report, Blinken cited the passage of the security law as well as arbitrary arrests and detentions of pro-democracy demonstrators, opposition figures and politicians as well as a sharp reduction in the number of directly elected members of the territory's legislature.

The certification to Congress is required by the Hong Kong Human Rights and Democracy Act, which passed overwhelmingly with bipartisan support in 2019 and was signed into law by Trump.

The law requires the U.S. to impose sanctions against officials held responsible for human rights abuses in Hong Kong as well as determine whether the city continues to warrant special status. Both the Biden and the Trump administrations have imposed sanctions on Chinese and Hong Kong officials as a result of the determinations.

Under the terms of a China-Britain agreement, Hong Kong was to have enjoyed significant autonomy from the communist government in Beijing for 50 years starting in 1997. That autonomy was to have included protections for free speech and self-rule under what China has termed a "one country, two systems" policy.

"We will continue to call on the PRC to abide by its international obligations and commitments; to cease its dismantlement of Hong Kong's democratic institutions, autonomy, and rule of law; to release immediately and drop all charges against individuals unjustly detained in Hong Kong; and to respect the human rights of all individuals in Hong Kong," Blinken said.
#Donald Trump  #Joe Biden
Add Comment