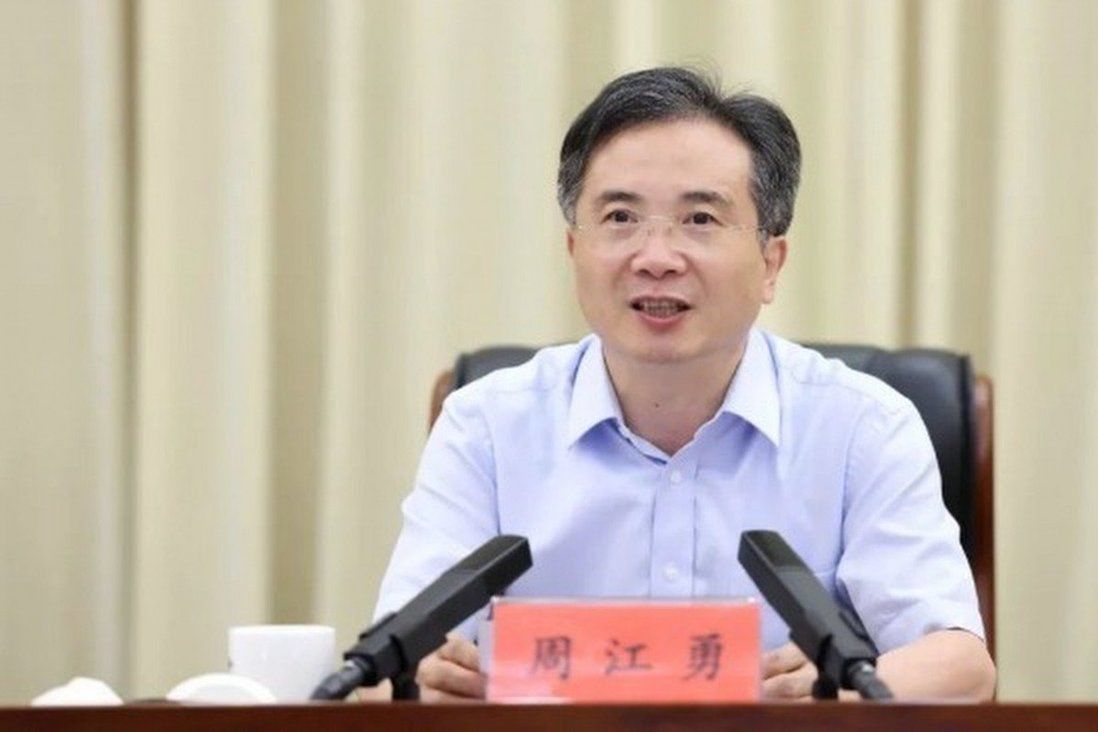 Zhou Jiangyong, 54, has been accused of serious violations of discipline and law.

The Communist Party boss of a major city in eastern China is under investigation for alleged “serious violations of discipline and law”, the party’s anti-corruption watchdog said on Saturday night.

The Central Commission for Discipline Inspection did not say why Hangzhou party secretary Zhou Jiangyong was under investigation.

Zhou is the most senior official in Zhejiang to be investigated in recent years.

The announcement came just a day after Zhou, 54, chaired a meeting on coal consumption and carbon neutrality with other city leaders on Friday afternoon, according to the official Hangzhou Daily.

The report said Zhou told the meeting that Hangzhou should promote low-carbon options and take the lead in exploring a new green and low-carbon oriented high-quality development.

Hangzhou is the provincial capital of Zhejiang and has a thriving private sector.

The city’s economic output accounts for a quarter of the province’s total and Zhejiang is one of China’s richest provinces.

The city has been designated as a test bed for a national plan to achieve “common prosperity” and released details last month on how it would work towards that goal.

Hangzhou would strive to set an example in reducing the gap between urban and rural areas and achieving common prosperity, the draft plan said.

Zhou started his career as a middle schoolteacher in an area that became Yinzhou district in Ningbo before quickly becoming the general secretary of the county’s youth league committee.

His entire political career has been in Zhejiang.

Before becoming the party secretary of Hangzhou in May 2018, Zhou held similar positions in the cities of Zhoushan and Wenzhou.

The investigation into Zhou came two days after another official in the province came under a cloud.

On Thursday, Ma Xiaohui, former party secretary of Huzhou “voluntarily surrendered” for suspected “serious violations of discipline and law”, according to state media.

It is very unusual for such a topic to become so prominent on social media.

“He was attending a meeting yesterday, but is suddenly under investigation today. I think it is a surprise to most people. It shows the central government is really determined to fight corruption,” one Weibo user said.