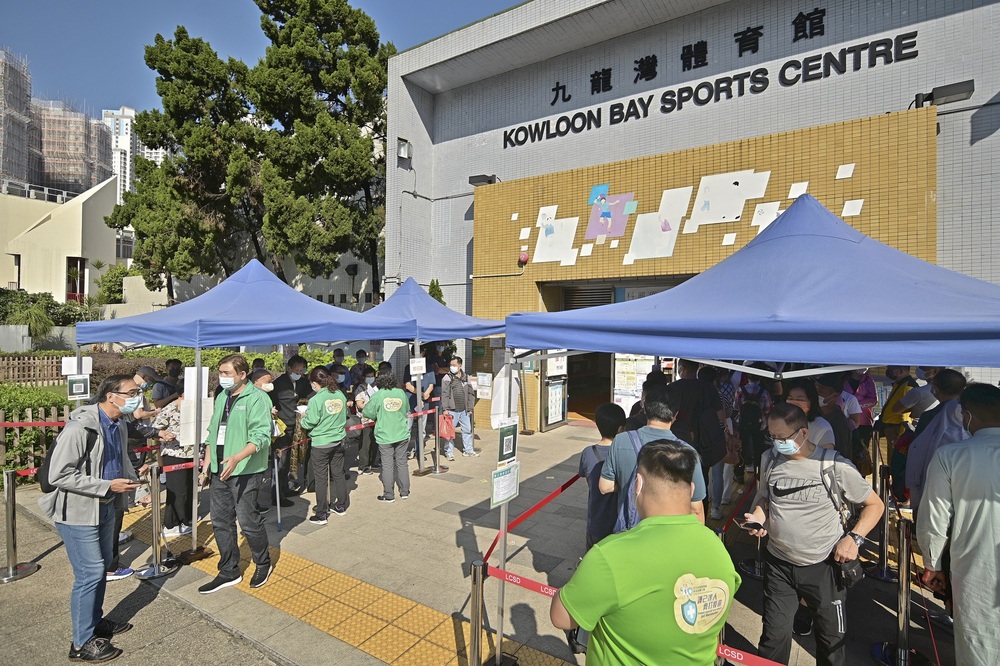 The ICAC on Friday charged a nurse and four others for faking Covid jab records.
The move came after the ICAC received a corruption complaint, allegedly that the group have conspired to make false vaccination records by pretending to have been inoculated with the Covid vaccine at a communication vaccination center.

The registered nurse Carmen Ho Ka-man, 34, along with Liu Hoi-yan, 42, and her mother Siu Hang-yee, 70, both housewives, face one count of conspiracy to commit forgery.

They were released on ICAC bail, pending their appearance in the Kwun Tong Magistrates' Court next Tuesday (Apr 12) for plea.

The anti-corruption watchdog said their investigation revealed that Ho was engaged by Quality HealthCare Medical Services Limited to work at a vaccination center at Kowloon Bay Sports Centre when the alleged offences took place between January and late February this year.

Despite the fact that nurses were prohibited from providing vaccination services to family members or friends, the co-defendants went to the center and visited Ho's vaccination booth, after which they were issued vaccination records by Ho without getting vaccinated, an ICAC statement wrote.

The watchdog’s inquiries found Liu and Cheng Nga-yi are friends of Ho, who had separately told Ho their worries about the side effects of vaccination and the restricted access to a number of venues following the implementation of the Vaccine Pass arrangement.

An ICAC spokesman noted that it is a civic duty to get vaccinated and support the city’s fight against Covid, reminding members of the public to never resort to illegal means to obtain any false vaccination records.

“Forgery is a serious offence. Any person who commits the offence is liable on conviction to imprisonment for 14 years,” said the spokesman.
#Vaccines  #vaccine  #Covid
Add Comment