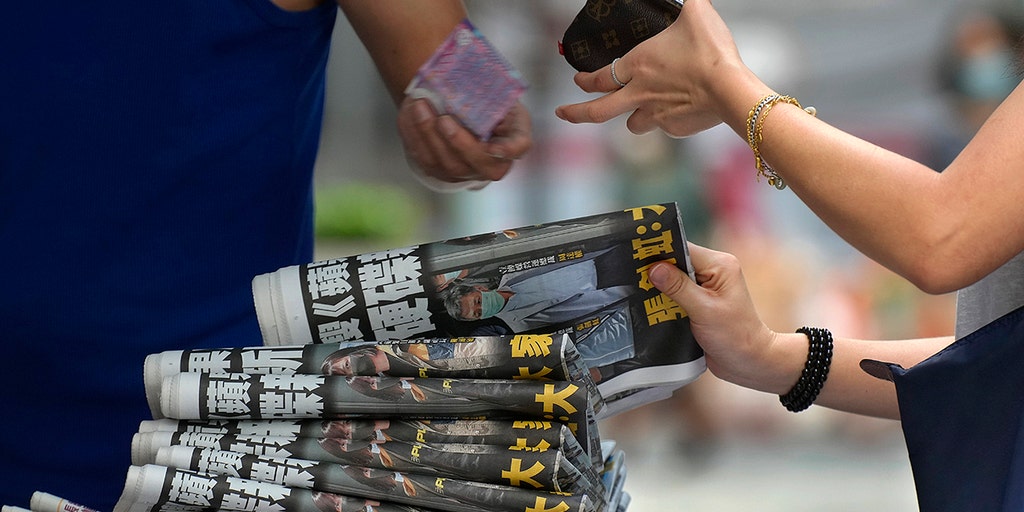 Another independent Hong Kong news site will no longer operate because of the dangerous conditions of free speech in China.

CitizenNews was originally founded in 2017 as an independent news operation that was born out of the fight over Hong Kong’s democracy and press freedoms. However, on Sunday, CitizenNews, officially announced in a lengthy statement that it would cease publication starting Jan. 4. 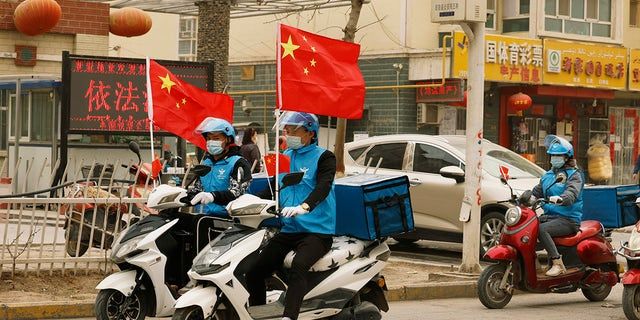 "We announced with a heavy heart that CitizenNews will cease operation starting from January 4, 2022 (Tuesday). Our website will stop updates and shut down later," the statement read.

This statement arrived days after another pro-democracy site Stand News was forcibly closed after seven current and former employees and contributors were jailed for allegedly conspiring to publish "seditious materials" and encouraging hatred toward the government. This came after the Chinese Communist Party enacted a National Security Law in June 2020 which was aimed to deter protests.

This news appeared to influence CitizenNews' decision as the statement described concerns for the "safety and well-being" of everyone in the organization. 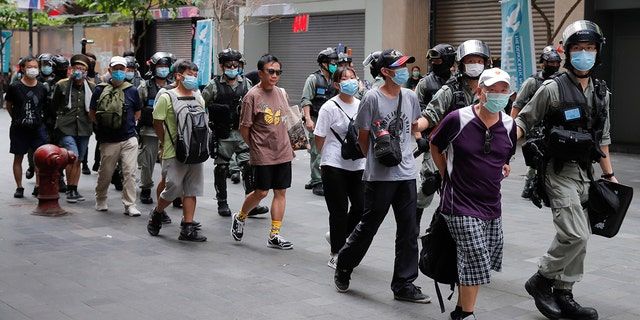 Police detain protesters after a protest in Causeway Bay before the annual handover march in Hong Kong, Wednesday, July. 1, 2020. Hong Kong marked the 23rd anniversary of its handover to China in 1997, and just one day after China enacted a national security law that cracks down on protests in the territory. Hong Kong police said on Facebook they had arrested over 30 people on various charges, from unlawful assembly to the violation of a national security law on the first day of the law.

"We all love this place, deeply. Regrettably, what was ahead of us is not just pouring rains or blowing winds, but hurricanes and tsunamis," Citizen News wrote. "We have never forgotten our original intent. Sadly, we can no longer strive to turn our beliefs into reality without fear because of the sea change in the society over the past two years and the deteriorating media environment. At the centre [sic] of a brewing storm, we found ourself [sic] in a critical situation. In the face of a crisis, we must ensure the safety and well-being of everyone who are on board."

In addition to arresting the members of Stand News, two former editors of the site were charged with sedition and denied bail. 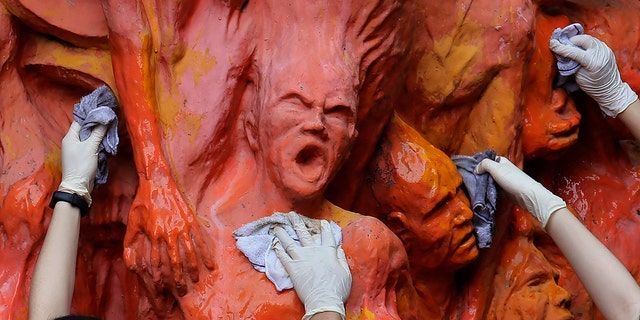 University students clean the "Pillar of Shame" statue, a memorial for those killed in the 1989 Tiananmen crackdown, at the University of Hong Kong Tuesday, June 4, 2019. A monument at a Hong Kong university that commemorated the 1989 Tiananmen massacre was boarded up by workers late Wednesday, Dec. 22, 2021, prompting fears over the future of the monument as the city's authorities crack down on dissent.

Hong Kong has faced increasingly harsh crackdowns on its independence and freedoms as a result of China’s controversial National Security Law passed in 2020. Various other dissenting organizations were shut down along with monuments commemorating the Tiananmen Square protests of 1989.