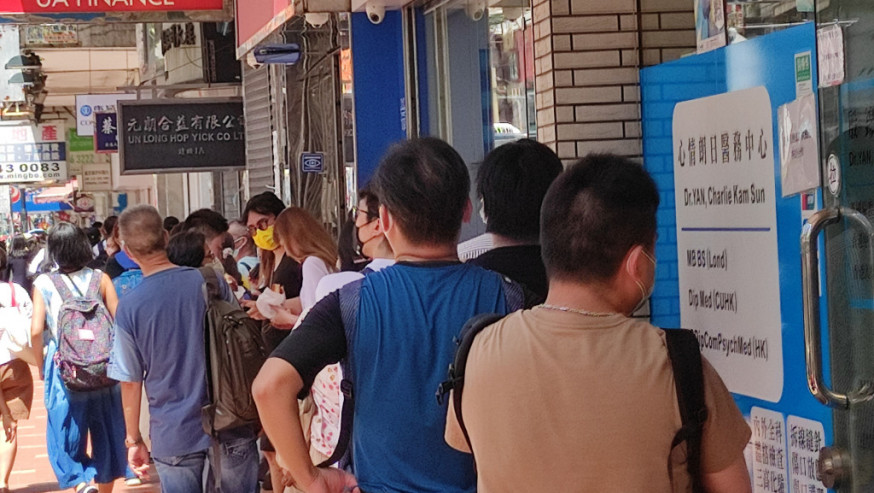 Another doctor arrested in jab exemption controversy released on bail

Annie Choi Suk-mui, one of the seven doctors arrested for suspectedly issuing fraudulent Covid vaccine exemptions, was released on bail of HK$100,000 on Tuesday and saw her hearing adjourned to December 13.
Choi, 64, was charged with two counts of conspiracy to defraud the SAR government for dishonestly assessing and ruling two people unfit for Covid jabs and issuing the exemption certificates on September 3, 2022.

Her case was mentioned for the first time before principal magistrate Don So Man-lung at the Tuen Mun Magistrates' Courts this afternoon.

Choi needed not yet enter a plea, and Judge So adjourned the hearing to December 13, pending further investigation, as requested by the prosecution.

Choi was released on bail of HK$100,000 and must surrender all her travel documents. She must report to the police thrice weekly and is barred from contacting the prosecution's witnesses, including three nurses who work at her clinic.

The defense then pointed out that Choi is still running her clinic and will come into contact with the three nurses. Yet, Choi promised she would not discuss the case with the nurses.

Both sides also confirmed Choi no longer has the authorization to log into the government's eHealth system to issue vaccine exemptions.

It is understood that the two people who collected the exemptions from Choi, as mentioned in the writ, have yet to face any charge.

Earlier, another arrested doctor Tai Kong-shing, 76, was also released on bail by the Kowloon City Magistrates' Courts. He was charged with three counts of obtaining access to a computer with dishonest intent to deceive. He will appear in the next hearing on December 16.
#vaccine  #Covid
Add Comment