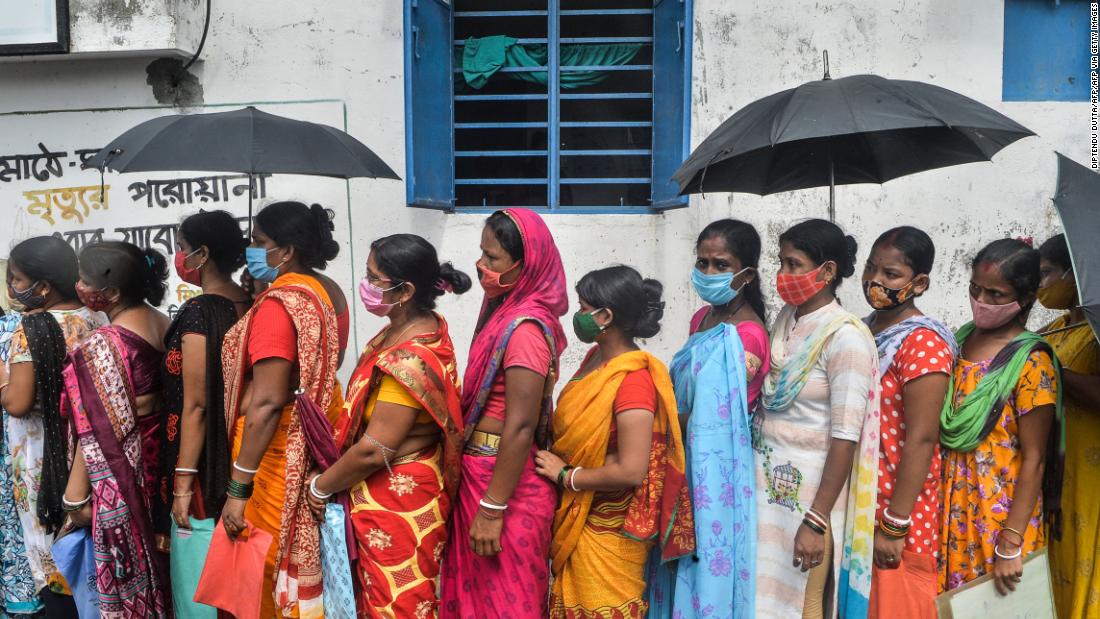 News that fully vaccinated travelers from India and many African countries will face mandatory quarantine in the UK, despite a relaxation of the country's inbound travel rules, has caused an outcry and accusations of discrimination.

The UK's revised travel advisory will take effect on October 4 and visitors from its list of "high risk" countries -- including India, more than 20 African countries and most Latin American nations -- will still have to quarantine in a hotel for 10 days despite being fully vaccinated.

According to the new travel guidelines, passengers from the US, EU, and 18 other territories who have received full doses of UK-approved vaccines, including formulations of approved vaccines such as the Indian-made AstraZeneca shot branded Covishield, will not have to quarantine when they arrive in the UK.

No African country was included in the UK's green-listed countries. However, nearly half of 54 countries on the UK's high-risk list, also known as the "red list" -- comprising predominantly developing nations -- are from Africa.

The backlash against the UK's revised travel policy had initially stemmed from the reported exclusion of the Covishield shot from the list of approved coronavirus vaccines.

Covishield is manufactured by the Serum Institute of India (SII), the world's largest vaccine maker. The African Union and Africa Centres for Disease Control (ACDC) had described Covishield as the "backbone" of the COVAX initiative, a global vaccine sharing initiative for low- and middle-income countries.

The vaccine was later included in an updated guideline released by UK authorities following a strong reaction from the Indian government and the Africa CDC.

The Africa CDC had questioned why the UK, a major financier of the COVAX scheme, would decline to recognize vaccine certificates from recipients of shots donated by COVAX. "If you send us vaccines and we use those vaccines, and you say you don't recognize people that have been immunized, it sends a very challenging message for us," John Nkengasong, director of the Africa CDC said at a press conference last week.

"When we consider what we have gone through in Africa for people to get vaccinated amid all sorts of negative information and myths surrounding the Covid-19 vaccine, this news can affect the exercise to vaccinate as many people as possible because it may be misunderstood as though the vaccine being administered in Africa has no efficacy," Jobe said. "The UK government should revisit its stand."

The UK government acknowledges there is "frustration" with its new travel policy.

The British High Commission has issued statements in parts of Africa including Nigeria and Ghana saying: "We understand that there has been some frustration that new UK travel rules, coming into force on 4 October, will continue to require people traveling to the UK from Ghana to self-isolate despite having received two doses of recognized Covid-19 vaccines in Ghana."

It adds that: "The UK is committed to opening up international travel and we are using our Covid-19 vaccination certification process to enable those wishing to enter the UK to do so safely."

The UK has also faced criticism for leaving African countries on its list of high-risk destinations, even as Covid numbers were declining rapidly on the continent, according to the WHO.

Thousands of South Africans have signed a petition calling on UK authorities to remove the country from its red list, as the country exits the third wave.

African countries have been significantly less affected by the pandemic compared to other parts of the world.

South Africa's minister of international relations and cooperation, Naledi Pandor, has described remaining on the UK's red list as "a political punishment."

"Keeping us on the red list sounds like a political punishment of some kind that we do not understand at all," Pandor said in an interview with CNN.

"Furthermore, I was horrified... to be informed by a South African citizen that a travel agency she was using to plan a trip to the United Kingdom said there's also some statement from the UK that if you come from a red list country, even if you are vaccinated, they do not recognize your vaccine amount. I find this astounding," Pandor added.

The certificate enables fully vaccinated people to travel freely within the EU and the European Medicines Agency (EMA) approved the AstraZeneca shot (branded Vaxzevria) which is manufactured by vaccine makers in Europe, the US, South Korea, and China.

The EMA said this version was licensed within the EU but the Indian version of the AZ vaccine produced by SII was not.

Covishield has since become accepted across parts of Europe, with more than a dozen European countries now recognizing the shot for travel.

The delay in approving the Covishield vaccine appears to be because of fears over vaccine certificate fraud. The British high commissioner to India, Alex Ellis, has said that "Covishield is not the issue," but suggested instead that the exclusion of double-jabbed Indian travelers from the UK's quarantine waiver appears to be because of unresolved issues on India's vaccine certificates.

There were currently technical conversations ongoing between the builders of the Indian and UK vaccine apps with the aim of moving India and other countries on to its quarantine waiver list, Ellis said.

The European Union's law enforcement agency had earlier raised alarm over the "illicit sale of false negative COVID-19 test certificates." In a February report, Europol stated forged Covid documents were sold for up to £100 ($134) in the UK.

In July, the US Department of Justice announced that it had arrested a California doctor for running a fake Covid-19 immunization and vaccine card scheme.

Security researchers at cybersecurity firm Check Point Software also reported that vaccine certificates from various countries including the US were selling on the dark web for around $200 each.

Some experts say the illicit trade in vaccine cards and digital passports is to be expected. "Not everyone has access to the vaccine; rollouts are slow in many countries, and people are tired of lockdowns and curfews," said Michela Menting, who covers cybersecurity for ABI Research.

"If people can easily get hold of a fake passport to avoid restrictions, then they will, and an illicit market will spring up around it."