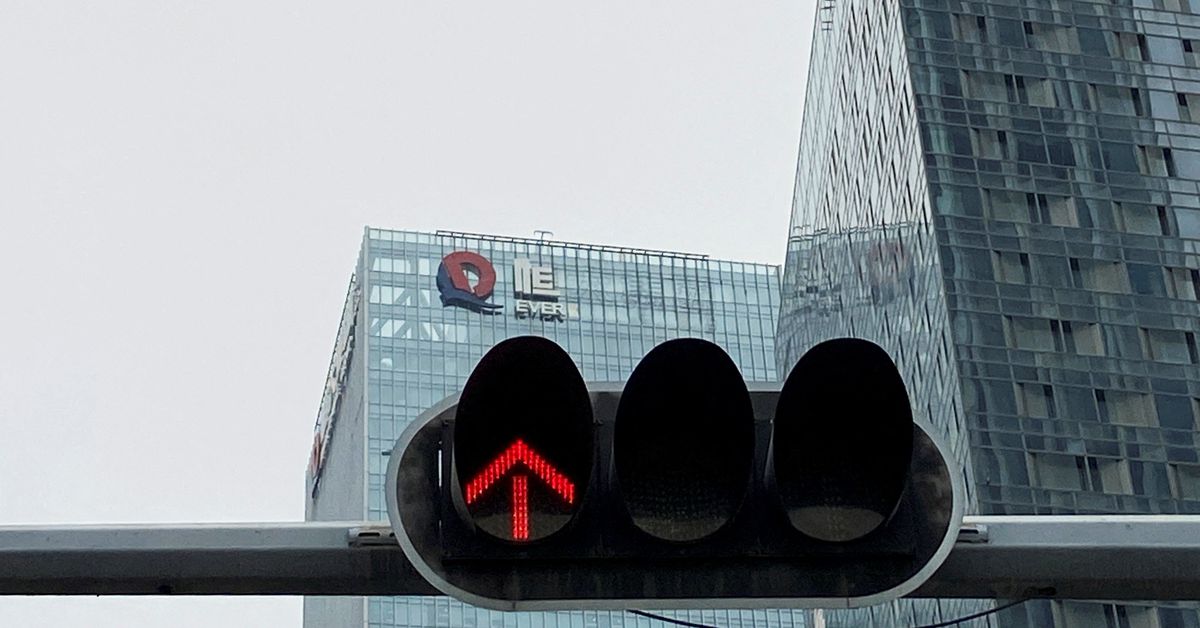 If this week's developments at China's most indebted property developer are anything to go by, 2022 might see Beijing soften its attempts to purge the sector and make more allowances for economic stability.

China Evergrande Group (3333.HK), whose rocky financial situation has roiled Chinese property firms and global financial markets over the past year, got a reprieve this week after investors agreed to extend a payment date on a yuan bond.

The extension proposal, which a source familiar with the situation said had been implicitly greenlighted by regulators, offered investors a glimpse of what to expect from other property firms scrambling to service their debts.

The sector has been at the fore of Beijing's attack on bloated industries, high debt levels and over-investment as it strives for common prosperity and higher-quality growth.

But no one's quite sure how far the Communist Party is prepared to go to sacrifice the heavy contribution that real estate makes to the economy, or dispel unhealthy investor expectations of state bailouts.

Analysts said regulators seem to favour market-based debt workouts while trying to shore up investor and homebuyer confidence and soften the economic impact at a time of renewed focus on stability. It is a difficult balance.

"The concern seems to be primarily focused on homebuyers, secondarily on workers and contractor counterparties," said Charles Chang, senior director and China Country Lead at S&P Global Ratings. "...the government is demonstrating that it would like the market to function."

"Market discipline will continue to be a theme, but it won't just be for the real estate sector, it will be for other sectors as well. The government's view on this seems to be pretty clear."

The stakes are high in a year in which President Xi Jinping is expected to secure an unprecedented third five-year term as president at the 20th Party Congress this fall.

In a recent note, JPMorgan analysts flagged the property market slowdown as the biggest threat to economic stability, noting that a 5 percentage point slowdown in investment could directly and indirectly lower GDP growth by as much as 0.7 percentage points.

Analysts surveyed by Reuters this week expect China's economic growth to slow to 5.2% this year.

The deal between Evergrande's Hengda Real Estate Group and holders of its 4.5 billion yuan ($707.60 million) bonds allowed the firm to avoid a technical default that could have complicated its restructuring.

The company has been struggling to repay more than $300 billion in liabilities, including nearly $20 billion of offshore bonds deemed in cross-default by ratings agencies last month after it missed payments.

It is not alone, with Chinese developers facing $116 billion in maturing debt this year, according to Refinitiv. 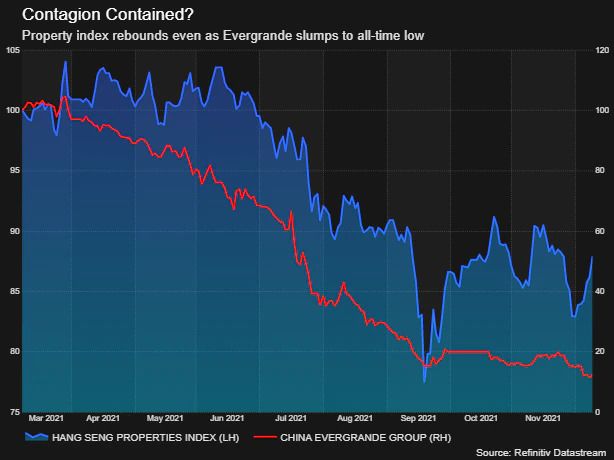 Growing stress in the property sector has prompted Beijing to soften its clampdown at the margins, relaxing debt ratio rules dubbed the "three red lines" to ease acquisitions by state-owned developers.

"For developments to continue and to limit contagion risks, it is important to avoid a large number of distressed firms. This is why policy support should arrive, be it through increased lending by state banks or through facilitating asset acquisitions by state-owned developers," said Wei-Liang Chang, an FX and credit strategist at DBS Bank in Singapore.

At the same time, forcing some leveraged developers into debt restructurings could reinforce the message of credit discipline for developers and investors, he said.

Michael Pettis, a non-resident senior fellow at the Carnegie–Tsinghua Center for Global Policy, expressed scepticism that Beijing would make significant progress in addressing property sector debt risks this year, noting that moves such as relaxing the three red lines have simply allowed the shifting of debt burdens to state-owned firms from the more constrained private sector.

"China hasn't really resolved the fundamental issue ... You can't have less debt and the same amount of growth. There's just no way. And because this is a politically important year, my guess is growth is going to win over yet again."