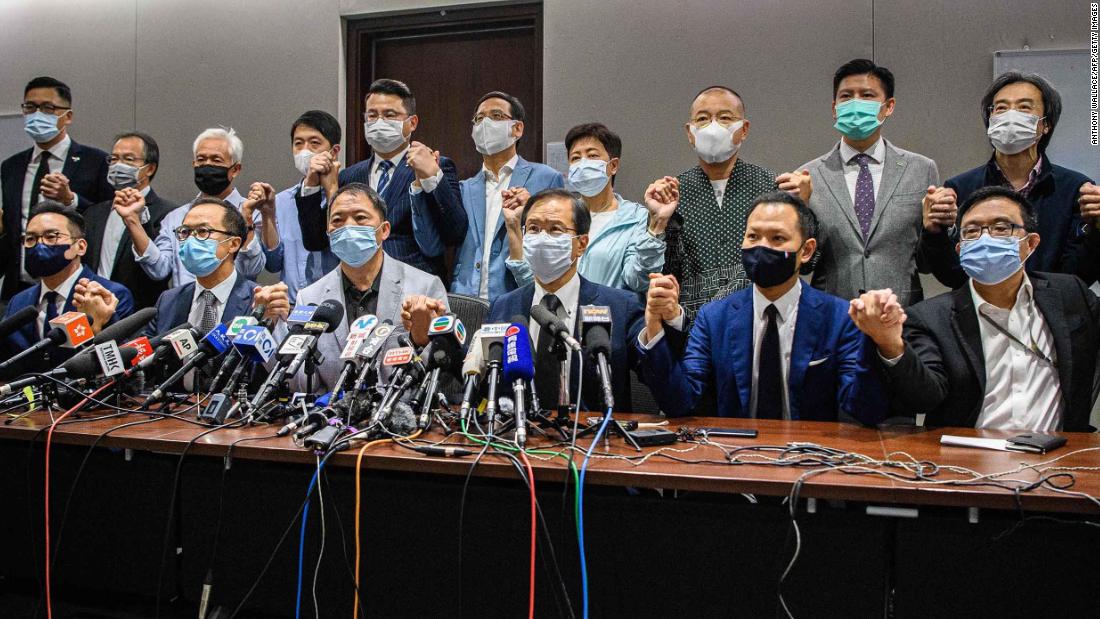 Analysis: Beijing gives up on even the pretense of allowing opposition in Hong Kong

For more than two decades, Hong Kong has been the freest city in China, a status symbolized by two things: regular street protests, and elections to the city's legislature.

Both are supposedly guaranteed by the one country, two systems policy that governed Hong Kong following handover from British to Chinese rule in 1997, making the city the only place in China where vocal opposition to the Communist Party was protected, or even permitted.

This year, China's leaders took aim at both these rights. In June, in response to months of increasingly violent anti-government unrest in 2019, Beijing imposed a national security law on the city. The legislation, which bypassed Hong Kong's semi-democratic parliament, banned subversion, secession, terrorism, and collusion with foreign forces, with severe prison terms for anyone found in breach.

This week, China's leaders provided yet another weapon for clamping down further on dissent, giving local authorities, led by Chief Executive Carrie Lam, broad new powers to expel lawmakers they deem unpatriotic without going through the courts.

Four pro-democracy legislators were swiftly ousted from the city's parliament on Wednesday in the aftermath of the new directive. They will be followed by the entirety of the pan-democrat opposition camp, who announced their decision to resign en masse in protest soon after.

Lam, the city's Beijing-backed leader, has defended the new ruling. At a press conference Wednesday, she said that those who do not respect China's sovereignty "cannot genuinely perform their duties as legislators."

"I welcome diverse opinion in the Legislative Council and respect the checks and balances," Lam said, adding that, "all of those responsibilities must be exercised responsibly."

The broad new measure is only the latest encroachment by Beijing on Hong Kong's supposed autonomy, effectively snuffing out the last remaining avenue for the city's residents to voice political dissent.

A little more than one year on from last summer's pro-democracy protests, which at their height attracted more than 1 million people, Hong Kong is looking a lot more like China, where you can't take to the streets, you can't participate in free and open elections, and you can't voice any meaningful opposition to the government without risk of imprisonment.

While Hong Kong's legislature will likely continue with a host of pro-Beijing lawmakers carrying out something resembling democratic governance, the reality is likely to be closer to China's model of one-party rule. 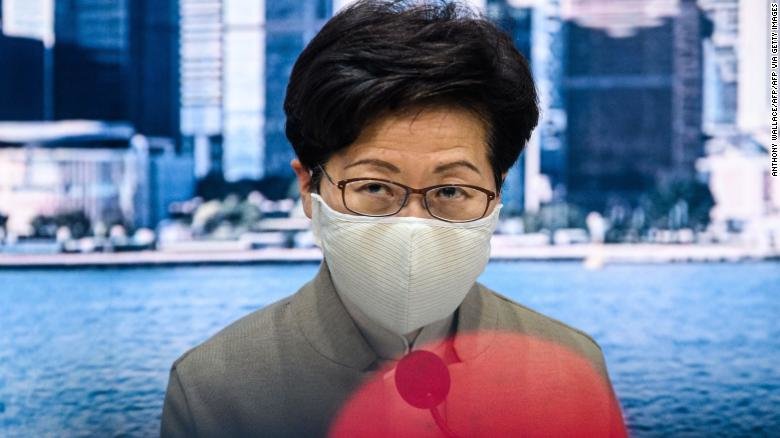 Chief Executive Carrie Lam speaks during a press conference at the government headquarters in Hong Kong on November 11, 2020.

Speaking on July 1, 1997, the day Hong Kong officially became part of the People's Republic of China, Martin Lee, founder of the city's Democratic Party, called on Beijing to live up to the promises made to its new citizens.

Referring to the agreement signed with the British handing over Hong Kong to Chinese rule, Lee said China's leaders had promised "we will have an elected legislature and that our freedoms will continue under the rule of law."

That was over 23 years ago. Lee is now 82, white haired, and a symbol of the type of patriotic opposition envisioned by one country, two systems.
Lee had been part of the sole legislature in the city's history to be fully elected, in the last months of British rule, before it was disbanded by Beijing and replaced by an appointed body.

Progress towards further democracy in the ensuing years was scant at best. Now, under President Xi Jinping -- the most powerful Chinese leader since Mao Zedong, and also the most intolerant of any dissent, be it in Hong Kong, Xinjiang, Tibet, or within the Communist Party itself -- any chance of further reform has died.

In the months since Beijing imposed the national security law on Hong Kong, it has drastically reshaped the city's politics. Activists have fled overseas, or gone underground, political parties have disbanded, and once familiar protest signs and slogans have disappeared, as many people exercise self-censorship rather than fall afoul of the new law.

While there have been sporadic protests this year, the new law, combined with stringent restrictions on gathering due to the coronavirus -- which remain in force despite Hong Kong's scarcity of cases -- has effectively neutered the protest movement, and there has been nothing like the unrest seen throughout most of 2019.

This renewed focus on the legislature, now the only potential avenue for preventing further encroachment on Hong Kong's autonomy, all but eliminates the city's remaining formalized opposition to Beijing.

Buoyed by a landslide victory in local elections in November 2019, opposition activists had wild hopes of winning a majority in the Legislative Council. Just under half of the seats in the parliament are not democratically elected, but are chosen by business and special interest groups known as functional constituencies, the majority of which are reliably pro-Beijing, but a handful were believed to be winnable.

On July 31, however, the city's leader, Lam, announced the September elections would be postponed, again citing the coronavirus. At the same time, returning officers barred a dozen opposition candidates, including former student protest leader Joshua Wong.

The national security law was given as justification for this, cementing its role as the go to pretext for seemingly any action the Hong Kong government wants to take. The move seemed to guarantee that the election, whenever it came, would deliver an opposition in name only, making the existing parliament, extended for another year, perhaps the last chance to act as a check on Beijing-appointed officials.

Even before this week, the city's legislature had been weakened, perhaps fatally. Despite millions taking to the streets in June 2019 to oppose the extradition bill that kicked off the unrest, opposition lawmakers were powerless to stop its passage: the only thing that did so was the literal blockading of the parliament building by protesters.

This ineffectiveness -- which led some protesters to call for abandoning elections altogether -- did not stop Hong Kong officials and Beijing's representatives in the city complaining about opposition lawmakers attempting to filibuster laws, or staging protests within the chamber, actions that were ultimately little more than theatrics, but theatrics that signified a degree of opposition that is no longer allowed in Xi's Hong Kong.

Per this week's ruling by the National People's Congress, China's rubber-stamp parliament, Hong Kong lawmakers who are deemed to promote or support the city's independence from China, or who refuse to acknowledge Beijing's sovereignty will "immediately lose their qualifications."

The same will occur for elected lawmakers who "seek foreign forces to intervene in the affairs of Hong Kong, or who have endangered national security" and who "fail to uphold the Basic Law" -- the city's constitution -- as well as those who are deemed "not loyal to the legal requirements and conditions" of the territory.

Claudia Mo, a Democratic Party lawmaker, described the move as having "put the nail into Hong Kong's democracy fight."

"From now on, anyone deemed to be politically incorrect will not be allowed to run in the election," said Mo. "They are making sure only patriots can join Hong Kong's political election."

In his speech 23 years ago, Martin Lee noted: "Hong Kong is known as the Pearl of the Orient. But what is it that gives the pearl its great luster? It is freedom. Freedom exercised to the full by our people and guaranteed by the rule of law. If our freedom is taken away, the Pearl will lose its luster and indeed its value to China and the world."

"The flame of democracy has been ignited and is burning in the hearts of our people," he added. "It will not be extinguished."

This week, it may just have been.