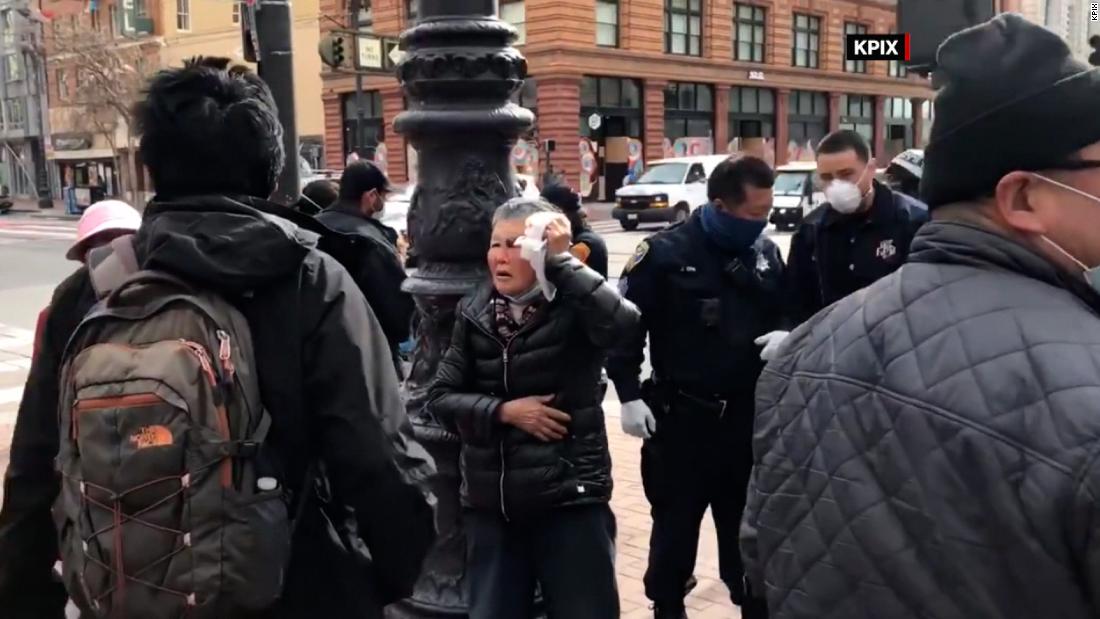 A 75-year-old Asian woman who was attacked in the street is taking the nearly $1 million donated for her medical bills and using it to combat racism, her family says.

After Xiao Zhen Xie was punched in the face on March 17 in San Francisco in what police say was an unprovoked assault, she returned a punch of her own. "He bullies old people," Xie said in a video taken after the attack by CNN affiliate KPIX. "So I gave a punch."

After the attack, Xie suffered two black eyes, a swollen wrist, and post-traumatic stress disorder that made her too scared to step outside of her home, according to a GoFundMe page set up by her family to raise money for medical bills.

Now her family says Xie wants the money to go to the Asian American community to combat racism, saying the issue is bigger than her, according to the online fundraiser.

The page also says Xie's mental and physical health has improved. She can now open her injured eye and is "in better spirits."

Anti-Asian attacks on the rise

The San Francisco Police Department said at the time that a 39-year-old man had attacked an 83-year-old Asian man and was being chased by a security guard when he hit Xie.

The suspect was taken to San Francisco County Jail and was expected to appear in court later this month.

After the attack, police said investigators were "working to determine if bias was a motivating factor."

Anti-Asian attacks have increased dramatically across the United States during the Covid-19 pandemic. The group Stop AAPI Hate says it received more than 500 anti-Asian hate incident reports in the first two months of 2021.