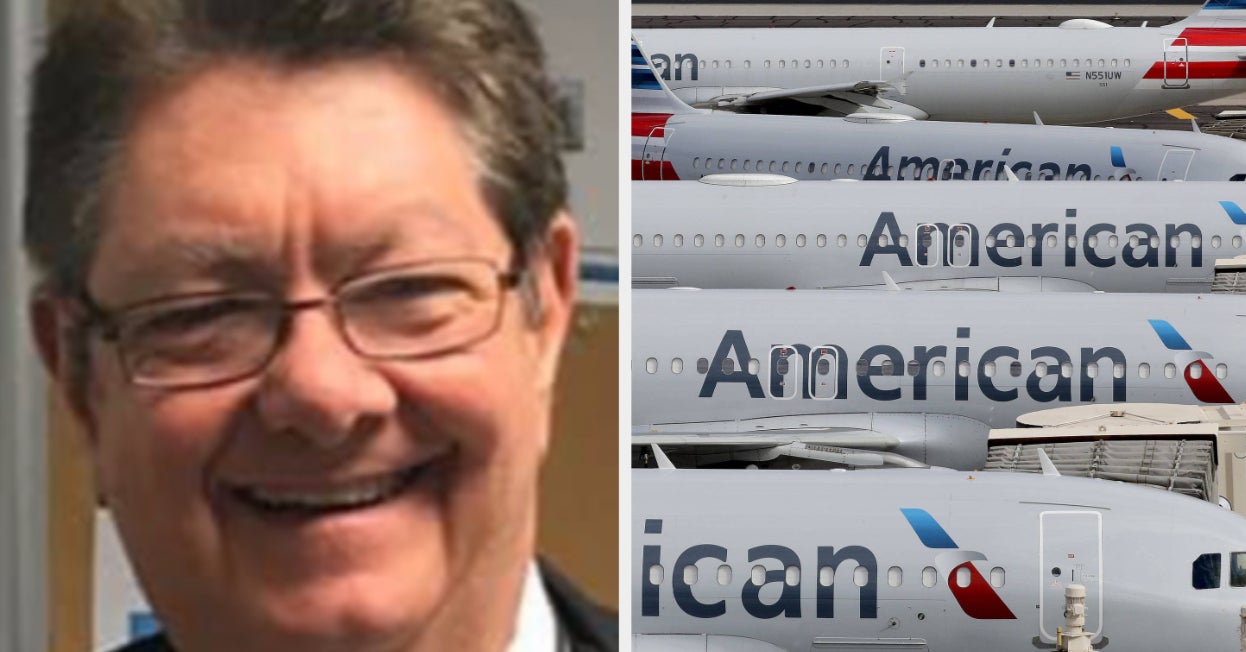 Paul Frishkorn is being remembered as a kind, passionate advocate for flight attendants.

American Airlines on Friday confirmed that a flight attendant died on Monday after contracting the disease caused by the novel coronavirus.

Paul Frishkorn, who was based in Philadelphia and had been working as a flight attendant since 1997, is the first American Airlines employee to die from COVID-19, his union, the Association of Professional Flight Attendants, said in a statement on Friday.

"Over the years he built a reputation as a consummate professional who was honored as one of American’s Flight Service Champions twice for his excellent service to our customers," American Airlines said.

The company recognized the 65-year-old's tireless dedication to his coworkers, calling him a "servant leader" through his work with the union throughout his career, as well as with the Association of Professional Flight Attendants.

"Our hearts go out to Paul’s loved ones, many of whom work for American," the airline said.

Frishkorn had been spending time in the Philadelphia crew room, helping other flight attendants by answering their questions and providing resources and information about the impacts of the coronavirus, Lori Bassani, president of the Association of Professional Flight Attendants, told BuzzFeed News in a statement.

"Paul’s death sheds a solemn light on our profession as front line workers. It underlines the risk to our members who continue to work as 'essential workers' in the airlines," she said. "Paul is the first of our colleagues to lose his life as a result of this deadly virus. We are deeply saddened and are reminded that no precaution is too much to take during this horrible time."

Friends, coworkers, and fellow flight attendants have been posting tributes to Frishkorn on Facebook, sharing their memories and grief over losing someone who was so dedicated to his job and passionate about helping others. They described him as a helpful and kind person who "helped thousands of flight attendants during his years at [US Airways] and later American."

"We flew together several times. He was a figure skater and was active in the world of figure skating after he stopped competing," Jody Jaeger wrote. "A wonderful person and professional to the core. That moment when somebody you know is taken by this virus changes everything."

Tracey Montanari, who worked with Frishkorn at US Airways, wrote on Monday: "The world lost a beautiful soul today... I have no words to describe this incredible loss."

Kristiano Rowland remembered the times Frishkorn used to come into his New York City bar when he was bartending; Frishkorn "talked [him] into finally applying for a flight attendant position," Rowland said.

"You motivated me to get my wings," he said. "And now you got an eternal set of wings. Fly high. Rest in peace, Paul."

Frishkorn's death comes as airline workers have been sounding the alarm over the dangers of working during the coronavirus pandemic, demanding in petitions that major companies stop nonessential flights and give their workers better compensation and protection for being on the front lines as COVID-19 cases soar.

Several workers from American Airlines have contacted BuzzFeed News over the past week, expressing their fears of working in close quarters without adequate protection or sanitization.

In a statement to BuzzFeed News, American said it has "taken enhanced steps to provide our team members with a safe, healthy and clean working environment" and is encouraging workers to use their vacation or sick time and stay home if they do not feel well.

If an employee does test positive for COVID-19, or is officially put under quarantine, the airline will give them an additional two weeks of paid sick leave.

However, like countless people across the US, if airline workers are feeling symptoms, it has been difficult to get tested and prove you have the virus.

David Foster, an American Airlines employee, told BuzzFeed News his doctor recommended he self-quarantine because he has an immunodeficiency caused by a previous illness. He has 10 days of sick time, he said, and if he tests positive, he'll get those two weeks of paid sick leave. But he hasn't been able to officially confirm he has the virus and will be on "unpaid leave" until he can.

In a letter on March 18, Bassani said that while the union had negotiated an extended leave option with some medical benefits, the group was "highly offended" that American Airlines "offered the pilot group financial benefits for two of the pilot options and would not consider the same for our group."

"This is a slap in the face for our members who are keeping this airline in the air - and it severely underestimates our relevance during this or any crisis," she wrote.

Bassani described the difficult working conditions flight attendants face, such as serving and interacting closely with travelers from all over, which makes social distancing nearly impossible.

"To exacerbate that situation, our company designed the interiors of our aircraft by stuffing in as many seats as possible, with passenger seats encroaching on our jump seat areas, airplane aisles more narrow than ever, and severely reducing space in galley areas, bathrooms, and spaces for passengers to wait in line for restrooms," she pointed out.

The president also noted that many flight attendants, like Frishkorn, are in a high-risk position and "flying at an older age than ever before because their pensions were stripped or frozen during the last crisis and they cannot afford to retire."

The airline industry is in crisis. A lot of people are asking what to do. We have a plan that starts with workers. A thread: 1/11

Sara Nelson, president of the Association of Flight Attendants, has been demanding protections for all workers as the aviation industry comes to a grinding, unprecedented halt. The organization represents 50,000 flight attendants across 20 airlines.

On Friday, the House passed a sweeping aid package that specifically addresses the concerns of airline workers and would help prevent employees from mass layoffs.

"The bill is historic. It will save our jobs and our industry. But it’s not perfect. We will continue to work with lawmakers, the administration, and our airlines to ensure the bill is implemented as intended. But also, we need to recognize that this is a baseline for our fight going forward," the group said.

United Airlines executives, for example, told employees that layoffs are still a possibility due to the dramatic drop in business, CNBC reported.