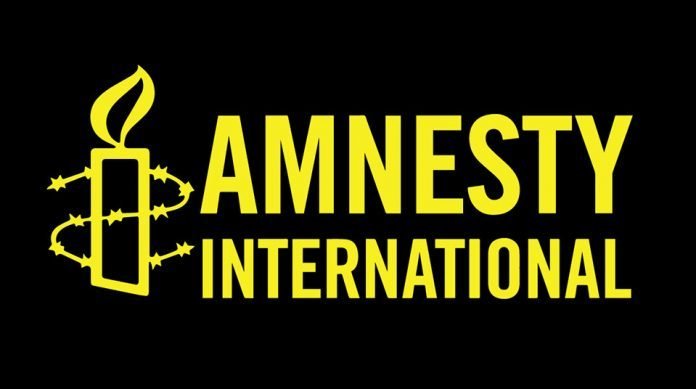 Amnesty International issued a statement calling for an end to militarized policing in several U.S. cities and the use of "excessive force" against demonstrators protesting police brutality.

Federal government should set up commission to investigate policing crisis

Reacting to heavy-handed, militarised policing in response to protests in several US cities this weekend following the killing of George Floyd in Minneapolis on Monday, Rachel Ward, National Director of Research at Amnesty International USA, said:

“In city after city, we are witnessing actions that could be considered unnecessary or excessive force.

“Equipping officers in a manner more appropriate for a battlefield may put them in the mindset that confrontation and conflict are inevitable.

“US police across the country are failing their obligations under international law to respect and facilitate the right to peaceful protest, exacerbating a tense situation and endangering the lives of protesters.

“Police must engage in de-escalation, before the situation worsens.”

A police officer who was sacked following footage showing him pinning George Floyd to the floor with his knee despite Floyd’s cries that he couldn’t breathe, has -  after a delay of several days - now been arrested and charged with Floyd’s murder.

“Racism and white supremacy are fuelling these killings and the police response to the protests.

“President Trump must end his violent and discriminatory rhetoric and policies, and the US government - at all levels - must ensure the right to protest as guaranteed by international law.”

Police use of heavy-duty riot gear and military-grade weapons and equipment to patrol largely peaceful demonstrations may intimidate protesters who are practising their right to peaceful assembly. These tactics can lead to an escalation in violence.

“The police must de-militarise their approach and engage in dialogue with protest organisers to reduce tensions and prevent violence, or to stop it as soon as it breaks out, to protect the right to peaceful assembly.

“All unnecessary or excessive force must cease immediately, and all instances of potentially excessive or unnecessary force against protesters must be investigated. Any officers who broke the law must be held accountable.”

Amnesty is urging the federal government and US cities and states to act swiftly and meaningfully to address the root cause of these protests and take immediate measures to stop unlawful killings of black people and others by police, including:

Additional research and statements from Amnesty International USA on policing, the right to protest and developments in Minneapolis, can be found below:

Why it matters: The human rights group said police across the country were "failing their obligations under international law to respect and facilitate the right to peaceful protest, exacerbating a tense situation and endangering the lives of protesters."

"Equipping officers in a manner more appropriate for a battlefield may put them in the mindset that confrontation and conflict are inevitable."

The big picture: The National Guard mobilized and curfews were imposed in several states after clashes between police and demonstrators protesting the May 25 death of George Floyd and other black people who've died in police custody.

Zoom in: Authorities fired tear gas again Saturday during clashes with protesters in Minneapolis, where demonstrations entered a fifth day.

Of note: Georgetown Law professor Paul Butler, author of "Chokehold: Policing Black Men," noted the reactions of some police this week were different to the response to demonstrations against coronavirus restrictionsin Michigan last month.

What they're saying: President Trump praised police for their conduct and slammed protesters, some of whom he described in a tweet as "THUGS."

Floyd's death in Minneapolis police custody is the latest reminder of the disparities between black and white communities in the U.S. and comes as African Americans grapple with higher death rates from the coronavirus and higher unemployment from trying to stem its spread.

This is a time to unite the people, to containment their eager, and to relax the situation with solutions: cash, free the millions of non violence people from U.S. jail, establish nationwide free health care and minimum income, and start restore peace among all the citizens of USA.