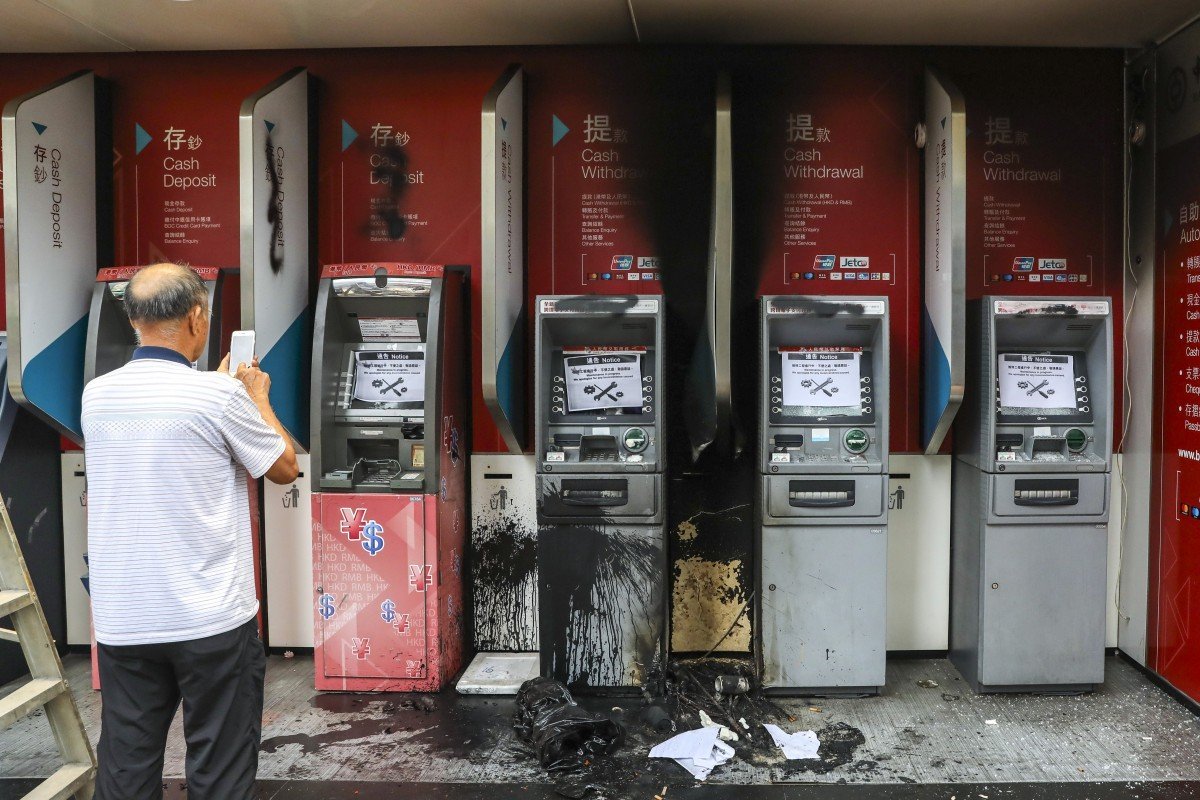 Amid protesters’ attacks, 500 ATMs out of service for the weekend

Monetary Authority cites vandalism and safety concerns as reasons for about 15 per cent of city’s cash machines being closed.

About 500 ATMs across Hong Kong will be out of service over the weekend, because of damage by radical protesters or because of “safety considerations”, the city’s de facto central bank warned on Saturday.

The Monetary Authority said about 15 per cent of the city’s 3,300 ATMs were down, citing reports from banks. It urged customers to use the 85 per cent of machines that were in service, or use online banking.

Demanding that banks step up replenishment of cash for ATMs over the weekend, it said it had been informed the affected machines would be “out of service temporarily, due to vandalisation of the facilities or security and safety considerations”.

The banking watchdog did not reveal which banks’ ATMs were affected. In the last month or so, protesters have trashed or set on fire Bank of China and China Construction Bank branches and ATMs in Mong Kok, Tsuen Wan and Sha Tin.

Rallies were scheduled for Saturday evening in Central, with a large march in Tsim Sha Tsui the next day.

Hong Kong is in its fifth month of protests triggered by the now-abandoned extradition bill. The legislation would have allowed criminal fugitives to be transferred to jurisdictions with which the city has no extradition deal, including mainland China.

Protests have increasingly involved violence and vandalism by extremists in government buildings, MTR stations and shops, banks and restaurants with mainland links.

Meanwhile, the public also faced transport inconvenience as embattled rail operator the MTR Corporation said its service hours for rail, light rail and shuttle buses would end at 10pm on Saturday, as they have since the government enacted a ban on facial coverings at demonstrations on October 5.

The earlier closure excludes Airport Express rail services between Hong Kong Island and the airport. However, the services will skip Kowloon and Tsing Yi stations from 5pm and run at intervals of every 10 minutes.

In-town check-in services at Kowloon station will be suspended from 4pm.
Add Comment