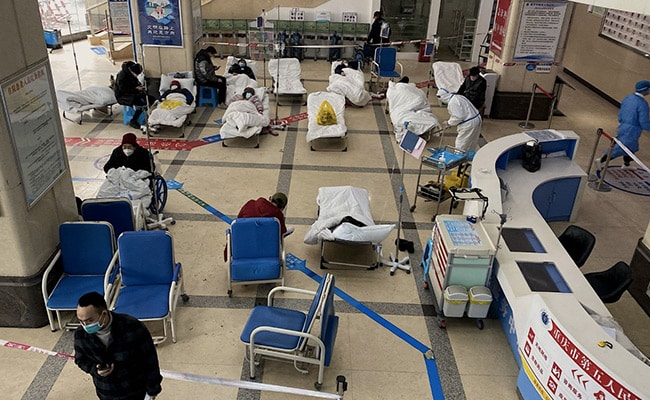 Local authorities have been restricting sales of fever medications, down to the pill, NTD reported.
Amid a rise in COVID-19 cases, the Chinese Foreign Ministry said that they have "expanded production capacity" of medical supplies amid reports of a shortage of fever and cold drugs medicines.

Local authorities have been restricting sales of fever medications, down to the pill, NTD reported.

The sudden shift in China's COVID-19 policy has left pharmaceutical companies ill-prepared to tackle the surge in COVID-19 cases. It has resulted in a shortage of medicines needed for fever and cold, according to NTD.

According to the Chinese Foreign Ministry website, Mao Ning stressed that China has taken the initiative to "refine" the response measures to make them more "scientifically, targeted and effective."

"With the COVID situation entering a new phase, we have taken the initiative to refine the response measures to make them more up-to-date scientifically, more targeted and more effective. The State Council's joint prevention and control mechanism has held several press conferences to explain the latest situation and the new measures," Mao Ning said.

According to the Chinese Foreign Ministry website, Mao Ning further said, "We have seen rising vaccination rate, strengthened treatment capacity and expanded production capacity of medical supplies, which, at the moment, are generally in adequate supply. China's COVID situation is on the whole predictable and under control. We believe that with the concerted efforts of the Chinese people, China's economic and social undertakings will soon enter into a new stage of stable and orderly growth."

According to CNN, the local versions of Tylenol and Advil are nearly impossible to find at pharmacies in China, fueling anger across the nation. In order to calm panic buying, regional governments have initiated measures to limit sales and increase the supply of popular fever drugs. Some regions have started restricting the amount of medicine for sale, down to the pill.

On December 20, over 500 drugstores in China's Zhuhai city committed to "continuously supply" a number of fever-reducing medicines including ibuprofen, the municipal government said in a statement, according to CNN. However, there are strict limits on what people can purchase.

People can buy only one form of a particular fever drug. As per the news report, the sale of medicine has been restricted to a maximum of six tablets or 100 millilitres (3 ounces) of liquid per customer. Nanjing has committed to ensuring the daily supply of medicines. However, they did not give details regarding the kind of medicine which must be split for purchase among 150 medicine stores.
#COVID-19  #Covid
Add Comment