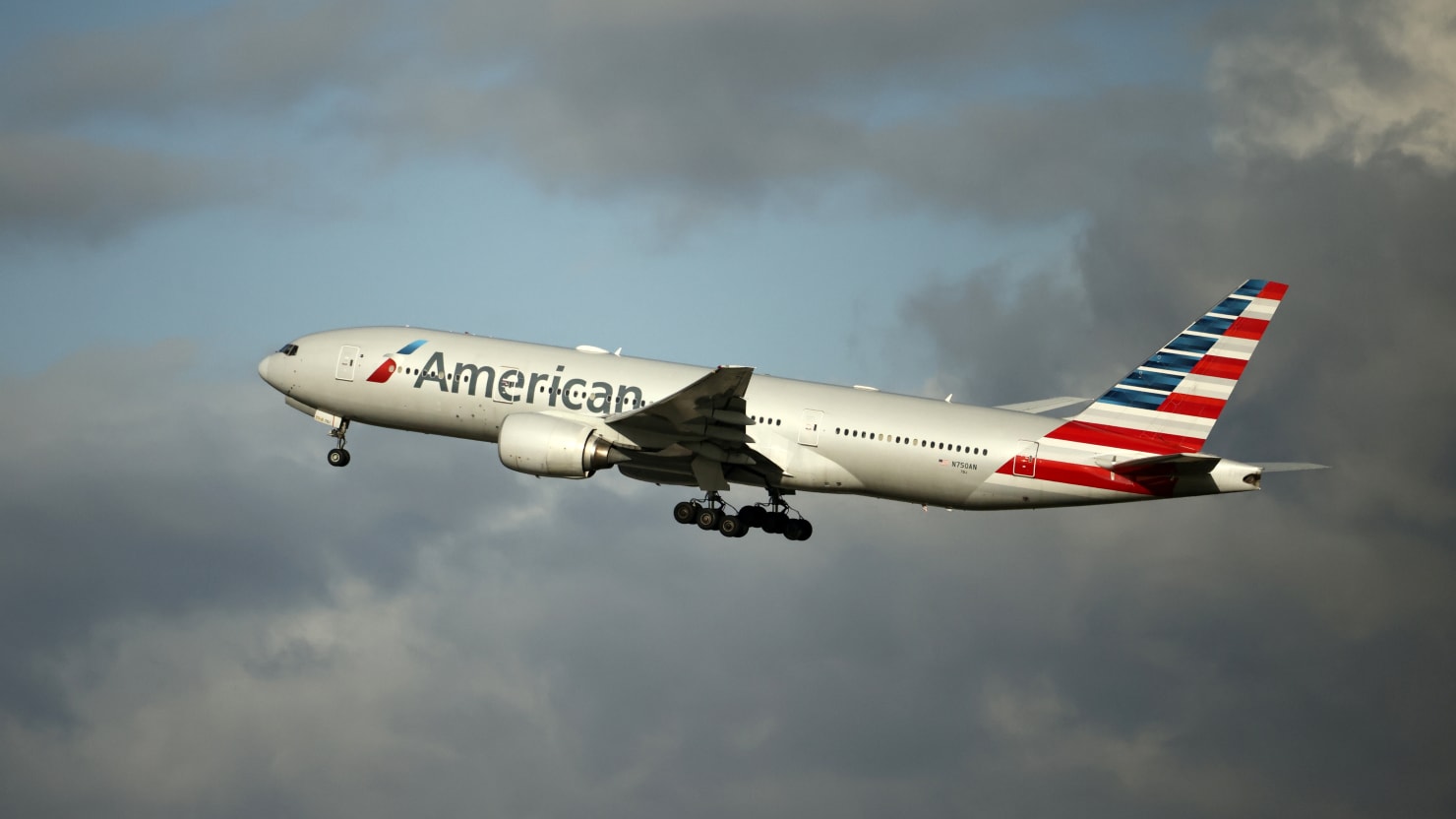 An American Airlines pilot is reportedly facing an internal investigation after a passenger spotted a “Let’s Go Brandon” sticker that was slapped onto their flight luggage.
The pro-Trump motto—which originated when a reporter misheard chants of “Fuck Joe Biden” at a NASCAR event last September— was emblazoned on a sticker that was photographed by a Twitter user ahead of her flight on Saturday.

The woman then sent it to American Airlines and asked if they accepted such “cowardly rhetoric on their crew luggage when they’re in uniform.” The airline responded publicly: “Thank you for bringing this to our attention and we want to get this to the right team.”

Then, in a direct message conversation, American Airlines told the woman: “We take this very seriously and have sent this over to crew leadership... They will handle this internally after review. We assure you appropriate internal review will occur.” American Airlines has not responded to requests for comment as of Monday morning.
#Joe Biden

Anna 212 days ago
InTheKnowing.... It was on his suitcase, that is his bumper sticker to regular folks. You sould like a Karen. Are you still wearing your mask when you are alone in the car?

InTheKnowing 213 days ago
When dealing with the public, especially the airlines, political neutrality is best practices. Personal option at work and in uniform is not okay.

Ken 213 days ago
So what people who work for other people (this airline) can not have a option? What about when the airline allowed staff to wear BLM(burn, loot, murder) pins? FJB
View all comments (3)Add comment