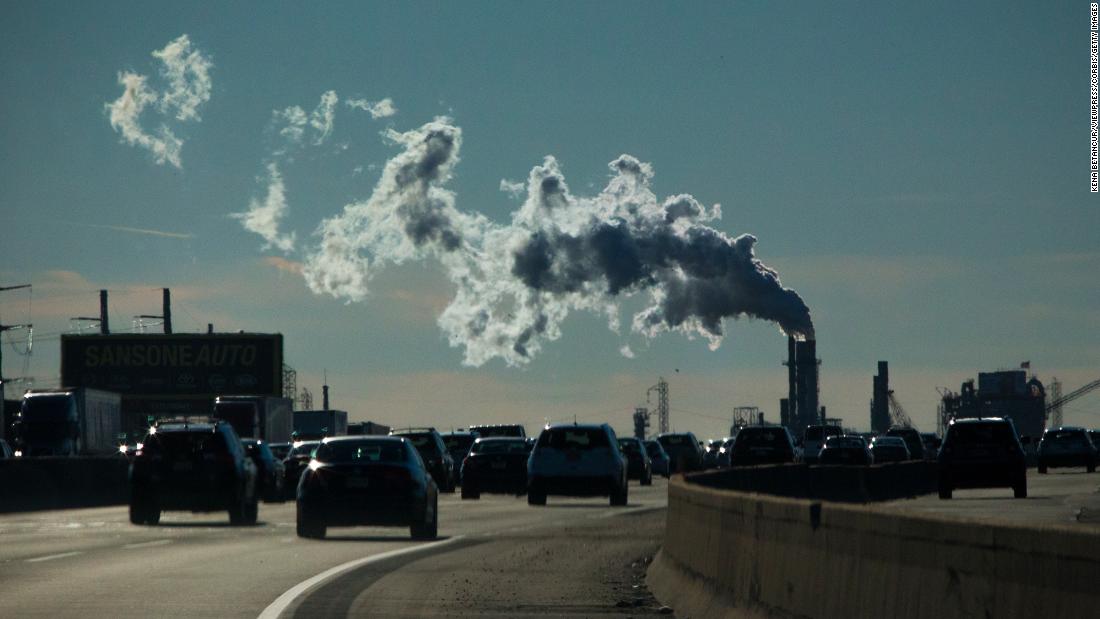 The oil industry's most powerful lobbying group announced Thursday that for the first time it will support setting a price on carbon, a significant shift that underlines intensifying pressure on Washington and business to tackle the climate crisis.

But the devil will clearly be in the details. The American Petroleum Institute laid out a series of principles that must be met before the century-old group endorses a price on carbon.

The announcement is part of a broader framework unveiled by the API that includes calling for direct regulation of methane, expanded emissions transparency and stepped-up federal spending on energy research.

Advocates of carbon pricing say it is crucial to fighting the climate crisis, as it would accelerate efforts to curb planet-warming emissions and force investors, companies and individuals to bear the cost of pollution.

After years of debate, the API's support for "market-based" carbon pricing is part of an evolution by the group, which is among the most influential trade associations in Washington. The API opposed the last serious effort to impose a price on carbon in 2010, but ExxonMobil, Chevron (CVX) and other industry leaders have since publicly backed carbon pricing.

"This is a pretty big deal for the industry. There is broad recognition that obviously the country has to do something on climate change," API CEO Mike Sommers told CNN Business in an interview. "We want to be a willing partner with the Biden administration and others in Congress who are serious about taking on this challenge."

The API's reversal on carbon pricing reflects a desire to help shape Washington's response to the climate crisis and set its own terms on how to protect the industry.

"It's a triage response. They are going on the offensive to propose something they can live with rather than be threatened by something that could have greater damage," said Ed Mills, Washington policy analyst at Raymond James. "If you're not at the table, you're on the menu."

Some climate groups are voicing deep skepticism about the API's stated change of heart.

"A statement of theoretical support for a market-based carbon price is a long way from agreeing to what will likely need to be strong, binding rules to limit fossil fuel usage & methane emission," Dylan Tanner, executive director of InfluenceMap, a think tank focused on energy and climate change, said in a statement.

InfluenceMap gives the API an "F" in terms of how aligned the group's climate policy is to the Paris agreement.

Carbon tax is not a slam dunk

Notably, the API is not announcing blanket support for just any form of carbon pricing, nor is it supporting a specific proposal.

Instead, the group said it will "advocate for sensible legislation that prices carbon across all economic sectors while avoiding regulatory duplication." The API laid out a series of principles that must be met before lending any support, including that US companies wouldn't be left at a competitive disadvantage globally. Sommers said both a carbon tax and a cap-and-trade program broadly fits within such a framework.

"This shouldn't be punitive against the oil-and-gas industry. We are an emitter, but we are not the only emitter," Sommers said.

Sommers said the API "absolutely" could withhold support for carbon pricing legislation that may emerge from Congress.

"It's not as if we would support any carbon tax or cap-and-trade program that is slapped onto a piece of legislation," Sommers said.

The lobby stressed that oil and gas aren't going away. The International Energy Agency expects both to be leading fuel sources even in 2040 if every nation meets the goals of the Paris Climate Agreement.

Carbon pricing must meet the "dual challenge of continued economic growth while addressing the risks of climate change," the API framework said.

The API's shift on carbon pricing comes after the Business Roundtable, an influential CEO group, changed its tune on the issue last September to say it supports market-based carbon pricing to fight climate change. Exxon (XOM), the largest US oil company, previously announced plans in 2018 to financially support a carbon tax.

In January, France's Total quit the API in part because of the lobbying group's stance on carbon pricing.

There is growing momentum — and appetite — in Washington to take bold steps to address the climate crisis.

President Joe Biden has announced a goal of slashing net greenhouse gas emissions to zero in electricity by 2035 — and the entire economy by 2050.

Treasury Secretary Janet Yellen is a strong supporter of carbon pricing. In a written response to questions from lawmakers, Yellen said in January that Biden supports "an enforcement mechanism that requires polluters to bear the full cost" of the carbon they are emitting.