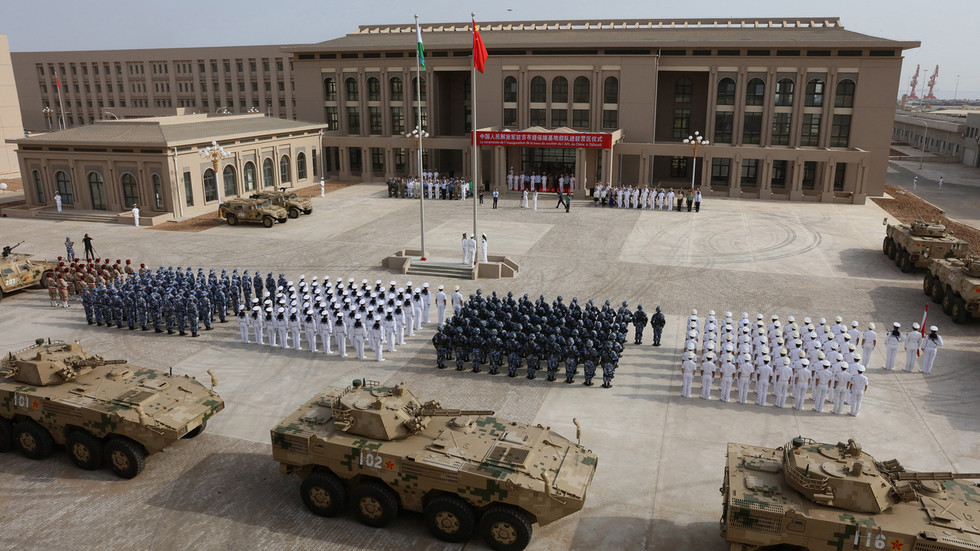 With hundreds of military bases abroad, the US knows their value. But China’s bid to build one in Africa has met with a predictable response
Equatorial Guinea is one of the smallest countries in Africa. A former colony of Spain, it is something of a paradox in that it has a higher per-capita income than any other nation on the continent, but suffers from extreme poverty and inequality. Yet, this seemingly insignificant state now finds itself in the middle of the growing geopolitical struggle between the United States and China that has started to play out in Africa.

This week, a delegation of American military officials will visit the island-based capital city of Malabo to discuss claims that Beijing is looking to set up a military base there, in the hope of discouraging Equatorial Guinea from pursuing the project.

This is something we have seen before from the US, which has made similar accusations about China fostering bases in the United Arab Emirates and Cambodia. Washington’s modus operandi has been to put pressure on the country in question, or even turn to sanctions if necessary.

As reported in the Wall Street Journal, in the case of Equatorial Guinea, the US fears that Beijing could establish a presence in the Atlantic which would undermine NATO’s effective supremacy there and prove a game-changer strategically.

But what gives the US the right to establish military bases all over the world, yet to try to deny China – which has only one confirmed overseas – the right to have any at all?

At present, China’s military strategy is twofold. Beijing’s main priority is military modernisation and naval expansion with a focus on protecting its immediate periphery, which the US is attempting to encircle. China fears that America and its allies would seek to impose an embargo on it in a conflict scenario, and is basing its strategy upon that assumption as its most blatant vulnerability. Two aircraft carriers have been launched, and a third is underway. By the end of 2021, China had reportedly established the largest navy in the world, and it doesn’t plan to stop there.

This leads into China’s second priority. While building up its navy, Beijing has sought to ensure its energy supply lines can remain intact in the event of conflict. To do this, it has been establishing a military presence in the western Indian Ocean off the coast of the Arabian Peninsula and the Horn of Africa, through which its oil imports from the Gulf transit.

Several years ago, China established its first military base overseas in Djibouti and in this region has also pushed military cooperation with Russia and Iran, while building up Pakistan as an alternative energy transit route through the China-Pakistan Economic Corridor (CPEC). Given both these considerations, it seems clear that China’s overarching military strategy is to gain the upper hand in the Indo-Pacific by nullifying the ability of the US to contain it and embargo it.

At first glance, then, the west coast of Africa wouldn’t seem to fit into China’s plans. Beijing is not vying for military supremacy in the Atlantic, a part of the world that it is largely disconnected from, nor is it looking for a location to target the US homeland from.

However, it is worth noting that China has important strategic interests in other African countries. South of Equatorial Guinea sits the Democratic Republic of the Congo, a key partner for Beijing thanks to its unrivalled mineral deposits. Further south is Angola, another oil- exporting state on the African west coast. Ships sailing from here start out in the Atlantic and are vulnerable, having to go around the Horn of Africa before reaching safer waters. This means that to some degree, China now sees NATO military hegemony over the Atlantic as intolerable. It needs to project power into this area.

As a result, it is reasonable to assume that as political tensions rise, China’s global military footprint will expand as it seeks to protect its interests. This is a common trend that has been followed by pretty much every major power in history, especially when there is a security dilemma where a rival power seeks to oppress it and undermine it.

Such a trajectory is how the US expanded over the centuries to become a global hegemon, through bolstering its presence in various regions, as well as participating in conflicts which it used as an entry point to different parts of the world. Realistically, though, it is highly unlikely that China is aspiring to emulate the model of the US in establishing a global military presence with hundreds of bases in every corner of the globe, at least not in the near future anyway.

However, the US is in self-denial in terms of how to respond to these developments. Not only does it believe it is the only country entitled to have a considerable overseas military presence, but it believes it can bully others into following its line of thinking. It fails to recognise that its own hostility towards China is driving Beijing’s desire to expand, and that there is no bottom line that has been placed on military tensions. The Biden administration is not willing to reduce its own military footprint for the sake of peace, be it in Europe with NATO or anywhere else for that matter.

It is also lost on Washington that just as countries recognise there are strategic benefits in hosting US forces, they realise that this is also the case with the Chinese military as well. The Wall Street Journal article makes clear that while Equatorial Guinea has not made any deal with China yet, it wants something in return from the US if it is to say no to Beijing’s bid.

After all this is a small country which ultimately owes the US nothing. It is not an ally or partner. But what is America willing to give?

Even if the US succeeds in stopping this particular deal, the dynamic changes little in the long run. China consistently talks about non-interventionism, yet the reality is as a global power deeply integrated into the world economy, it feels a growing pressure to place its military in strategic areas overseas to safeguard its interests.

Sometimes, claims of overseas bases may be bad-faith speculation by the US media. The suggestion that one was being built in the UAE was a sketchy story designed to undermine Beijing’s relationship with Abu Dhabi amid growing resentment over their close ties. Yet, on the other hand, China’s aspirations are real and outlined with clear evidence. The past two years have taught Beijing that it has to be a part of the geopolitical game, whether it likes it or not. It now has a highly realistic outlook to its relationship with the western world and ultimately believes that its interests may have to be protected by force.

So, while a potential base in Equatorial Guinea is first and foremost about securing supply lines to go around the Horn of Africa, it is also illustrates that China is willing to do more to anchor its security. The US’ misguided belief that it can contain Beijing, and its assumption it can prevent China’s military expansion are naive and misleading.

But will Malabo do what Washington wants? One thing is clear at this stage: it senses opportunity whatever it decides.
Add Comment