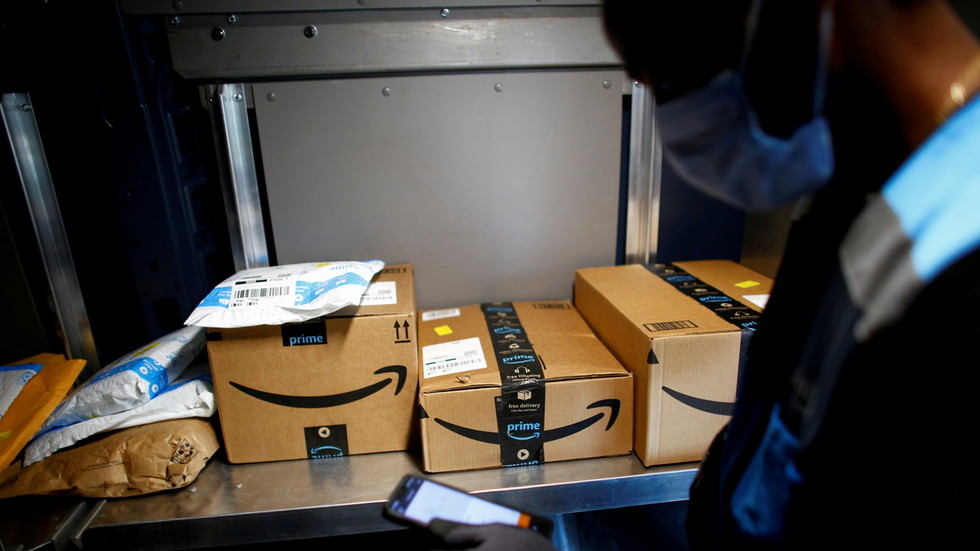 The US internet behemoth, whose CEO Jeff Bezos is said to be the richest man in the world, sits on a panel set up by the UK Cabinet Office to make binding decisions on public sector procurement post-Brexit, the Fair Tax Mark’s Paul Monaghan told UK outlet the Mirror on Sunday.

The Cabinet Office refused to supply minutes from two 2020 meetings in which Amazon representatives were present with Lord Agnew, minister for efficiency and transformation, the Mirror claimed in its report.

Amazon reps were also said to be present at a pair of 2019 meetings alongside Cabinet Office minister Oliver Dowden, who has since been appointed culture secretary.

“The manner in which Amazon is embedding itself into national and regional public procurement in the UK has long been cause for concern,” Monaghan explained, adding that the company’s presence on this “secretive” panel tasked with setting government policy going forward is “truly frightening.”

"We are close to the point where it will be impossible for anyone else to compete."

Amazon appears to have benefited quite massively from the business advice it has given London, having secured 82 central government contracts over the past five years, worth a total of £225 million ($293.5 million).

It runs the central marketplace in which local councils buy supplies via an exclusive deal. And its apparent guiding hand in post-Brexit policy seems to fly in the face of PM Boris Johnson’s pledge to change procurement rules to favor smaller local firms after the UK leaves the EU.

Frances O’Grady, the general secretary of the British Trades Union Congress, called out the retail giant’s “exploitative business model” and slammed London for “rewarding” its misdeeds with “a seat at the table on an influential Government board advising on public procurement, on top of the multi-million-pound Government contracts it [already] receives.”

The group’s complaints about Amazon will be familiar to the Americans whose jaws dropped upon learning the megacorporation effectively paid no US taxes at all in 2019, even netting a fat IRS rebate. This year, the firm paid a scanty $162 million in US taxes on 2019 earnings of $13.9 billion – a fraction of the federal corporate tax rate of 21 percent.

Neither Amazon nor the Cabinet Office were willing to comment on the arrangement when asked by the Mirror, though the Office defended the panel in a general sense as “an important part of our engagement as we look to improve procurement rules.”