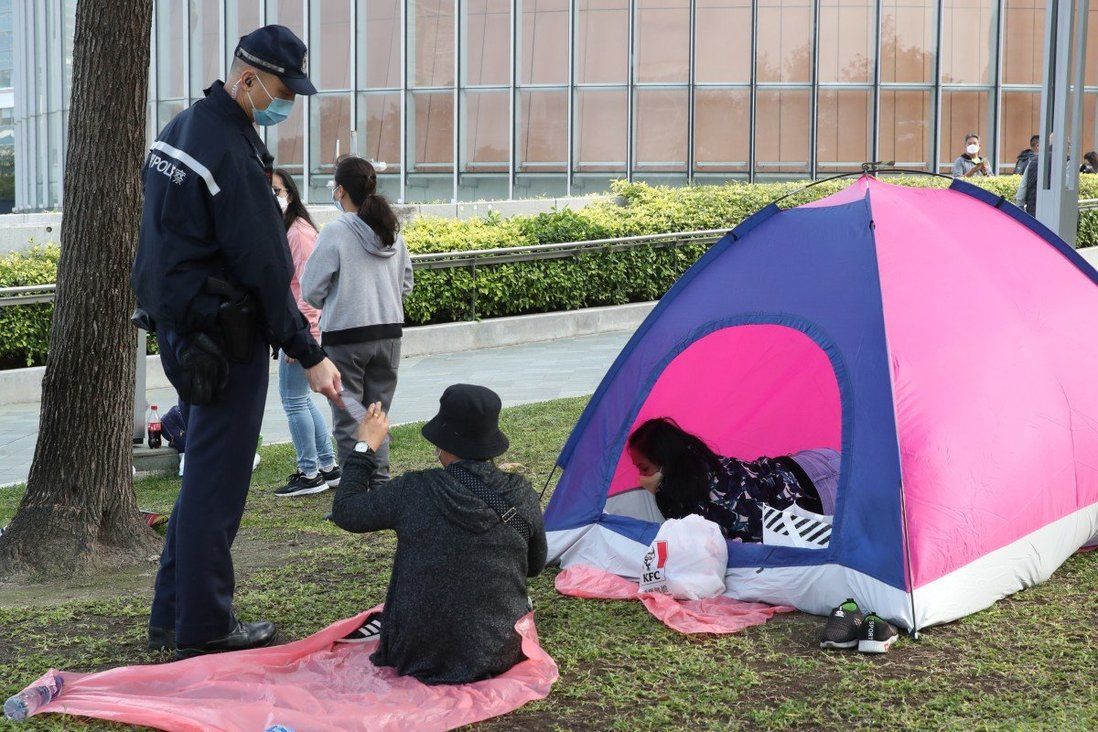 Police say 21,613 fixed-penalty notices amounting to HK$89.98 million in fines were issued between April 1, 2021 and February 28, 2022. A total of 1,107 people were prosecuted for offences under the Prevention and Control of Disease Ordinance during that period.
Hong Kong police issued almost HK$90 million (US$11.5 million) in fines to more than 21,600 people for breaching Covid-19 rules in the first 11 months of the last financial year, lawmakers were told on Monday.

The city has implemented tough social-distancing rules in a bid to contain the Covid-19 pandemic, including the closure of specified premises such as bars, gyms and beauty parlours, requiring masks to be worn in indoor and outdoor public areas, capping the size of group gatherings and banning dine-in services at restaurants during specified hours.

In a written reply to Legislative Council members examining estimates of expenditure for the Security Bureau, the force said it had issued 21,613 fixed-penalty notices amounting to HK$89.98 million in fines under the Prevention and Control of Disease Ordinance between April 1, 2021 and February 28, 2022

A total of 1,107 people had been prosecuted for breaching the ordinance during the period.

Those who flouted coronavirus regulations were subject to a HK$5,000 fixed penalty.

A total of HK$7.33 million in fines were collected from people contravening the rules on specific premises, HK$61.54 million for violations of group gathering curbs and HK$21.1 million for mask-related offences.

The government amended regulations under the Prevention and Control of Disease Ordinance and extended the expiry dates of eight Covid-19 emergency regulations by six months to September 30, including those on compulsory quarantine for arrivals and disclosure of information related to disease control and prevention.

Under other amendments, those responsible for vulnerable individuals, including children and the mentally incapacitated, will be required to do their best to ensure that their charges comply with compulsory testing notices, directions or orders. Otherwise they face a maximum fine of HK$25,000 and six months’ imprisonment.