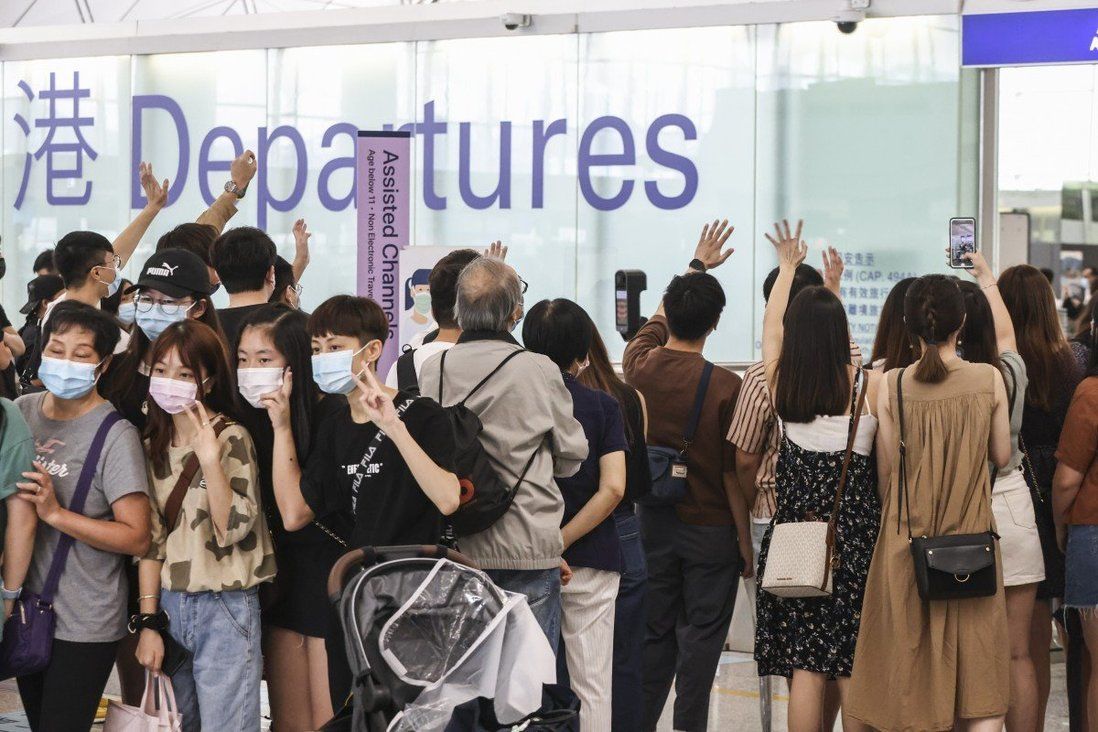 New study finds only 18.5 per cent who moved to Britain under visa scheme had found full-time work for an employer as at end of August.

Fearful of the loss of personal freedoms and losing trust in the local government, Jane Leung* left a well-paid job in human resources when she swapped Hong Kong for the British city of Nottingham in June.

Now, four months after entering the country under the government’s British National (Overseas) visa scheme, Leung is struggling to find a job.

The 40-year-old, who worked in HR for the past decade, has been looking for part-time admin and customer service work that would facilitate her picking up and dropping off her two children at school. 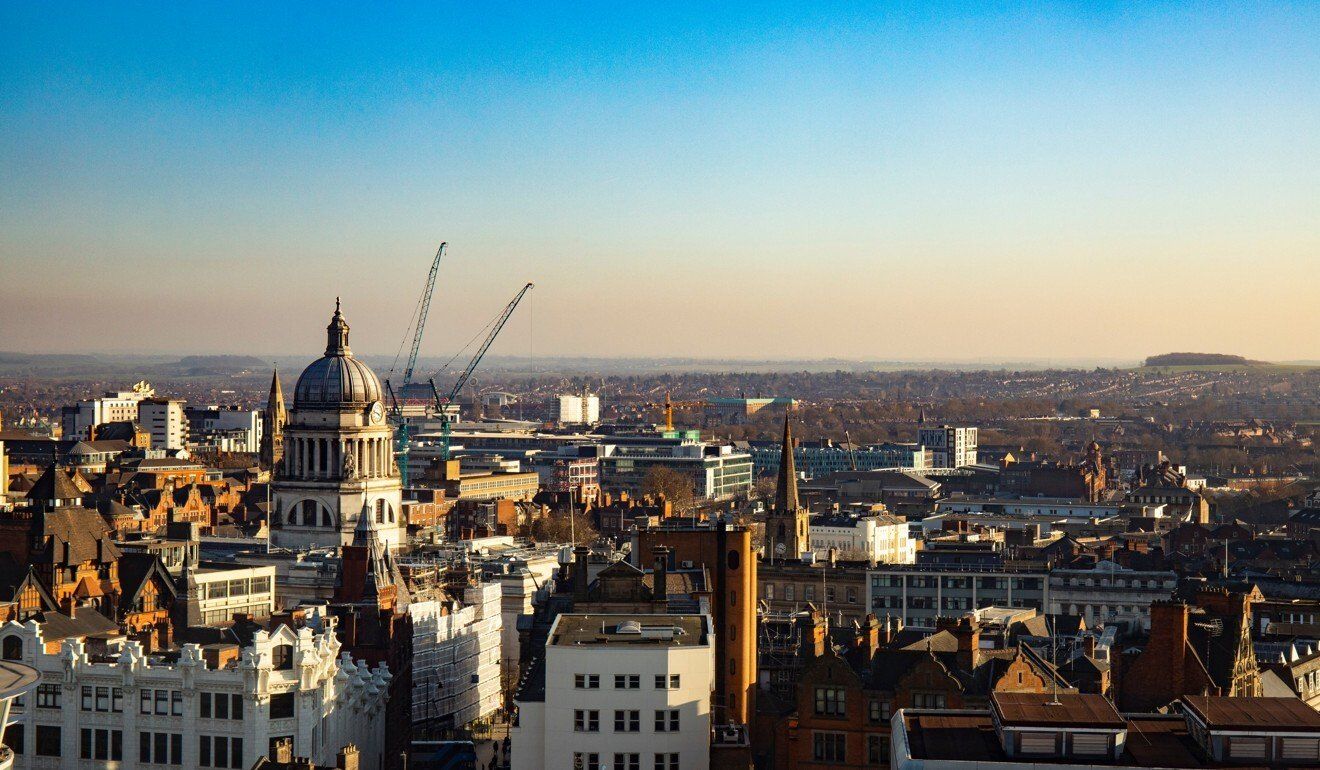 Jane Leung and her family moved to Nottingham under the British National (Overseas) visa scheme four months ago.

Her husband, formerly an airline engineer in Hong Kong, now works on a warehouse production line, earning much less. A typical day sees him start work at 4.55am and finish at 1.45pm. A silver lining is that he can spend time with his two young children after school.

Their situation is not unusual: a new study of the employment situation for Hongkongers emigrating to Britain under the BN(O) scheme found that nearly half remained unemployed at the end of August and only 18.5 per cent had found full-time work for an employer.

Many reported struggles with the language, while others have found the difference in workplace culture daunting. Often, those who have been able to find work have had to swap their well-paid careers as Hong Kong professionals with shift work involving manual labour.

Leung said that to work in HR in Britain, she would need an extra qualification that would necessitate taking a course to meet the requirements. Another hurdle is her lack of a driving licence.

The inability to drive has led to her turning down work to find something closer to the Nottingham home the family chose because of its lower living costs compared with London and access to schools.

Perhaps unsurprisingly, given the well-publicised shortage of truck drivers and supply chain staff Britain faces following Brexit, many resettled Hongkongers have flocked to the transport and storage sector, according to a survey of 609 people conducted by Hongkongers in Britain, an advocacy group established last year.

“We have been receiving quite a lot of inquiries and information about driving licence conversions for example, whether HGV licences can be directly translated so they can start work in the UK,” said Julian Chan, the group’s co-founder, who did not think it was likely that a fleet of Hong Kong drivers would save British Christmas, since the licences were not transferable. 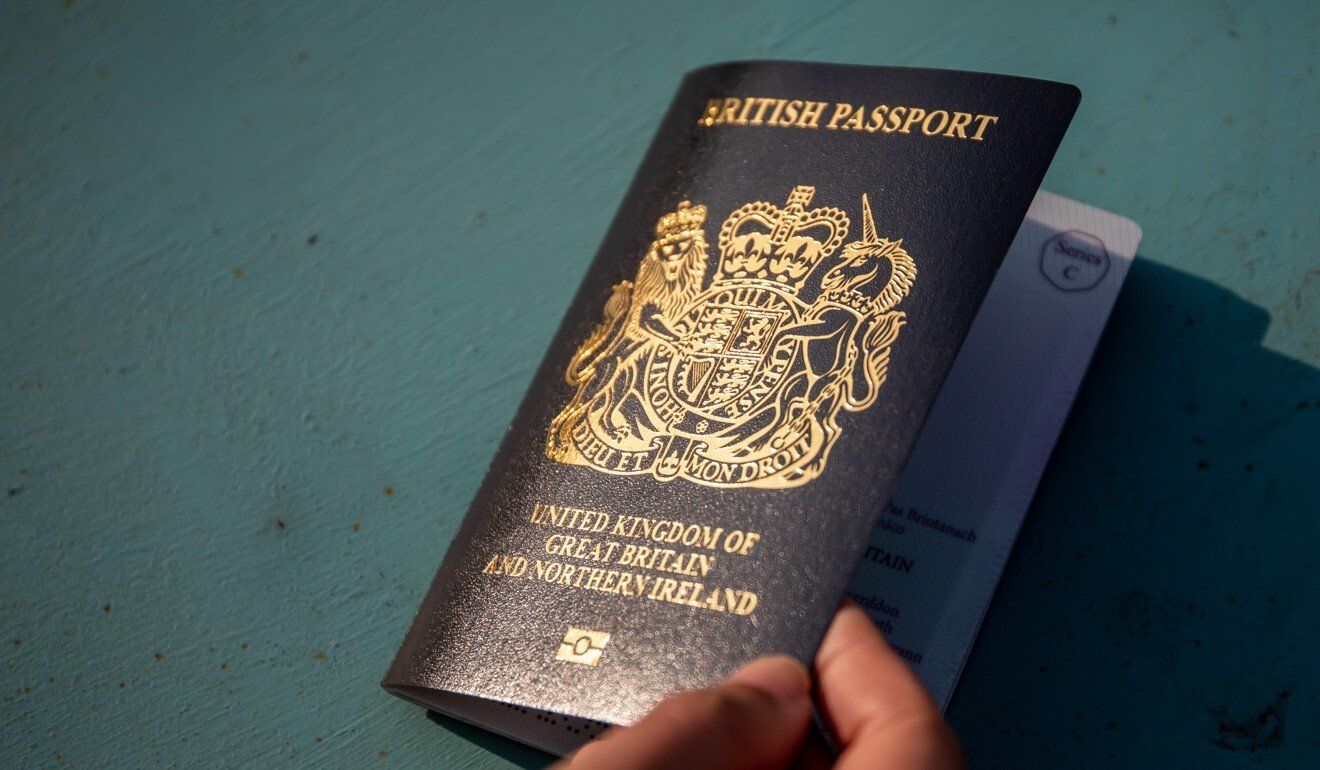 A copy of the British National (Overseas) passport.

Almost 65,000 Hong Kong nationals have applied for the visa scheme, launched by the Conservative government in response to Beijing’s imposition of a sweeping national security law that has led to mass arrests of political opponents and targeting of some media professionals and outlets.

An estimated 5.4 million of Hong Kong’s 7.5 million residents are eligible to apply. The scheme allows those with BN(O) status and their dependents to live, work and study in the country for up to five years, and to apply for citizenship after six.

The British government has called the law a “clear and serious breach” of the agreement under which the city was returned to Chinese sovereignty in 1997, and raised concerns about its impact on human rights.

The survey – launched on Monday – found the vast majority of participants were aware that leaving Hong Kong behind would mean accepting a lower-paid job and changing industries.

“They are quite willing, and this is supported by our data. They are quite agile. They expected to find different jobs, expected to even have lower income,” said Dr R Yeung, a consultant and researcher of public affairs policy. “They’re willing to move to any other sectors that are currently in demand.”

Chan said emigrating residents were largely making the move with their eyes wide open on the job front.

“A lot of Hongkongers who have moved over here, or are looking to move over here are not necessarily expecting to find jobs related to their sector, and that’s why you can see that 80 per cent of them say that they are prepared to transition towards something else,” Chan added.

Leung said she hoped her husband’s warehouse job would give him good experience of the British work culture, “then he will look for an engineering job later on”. His English was improving every day, she added.

“I always tell people not to compare the salary in Hong Kong and Britain, because there is a big gap – the Hong Kong salary is much higher ... but life in Britain, as long as we can [cover] our monthly expenses and have a happy environment, I think it’s fine.”

In many ways, Hong Kong migrants face the same struggles with language, qualifications and adaptation as those from other parts of the world. But there are clear differences, too.

The Leung family is renting a three-bedroom house for HK$9,500 (US$1,220) a month, but can supplement their income with savings and the proceeds from selling their Hong Kong flat for HK$5 million, almost £500,000.

Many BN(O) holders who have made the move (69.4 per cent) say they are financially secure, while 88 per cent hold either an undergraduate or a master’s degree.

Not everyone is so fortunate, however.

Sandy Lam* worked as an accountant for an advertising company in Hong Kong before also moving to Nottingham last December with her brother, his wife and three-year-old daughter, and their 74-year-old retired father.

She is dipping into her savings to support herself and her family, having been unable to find accounting work in Nottingham. Instead, she has worked an administrative job in an office since June.

“I definitely need to find another job as soon as possible, otherwise my savings will be used up soon and it will be hard to survive here,” she said, adding she earned two-thirds less per month than in Hong Kong.

All her family members have had to switch careers. Her brother, who had been working in sales, now works in a warehouse. His wife, formerly a marketer, is now a secretary.

Lam said the language barrier was a hurdle – as did half of all survey respondents – to finding work, as she did not feel confident in her English-language skills and the job market for accountants was highly competitive.

“A lot of people lost jobs here during the [coronavirus] lockdown. Many people are applying for the same jobs and the application quotas are easily filled,” she said.

Displaying some of the agility noted in the employment report, Lam is currently in the process of applying for her driving licence. Maybe one day soon, she will be an Uber driver.