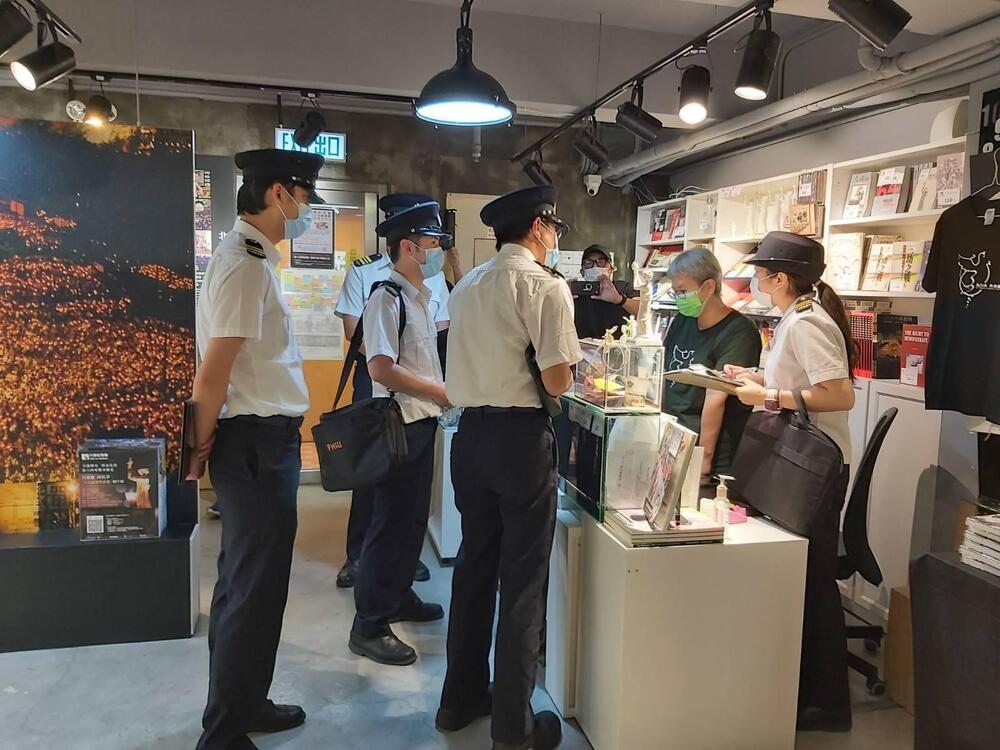 Hong Kong Alliance in Support of Patriotic Democratic Movements of China will plead guilty to running the June 4 Museum in Mong Kok without a license, the alliance said.
A legal representation of the alliance will appear in Kowloon City Magistrates’ Court tomorrow for keeping or using any place of public entertainment without a license.

The offense, under section 4 of the Places of Public Entertainment Ordinance, stipulates that first offenders are punishable by a HK$25,000 fine and six-month imprisonment.

Those who continue the offense will be slapped with a further HK$2,000 fine every day.

Several days ago, the alliance received a subpoena from the Food and Environmental Hygiene Department and court, saying the group ran the museum on Mong Kok Road without a license issued under the ordinance between May 31 and June 1.

'The subpoena requires the alliance to appear in court no.3 of Kowloon City Magistrates' Court at 2.30 pm on July 27, making a plea over the offense and awaiting further punishments," the alliance wrote in a statement yesterday.

“After seeking legal consultations, the alliance has decided not to indulge in relevant legal issues and will send a lawyer to make a plea at court on July 27.”

The alliance said it would continue the work of the museum via other means and promote the democratic education of China amid the political adversity.

On June 1, the museum underwent a three-day raid after the Food and Environmental Hygiene Department suggested the premises was operated without a license.

Five officers from the department arrived at the museum on the 10th floor in Ngai Wong Commercial Building at 2 pm, demanding to see the museum’s business registration and the person-in-charge.

The museum was reopened on May 30 after it was closed for renovation in the same month in the hope of allowing Hongkongers to commemorate the 1989 Tiananmen crackdown after police banned the annual candlelight vigil and march for the second year in a row amid the pandemic.
Add Comment