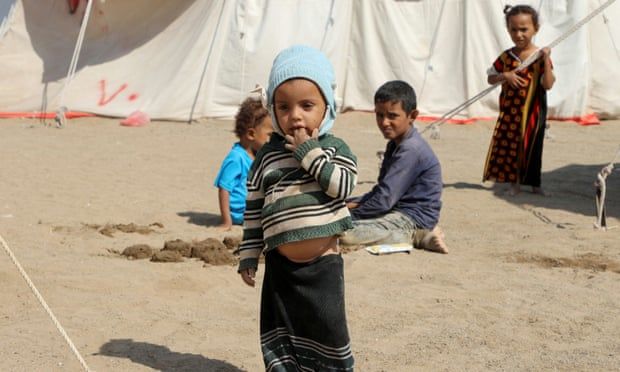 All wars horrify us, but it seems not equally so | Letters

Letters: Readers respond to an article by Nesrine Malik about how the invasion of Ukraine has been viewed differently to other conflicts across the globe

Nesrine Malik’s comment has one further compelling dimension to it: seeing this horror in Ukraine and all conflicts through the eyes of children (Let the horror in Ukraine open our eyes to the suffering of war around the world, 1 March). Fright, despair and bewilderment are etched on every face that appears on TV or in the papers. Adults should be ashamed of what we are doing to these innocents all over the world. Malik is right. We are appalled by what is happening in Ukraine, yet appear to ignore or be indifferent to other conflicts.

Millions of children are frightened and starving to death in Afghanistan because of sanctions imposed upon a new government. Millions are frightened and starving in Yemen, where western arms support allows Saudi Arabia to cripple food supplies. Children in Syria are frightened and hungry as the civil war drags on. Iraq is failing and the children suffer. In Africa, starvation and fear permeate the continent in places such as Nigeria, Ethiopia, Somalia and Sudan. And everywhere the faces of children are a fierce and damning testimony to adult behaviour.
Michael Newman
Shefford, Bedfordshire

* Nesrine Malik writes that the bloody Russian invasion of Ukraine should open our eyes to other more distant wars, but she does not mention that some of those wars have been started by our own governments in the west. The invasion and occupation of Iraq (“shock and awe”, as they boasted) reportedly led to up to 1 million deaths, as well as the birth of Islamic State; the invasion of Libya, which was supported by Nato, has caused turmoil and misery in the region. The long-term effects of the invasion and occupation of Afghanistan, which Nato also supported, are now clear to see. Food for thought.
Brigid Keenan
Batcombe, Somerset

* Nesrine Malik’s article on an accepted view in the “west” that wars only happen to poor and uncivilised people partly explains why there is such a lack of coverage of the war in Yemen, which the UK government is supporting in supplying arms to Saudi Arabia. Where is the outrage at the humanitarian catastrophe that is happening there?

Recent sanctions imposed by the US are going to further cripple efforts to deliver humanitarian aid to areas of Yemen under the Houthis’ control. The Yemeni people are dying without shelter and food.
Rae Street
Littleborough, Greater Manchester

* As Nesrine Malik notes, there are wars elsewhere than in Ukraine. An elderly Christian lady I met recently said with some bitterness that she would not be responding to the various calls for prayers for Ukraine. Why? Despite years of conflict and thousands of deaths in her country, she has never heard British church leaders pray for peace there. She is a Nigerian refugee and had clearly got the message – if it is only black people massacring each other a safe distance away, let them get on with it.
Rev Richard Bradshaw
Sowerby, North Yorkshire

* Moustafa Bayoumi’s timely article on the unconscious racism all too evident in some coverage of the war in Ukraine makes uncomfortable reading (They are ‘civilised’ and ‘look like us’: the racist coverage of Ukraine, 2 March), but let us not forget that for more than 100 years, Europe has been scarred by wars on a scale previously unimaginable in which racial hatred played a large part.

Though often overlooked, this undeniable aspect is emphasised by the title of Mark Mazower’s fine book, Dark Continent: Europe’s Twentieth Century (1998), in which it is traced from the end of the first world war to the wars following on from the breakup of Yugoslavia in the 1990s.
Emeritus professor James Alan Downie
Goldsmiths, University of London