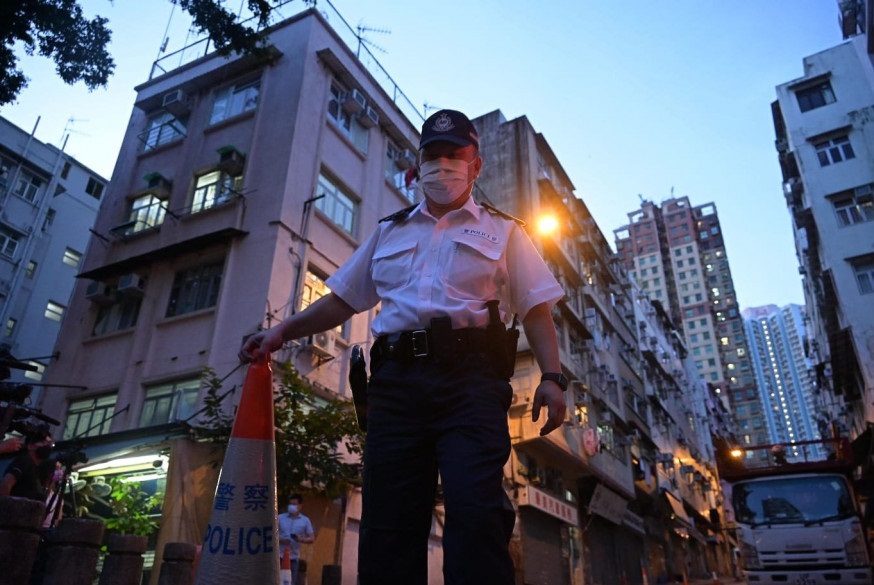 Government locked down a residential building on Kam Fung Street in Wong Tai Sin at 7.30pm tonight, after a 50-year-old airport worker tested positive for mutant variant.
The lockdown exercise is expected to be finished by 7am tomorrow.

The case involves a 50-year-old male patient who lives at a residential building on Kam Fung Street in Wong Tai Sin. He has been asymptomatic. He underwent the compulsory testing required by the government, as earlier a 27-year-old male airport staffer tested positive for the virus.

The sample he submitted on July 9 was tested preliminarily positive. His specimen carried the L452R mutant strain, but tested negative to N501Y and E484K strains.

He worked as a porter at the Hong Kong International Airport and mainly performed duties at the apron. He last went to work on July 10. The man said he was not acquainted with that 27-year-old staffer.

The 50-year-old worker received the first dose of BioNTech vaccine on July 1, according to the Centre for Health Protection.

All resident on Kam Fung Street must undergo testing before 12am tomorrow. Those who have undergone testing from July 8 to 10 with negative test results provided would be exempted.

Persons who have been to the building for more than two hours from June 20 to July 10 are required to undergo compulsory testing by July 12 as well.

As a mutant strain is involved, for prudence's sake, persons who have already received vaccination still have to undergo testing, the government added.
#BioNTech  #vaccine
Add Comment