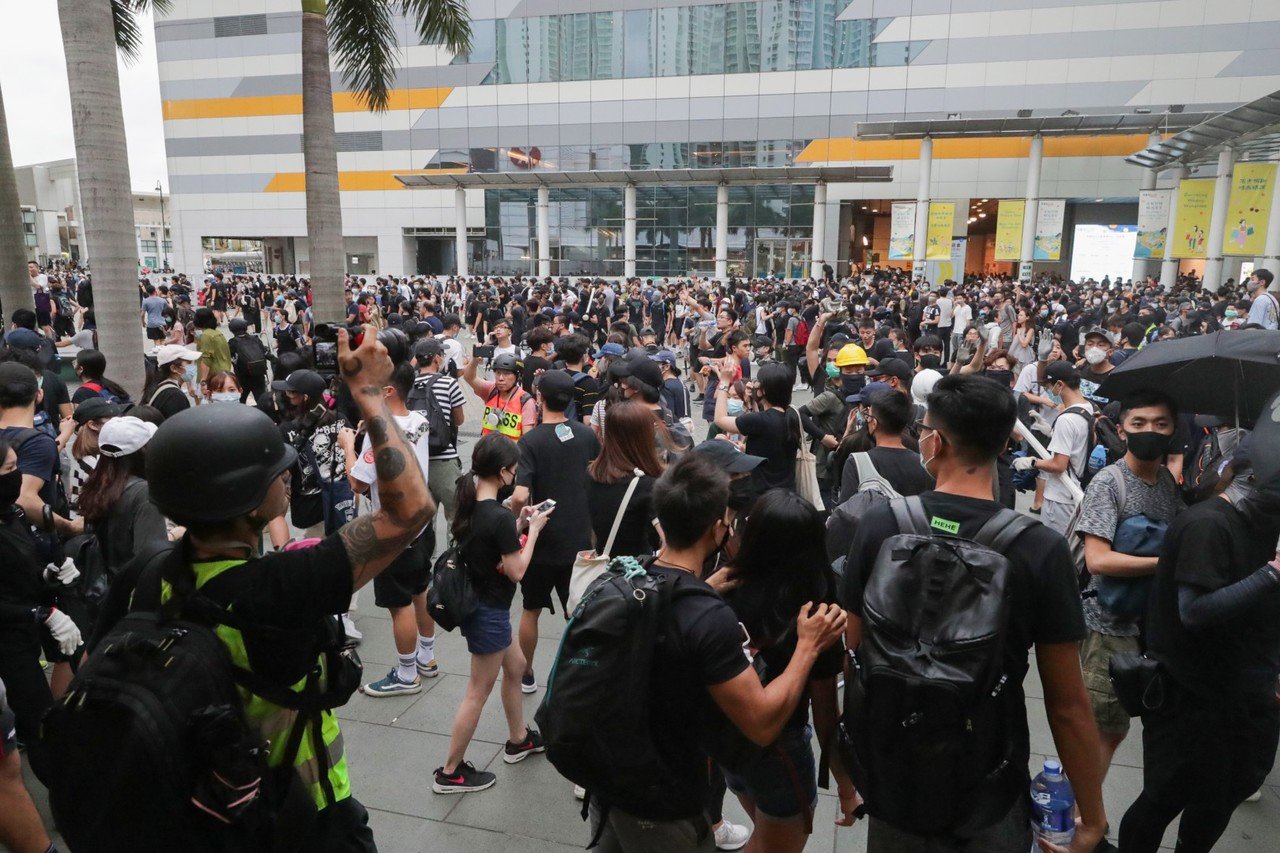 Anti-government demonstrators to target road and rail links around Hong Kong International Airport, while two rallies are also being staged in Tin Shiu Wai, and outside the British consulate in Admiralty. Chaos in Tung Chung near Hong Kong airport as protesters shut down train lines and smash control room.

Anti-government protesters are planning to gridlock transport links serving Hong Kong International Airport on Sunday afternoon, a day after police used water cannons and tear gas against demonstrators who had hurled petrol bombs and bricks at them.

Protesters are calling on the public to overwhelm roads and rail links to the airport on Sunday and Monday to cause flights to be cancelled, in a hoped-for repeat of their actions a fortnight ago.

Two other groups of protesters also plan to protest in the northern town of Tin Shui Wai, and outside the British consulate in Admiralty. The protest in Admiralty is expected to call on London to give British National (Overseas) passport holders the right to live in the UK.

Follow our live blog below for the latest updates.