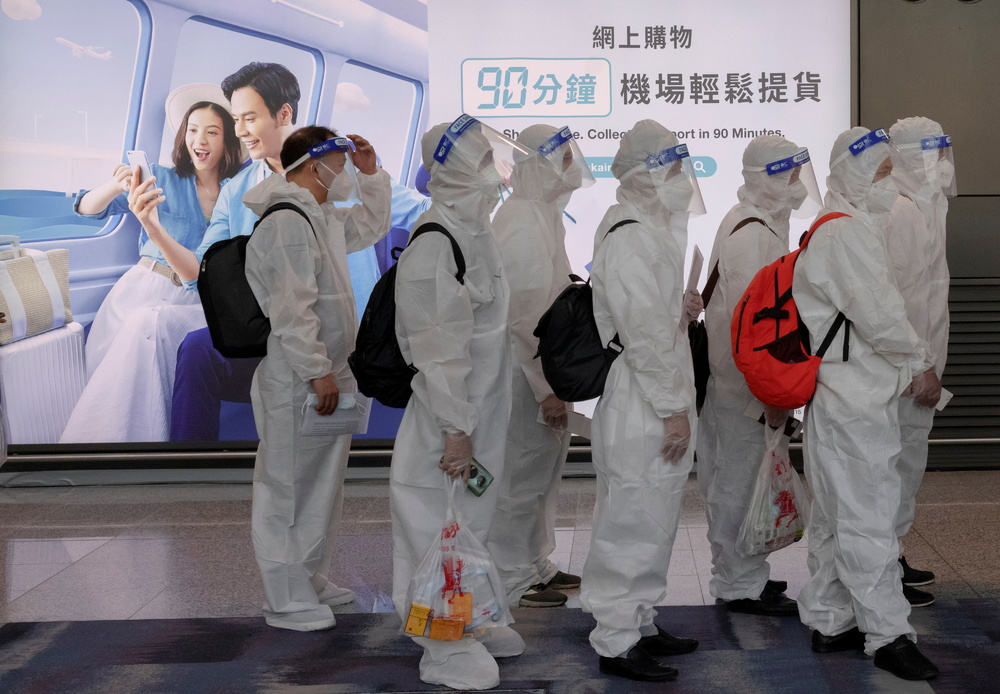 A coalition of leading passenger and cargo airlines is calling on Hong Kong to scrap pre-flight and on-arrival Covid-19 tests for aircrew, saying they are a key reason to avoid flying to the city.
Hong Kong is the only jurisdiction in Asia that requires such tests, which lead to delays and the risk of staff being sent to isolate at government quarantine facilities, the group wrote in a March 23 letter to the city’s leader Carrie Lam seen by Bloomberg News. The procedures are disrupting operations beyond what airlines can endure, the letter said.

Lam announced Monday that some rules on travel will be relaxed in April, including the lifting of flight bans on nine countries, among them the U.S., and halving the amount of time incoming travelers have to stay in mandatory hotel quarantine to seven days.

Hong Kong-based Cathay Pacific Airways Ltd. said their ability to increase flights would still be hampered by a rule that sees air routes suspended for carrying too many infected Covid passengers. The government responded by saying it was looking into how the issue could be addressed without compromising border-control measures, a key feature of the city’s Covid Zero approach.

In their letter, the airlines said Hong Kong should align some procedures for aircrew with those of mainland China, which runs so-called closed-loop systems for cargo operations. That would enable foreign carriers to resume layovers in Hong Kong by separating perceived high-risk flight staff from the public, and to operate flights normally.

A representative from Lam’s office and other top officials who were sent the letter, including Hong Kong’s chief secretary, financial, health and transport secretaries, didn’t respond to requests for comment.

“We seek a return to normal flight operations in Hong Kong, in which the city can once again serve as an aviation hub,” said the letter, which was also signed by representatives from Air Canada, Japan Airlines Co., Air New Zealand Ltd. and United Parcel Service Inc., or UPS.
#COVID-19  #Covid
Add Comment