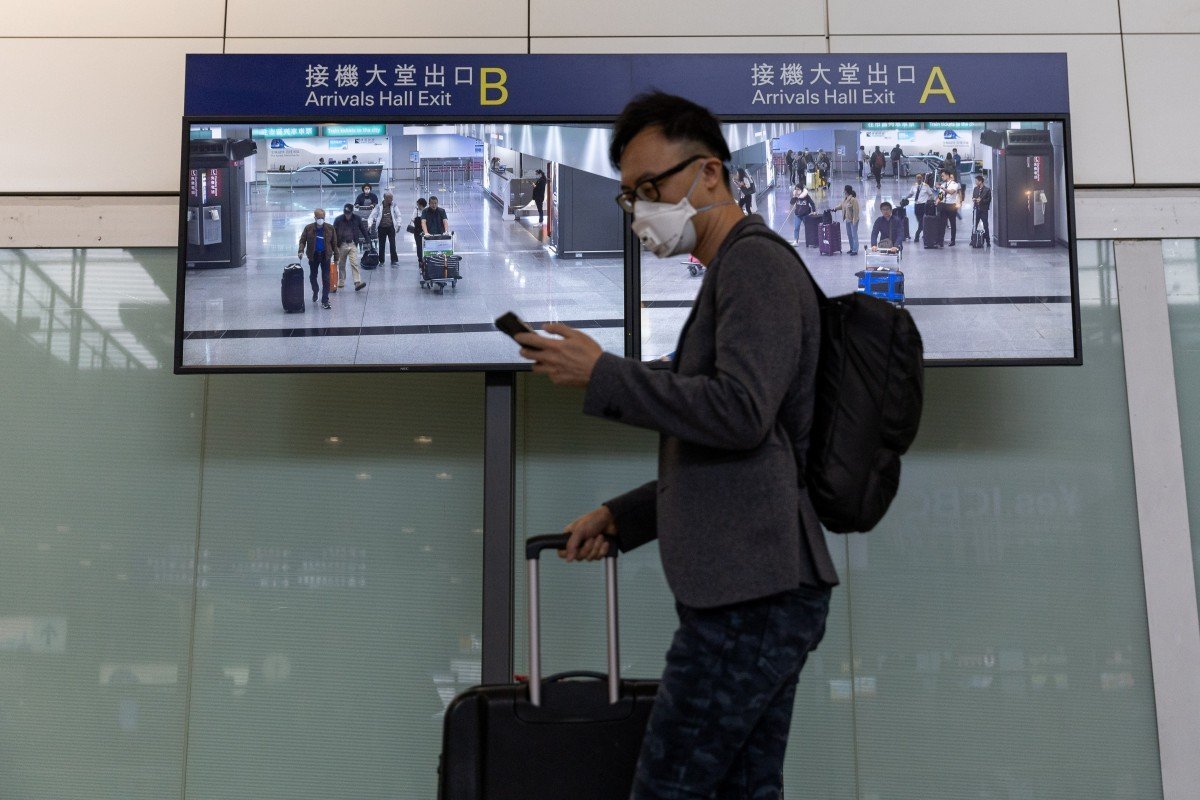 China coronavirus: major airlines pull plug on services to Hong Kong and mainland as US considers stopping all flights

China was becoming increasingly isolated on Wednesday as major airlines rushed to pull flights to the mainland, while the death toll from the Wuhan coronavirus continued to grow.

More than 130 people are now known to have died from the disease and the number of people infected in China has risen above 6,000, a higher figure than the severe acute respiratory syndrome (Sars) epidemic in 2003.

The Lufthansa Group, British Airways, Indonesia’s Lion Air Group and Air Canada have cancelled all flights to the mainland, while the likes of United Airlines, American Airlines, IndiGo, Finnair, Delta Air Lines and Jetstar Asia have drastically reduced their services.

The impact was felt in Hong Kong too, with Virgin Atlantic initially telling passengers with flights booked to, through or from its Chinese destinations, including Hong Kong, they could not complete their journeys. Virgin said it would affect travellers with bookings until February 29.

However, the airline then changed its stance and said it would continue to operate to Shanghai and Hong Kong, but gave passengers the option of rebooking or getting a refund if they did not want to fly.

Elsewhere, officials in the United States are said to be considering whether to stop all flights between the US and China. It is unclear if Hong Kong will be included in that decision.

American announced it would cancel its Los Angeles flights to Beijing and Shanghai from February 9 until March 27, citing a sharp drop in demand. Its existing flights to China from Dallas would continue as would services to Hong Kong.

Lufthansa, which includes its sister airlines Swiss International Air Lines, and Austrian, and accounts for more than 100 return flights a week, said it would halt all mainland China flights until February 9.

BA, which operates daily services to Beijing and Shanghai, said the cancellations were in effect until January 31, although its website appears to show they are not taking any bookings for direct flights to the mainland until March 1.

The move came after the British Foreign Office warned against “all but essential travel” to mainland China, while advising against all travel to Hubei province.

Air Canada said it would stop all flights to mainland China from Thursday until February 29. For Lion Air, the decision affects dozens of flights on 15 routes.

More than one airline has admitted a sharp drop in demand prompted the move, as carriers offered free refunds to people reluctant to travel to China, while a ban on outbound mainland tour groups was having an impact.

United, which has cut 24 flights, including to Hong Kong, until February 8, conceded it had suffered “a significant decline in the demand for travel to China”. Jetstar, which suspended three routes in the mainland, said it was hit by customers “choosing not to travel” and a temporary ban placed on outbound China tour groups.

Delta Air Lines, which has a 5 per cent stake in state carrier China Eastern, said it was halving flights between the US and China from 42 to 21, between February 6 and April 30.

The Netherlands’ KLM and Air France said they would not stop flights to China, but changes to their schedules would last until at least February 29.

KLM said Chengdu, Hangzhou and Xiamen flights were suspended. Shanghai and Beijing would be operated once a day each. Air France’s Wuhan flights remain suspended.

Spain’s Iberia signalled it would operate no more Shanghai flights from Madrid for the foreseeable future after suspending ticket sales until early March.

By the end of Wednesday, the focus had shifted to the airlines which had yet to reduce services or cancel China flights outright.
The spread of the virus across China, in the worst threat since Sars is poised to derail the mainland’s momentum as one of the biggest air travel markets, which has contributed massively to the runaway growth of international air travel.

Between January 23 and 27, the number of flights that did not operate amounted to several thousand flights out of more than 75,000, according to aviation data company Cirium, with that figure set to expand significantly after Wednesday’s news.

Hong Kong ordered all airlines to cut flights to and from the mainland by half on Tuesday.

In a further bid to combat the spread of the disease, Cathay Pacific said it would overhaul its in-flight service to limit contact between staff and passengers on mainland China routes.

The airline is to offer all-in-one disposable snack and drink bags for economy and premium economy travellers – or meals on one tray in business and first class – while withdrawing comforts such as pillows, blankets and magazines. The changes are to take effect from Thursday, until further notice.

“This modified service offering is strictly a temporary measure designed to further strengthen our health and safety protocols in light of the evolving situation regarding coronavirus cases in mainland China,” Cathay said in a statement.

More foreign governments have recommended all but essential travel to China, prompting some airlines to act, while others admitted the spread of the virus had seen passengers reschedule or cancel travel, leading to near empty planes flying in and out of the mainland.