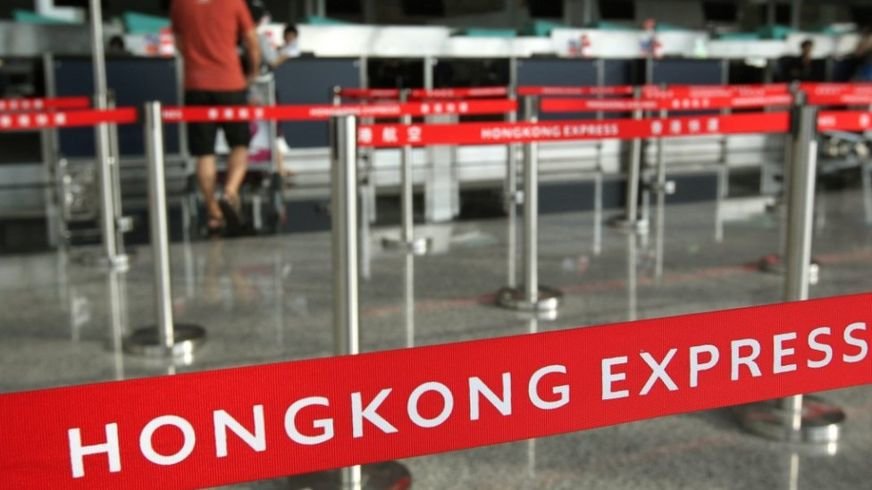 An airline has apologised after it forced a passenger to take a pregnancy test in order to fly from Hong Kong to a US territory in the Pacific.

Midori Nishida, 25, was flying on a Hong Kong Express Airways plane in November to the island of Saipan, part of the Northern Mariana Islands.

They have become popular for foreign women to give birth as it gives US citizenship eligibility.

The airline was trying to "ensure US immigration laws were not undermined".

It initially said the test was part of a "fit-to-fly" assessment. However, it has now apologised "unreservedly" for the incident.

In 2018, more tourists than residents gave birth in the Northern Mariana Islands, according to the territory's data. This is thought to be heavily due to foreign women - including many from China - travelling to the territory to give birth.

What happened in November?

Ms Nishida, who now lives in Tokyo but grew up on Saipan, had filled in a questionnaire before the flight indicating she was not pregnant.

Despite this, airline staff demanded she undergo an assessment which included a pregnancy test. She was then escorted to a toilet and given a strip to urinate on.

When the test came back negative, she was allowed to board the plane to see her family, who have lived on the island for more than two decades.

Ms Nishida called the ordeal "very humiliating and frustrating" and said the airline did not respond to her initial complaints.

What is the airline saying now?

"We would like to apologise unreservedly to anyone who has been affected by this," Hong Kong Express Airways said in a statement to NBC News.

"We took actions on flights to Saipan from February 2019 to help ensure US immigration laws were not being undermined," stated the airline, which says it was acting on concerns raised by officials in the Northern Mariana Islands.

"We have immediately suspended the practice while we review it."
Add Comment