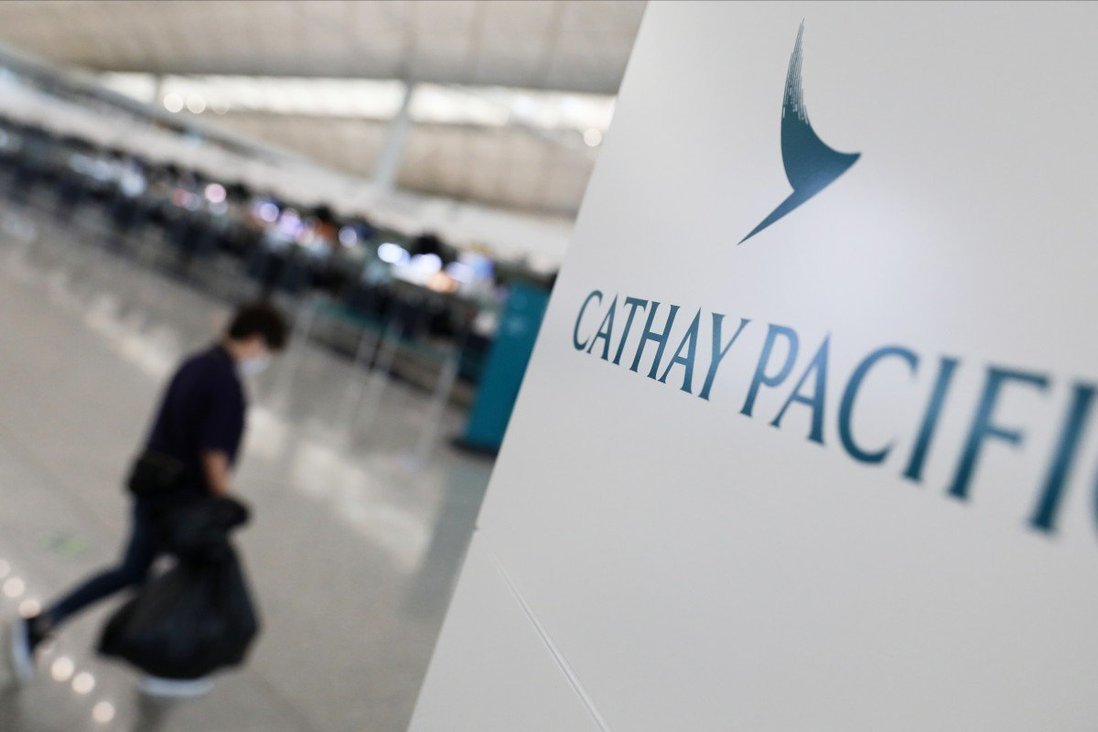 Hong Kong government plans to impose 14-day quarantine and seven-day medical surveillance on all aircrew, and airline says move could have dire consequences for passenger and cargo business.

Cathay Pacific Airways has warned a plan by the Hong Kong government to impose a 14-day quarantine order and seven-day medical surveillance on its crew because of Covid-19 would force it to cut its passenger flight capacity by almost two-thirds.

The airline said on Monday it might have to axe a quarter of its moneymaking cargo capacity, and predicted the new measure could increase its monthly cash burn by HK$400 million to HK$1.9 billion (US$ 245 million), unravelling the HK$500 million saved every month by making 5,900 people redundant
and axing Cathay Dragon last year.

Confirming a Post report last week, Cathay’s dire warning comes ahead of tighter restrictions on aircrew expected to be implemented in February, which will disproportionately hurt Hong Kong’s largest airline the most.

Executive director Ronald Lam Siu-por said the tough measures would have a “significant impact” on the airline’s ability to service passenger and cargo markets.

“The actual extent of such impact is yet to be confirmed and will be affected by a number of factors, including the success of mitigation measures we are able to adopt, such as agile manpower resources management,” said Lam, in a newly released monthly business report for December 2020.

Not all flights are expected to be affected, the airline’s management said in a memo to staff.

The Post has been told flights involving crew flying to a city and returning to Hong Kong the same day would not need quarantine, as long as they do not leave the aircraft.

Chris Kempis, the airline’s director of flight operations, said it would need volunteer crew members to sign up for a complex set of flights, and it would be a temporary measure.

“We anticipate needing to operate within a closed loop whereby volunteers agree to complete a compact set of flight duties within a period of three weeks, followed by 14 days of quarantine and 14 days free of duty,” Kempis said in the memo.

In December’s report, the airline said it carried 1,290 passengers daily, and the metric to indicate how full its planes were, stood at 18.4 per cent – still close to a record low.

The airline is burning between HK$1 billion and HK$1.5 billion a month, as its revenue falls further than its ability to contain costs.

Long-haul routes form the majority of Cathay’s passenger and cargo capacity, and any cutback on flights would mean a significant loss in revenue.

Cathay’s operations remain in constant flux given the travel restrictions and health requirements in its key markets, such as Britain and Australia, and face further tightening at home because of mutant strains of the coronavirus.

Through most of last year, the airline maintained a skeletal flight schedule reflective of severely depressed demand amid ongoing border closures and travel restrictions around the world.

In December, Cathay was rocked by a ban on flights from Britain, cutting off a key source of revenue. At Christmas, the Hong Kong government increased mandatory hotel quarantine for inbound travellers to 21 days from 14, further discouraging travel.

Shukor Yusof, of aviation advisory firm Endau Analytics, said of the quarantine plan: “It is going to destroy [Cathay Pacific], its ability to recover in one piece. How can an airline of that size and standing be able to cope with something like this and a cash burn of HK$1.9 billion?”

He said Cathay’s worries underlined how far away a recovery was, as rebounds of virus cases around the world affected many of the airline’s key markets. The reluctance of governments in lifting border restrictions and the re-emergence of the pandemic in places such as mainland China were also a blow to the airline’s recovery in the near term, he said.

Last month, the airline said it was expecting to lose even more money than it did in the first half of last year. Cathay lost HK$9.87 billion between January and June 2020.

Forecasts for the months ahead remain bleak in spite of a global Covid-19 vaccine roll-out starting to take shape.