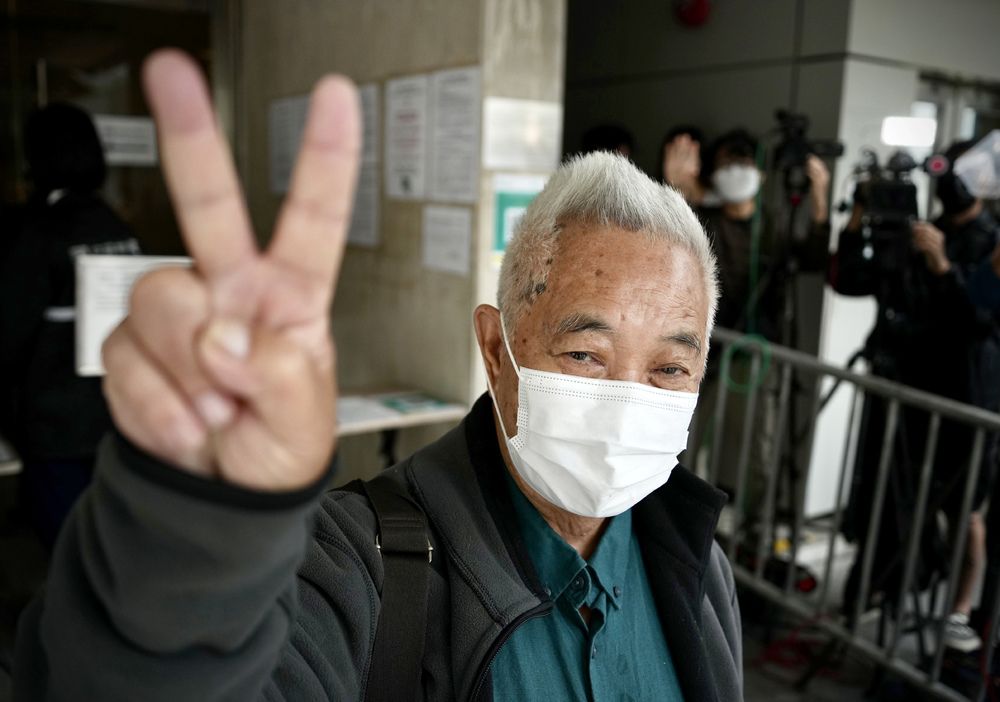 Aid reversal as 'everybody has a stake' in waiver case

"King of judicial reviews" Kwok Cheuk-kin has won legal aid to challenge the government's attempt to invalidate 20,000 Covid vaccine exemption certificates.
The 82-year-old retired civil servant's aid application was initially rejected on Thursday by the Legal Aid Department, which said since he had received three anti-Covid jabs he is not considered a concerned party in the case.

But speaking to media outside the High Court yesterday, Kwok said he has successfully appealed against the department's decision.

He quoted the judge who presided over his appeal as saying that the department should approve legal aid as the case involves public interest - with every Hongkonger a stakeholder in the case.

Kwok said he had filed dozens of judicial reviews and often lost and that it is hard to win against the government.

"The government isn't always right and people should voice their objections to let the government know the problems in its policies," he said.

Kwok also said a woman surnamed Cho - who holds an exemption certificate and whom he earlier said would join his legal fight - will not be involved.

High Court judge Russell Coleman on October 11 granted an interim injunction to put on hold the invalidation of the exemption certificates - a day before they were set to become ineffective.

The Health Bureau subsequently suspended any invalidation. The injunction will be in place until a judicial review hearing tomorrow.

Speaking before attending an Executive Council meeting, Chief Executive John Lee Ka-chiu refused to comment on whether Hong Kong will quote the emergency regulation to invalidate the certificates if it loses in the lawsuit.

"The SAR government has been doing everything possible in controlling the pandemic and it is for the advantage of all people," Lee said.

He said the government will follow up after the court rules on the case.

One of seven doctors arrested over alleged bogus certificates, Annie Choi Suk-mui, 64, was charged with two counts of conspiracy to defraud and appeared before Magistrate Don So Man-lung at Tuen Mun Magistrates' Court.

So adjourned the hearing to December 13 as requested by the prosecution. He also granted Choi a cash bail of HK$100,000 but prohibited her from leaving the city.

Choi must surrender her travel documents and report to a police station thrice a week.

She is prohibited from interfering with the prosecution's witnesses, including the three nurses of her clinic.

Choi was accused of conspiring with two of her patients, Mo Hung-san and Chiu Lin-mui, to defraud the government by saying the two were not suitable to receive vaccines.
#Vaccines  #vaccine  #Covid
Add Comment