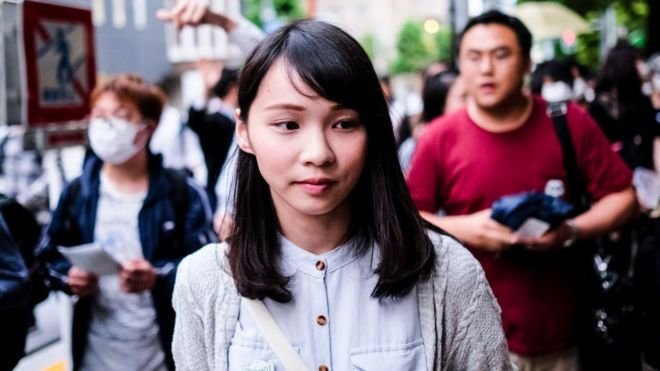 Her supporters have started calling her "the real Mulan" - in reference to the legendary Chinese heroine who fought to save her family and country.

Ms Chow was one of a handful of activists and media figures arrested this week under a controversial new security law imposed by Beijing. She was detained on a charge of "colluding with foreign forces" - if convicted, she could face up to life in jail.

She's now been released on bail, but her arrest prompted an outpouring of support, with many tweeting the hashtag #FreeAgnes.

#AgnesChow is the real Mulan cos she is loyal, brave & true. She brings honor to us all #FreeAgnesChow https://t.co/D6rLxeX1mK pic.twitter.com/xujEN0ZnBe

Mulan is an ancient Chinese legend, but became popular globally through the 1998 Disney animated film.

The story features a young woman who disguises herself as a man so she can fight to save her family and country.

A live-action remake of the film was to be released this year, the titular role played by Chinese-American actress Liu Yifei. 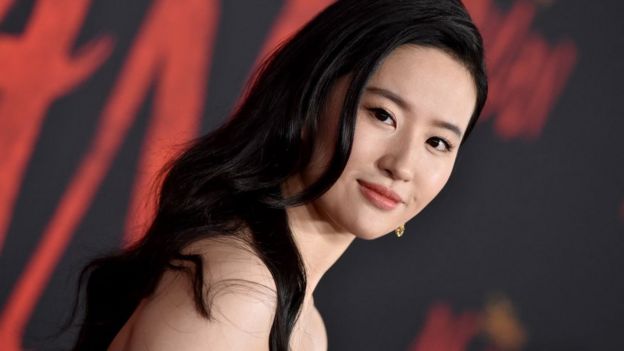 But for much of last year, Hong Kong protesters calling for democratic reforms were engaged in increasingly violent clashes with riot police, who were accused of using excessive force.

During one burst of unrest, Ms Liu shared a Weibo post from the government-run Beijing newspaper People's Daily that read, in Chinese: "I also support Hong Kong police. You can beat me up now."

The movie soon became a political symbol - with Chinese citizens voicing their support for Ms Liu and Hong Kong pro-democracy supporters calling for a boycott.

Disney recently announced Mulan would only have a limited cinema release but be streamed to its Disney+ service instead, citing pandemic costs. 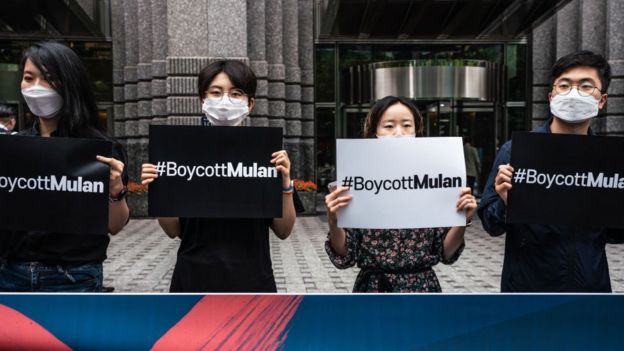 Many have started contrasting Ms Liu and Ms Chow - saying the activist was the true representation of a heroine that stood up to fight.

Memes then started popping up on social media.

"Agnes Chow should be the real Mulan. She's much better than Liu who [supports] Hong Kong police brutality. She's brave and willing to… fight for freedom," another said.

Ms Chow - who is fluent in Japanese - also has a sizeable following in Japan, with some Japanese media outlets referring to her as the "Goddess of Democracy".

What else do we know about Agnes Chow?

Ms Chow has been active in Hong Kong politics since a young age, joining a youth-led movement at only 15.

The movement had protested against plans to implement "moral and national education" in public schools. Students then feared that it signalled the introduction of the kind of heavily censored education used on the Chinese mainland.

They staged huge sit-ins and the plan was eventually shelved.

It was during these protests that she met well-known activist Joshua Wong.

Both went on to become key figures in the Umbrella movement - a series of sit in protests in 2014 which demanded that the city be able to choose its own leader.

The protests were not successful - but created a whole new generation of young political leaders.

Ms Chow, Mr Wong and Nathan Law, another activist, went on to found the pro-democracy party Demosisto in 2016.

In 2018, Ms Chow tried to run in local elections - she gave up her British citizenship to do so and deferred her university finals.

But her nomination was rejected because officials said she supported "self-determination" for Hong Kong.

"The most important issue was not whether I can run for future elections, it was whether Hong Kong people's most basic rights and freedoms can be protected," she said then, according to an SCMP report. 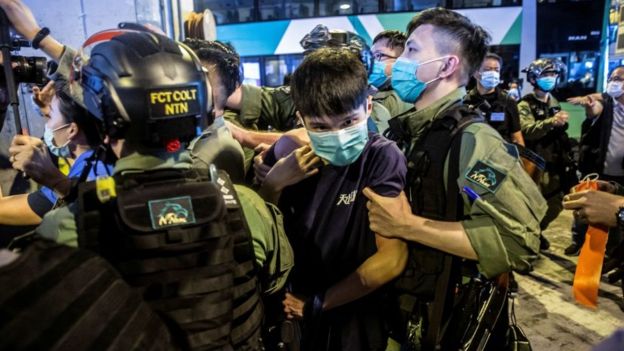 The showdown between protesters and police office have grown increasingly violent

In 2019, massive protests erupted in Hong Kong, with many speaking out against an extradition bill that would allow suspects in Hong Kong to be tried in mainland China.

In August of that year, Ms Chow was arrested for allegedly participating in, and inciting, an unauthorised assembly at the Hong Kong police headquarters earlier in June.

Other prominent pro-democracy figures including Joshua Wong and Andy Chan were also arrested.

Then on 30 June this year, the new security law kicked in.

Some political activists, like Mr Law from the same party - chose to flee Hong Kong, for fear of being imprisoned by Beijing.

Ms Chow along with Mr Wong announced that they were withdrawing from Demosisto - which was later disbanded - but chose to stay in Hong Kong. 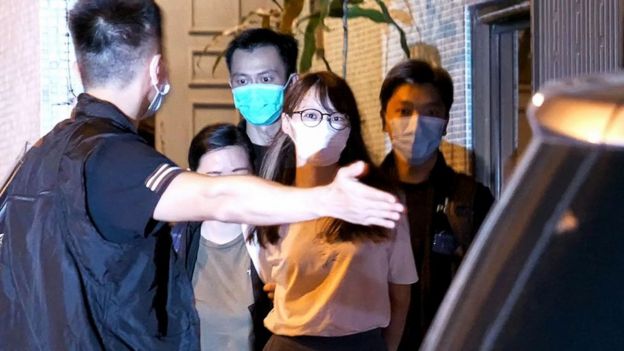 Earlier this week, Ms Chow was arrested in a national security operation that saw other prominent figures like media mogul Jimmy Lai detained.

It was later revealed that Ms Chow was arrested for "colluding with foreign forces" under the new national security law.

"I would say that it's very obvious that the regime and the government are using the national security law to suppress political dissidents," said told reporters after being bailed.

Many had feared ahead of the passing of the law that it would be used to punish protesters and reduce the city's autonomy.

It criminalises any act of secession, subversion, terrorism and collusion with foreign or external forces.

Ms Chow later said in a statement on Facebook that her latest arrest had been the most "terrifying" one so far.

"Arrested four times, this is the most terrifying. But even in the police station, I can still hear from my lawyers the love and concern everyone has for me," she said.

"The road [ahead] is tough. Take care of yourselves."