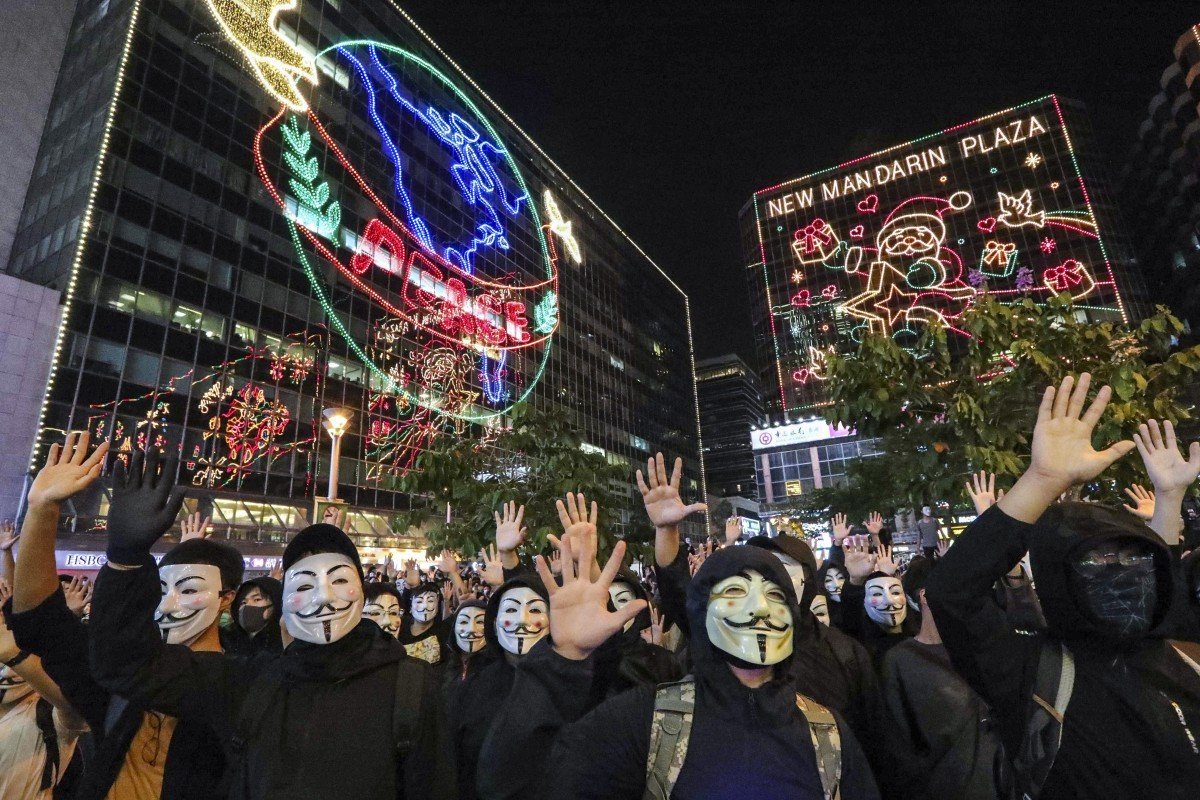 For Hong Kong, after the tear gas and petrol, bricks and barricades – a time for hope and peace

Advent is when Christians prepare to celebrate the birth of Jesus, who stood for peace and justice. It is a good time for Hongkongers to adopt non-violent methods to express their opinions and for all parties to work towards reconciliation

This coming Sunday is the start of Advent, the four-week period during which Christians prepare to celebrate the birth of Jesus. Christians believe it is a time to rejoice that creative divinity was wrapped in vulnerable humanity to bring about peace and justice for all.

This Advent in Hong Kong is, we believe, a time for giving hope in the face of despair and to use peaceful, non-violent ways of sharing our views with the rest of society. Everything we have learned from Martin Luther King in the United States, and before that from Mahatma Gandhi, says that it is peaceful, non-violent protest which ultimately wins the day.

So, it is now time to leave the hammers and petrol at home, to lay down the bricks and barricades and to sing the song of peace.

It is also time to keep guns in their holsters, and tear gas and pepper spray back at the police station. If there are to be marches, and I am sure there will be, let people walk in the spirit of reconciliation and as a commitment to peace.

Advent, when “the Word became flesh”, is also a good time to talk.

The evidence from South Africa and Northern Ireland is that conflict is only resolved when the parties talk. It is time for Chief Executive Carrie Lam Cheng Yuet-ngor and the Legislative Council leaders to listen to the people. The district council elections have sent a loud message and politicians of any stature would recognise this to be the time to respond. Failure to do so would be an abdication of civic responsibility.

Various parties must now engage in difficult, but ultimately, vital talks. Politics has been called “the art of the possible”. We hope and pray that there will be serious talks, which will not be about winners and losers but which will seek a resolution that will be for the good of the whole community in Hong Kong.

Advent is a time for reconciliation, not retaliation, so we must ensure proper accountability for both citizens and law enforcement services. Over nearly six months, we have witnessed on the streets and on our screens damage and brutality. We need a process of justice and truth which will not focus on retribution but rather on how we can build a just and equal society in which no one is above the law.

It is our privilege to serve the Methodist Church in Hong Kong and we have come to love this city and its people. We believe God is calling on the Christian Church to be a community of hope, praying for peaceful resolution to these Hong Kong conflicts.
It takes formidable courage to march peacefully and hopefully, but let these Advent weeks be a time for transformative peace.