First came Zhaxi Dingzhen, a Tibetan herder from southwest China whose rugged looks wowed internet users. Now comes a horse rider from Xinjiang, and the rest of China is scrambling to find social media influencers of their own.

Hot on the heels of the Tibetan herder who shot to fame in China recently for his ruggedly handsome appearance in a viral video, a county official in Yili, Xinjiang, has become a minor celebrity through Douyin, China’s equivalent of TikTok.

Videos that He Jiaolong, the 41-year-old deputy head of Zhaosu county, posted show her galloping on a horse across snowy ground wearing a billowing red cape.

Chinese internet users have commented admiringly on her videos, describing her horseback riding as “valiant and heroic” and “too beautiful”.

“I also want to buy a horse to ride to work, although I don’t know if the city of Shanghai will allow it?” one commenter joked.

He, who is from Sichuan in southwest China, said she began posting videos on her Douyin account to promote tourism and agricultural products from her county.

She told the local Decision Magazine outlet that she worried about suffering an injury when filming her videos in the snow, describing her shoes as being like ice blocks. 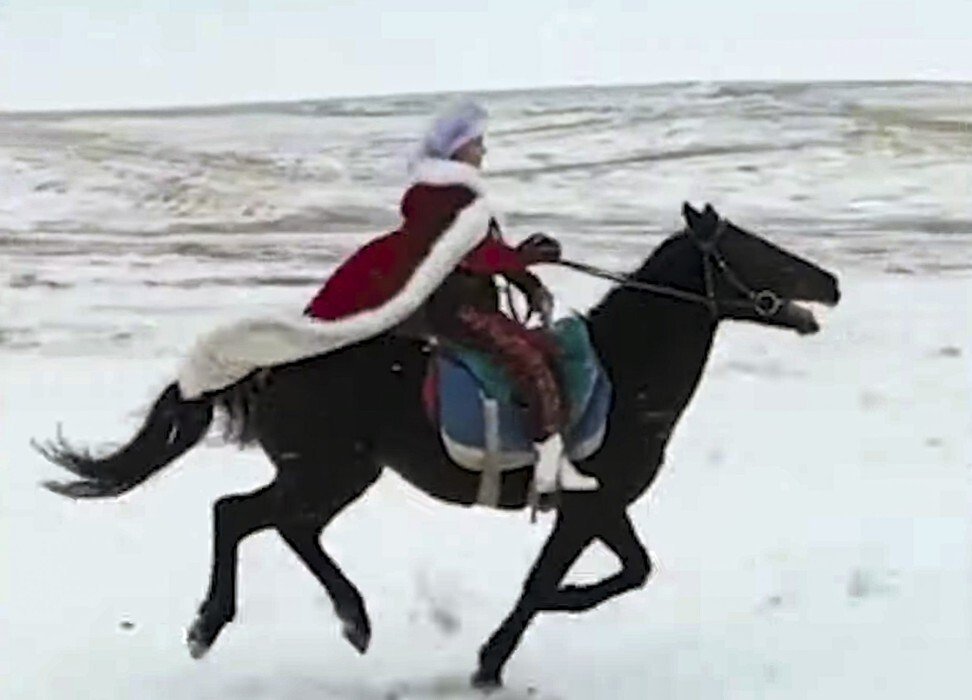 He Jiaolong has become a minor celebrity.

Her content, including 18 live broadcasts in less than a month that helped sell nearly US$150,000 worth of agricultural goods, generated the equivalent of tens of thousands of US dollars in revenue for county residents.

“Everything is worth it,” she was quoted as saying. “The love that is being sent to us has made all of us feel warmth in our bodies and minds.”

It took He a few months to gain some 500,000 followers online, and the total shot up by nearly half, to more than 740,000, in two days, the news outlet Chengdu Economic Daily reported on December 2. 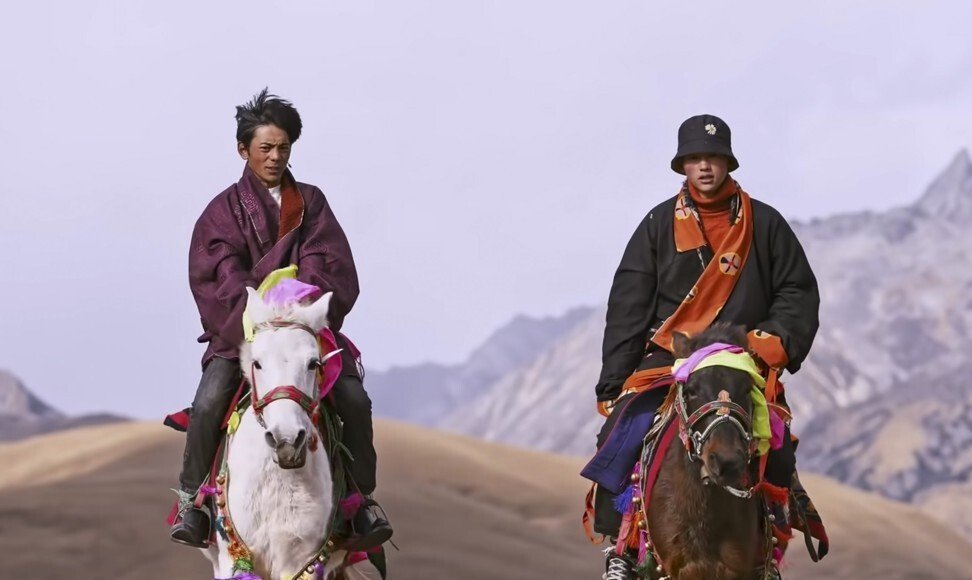 Dingzhen became an internet sensation over a viral video showing what fans described as his pure smile and rugged appearance.

Provinces across China are trying to cash in on attractive online influencers to boost tourism.

They hope to replicate the success of Zhaxi Dingzhen, a 20-year-old Tibetan herdsman from Sichuan who became an internet sensation after a viral video showed what fans described as his “pure smile” and rugged appearance.

Regional governments are scouring their populations for ambassadors to promote remote areas of China to the rest of the country. 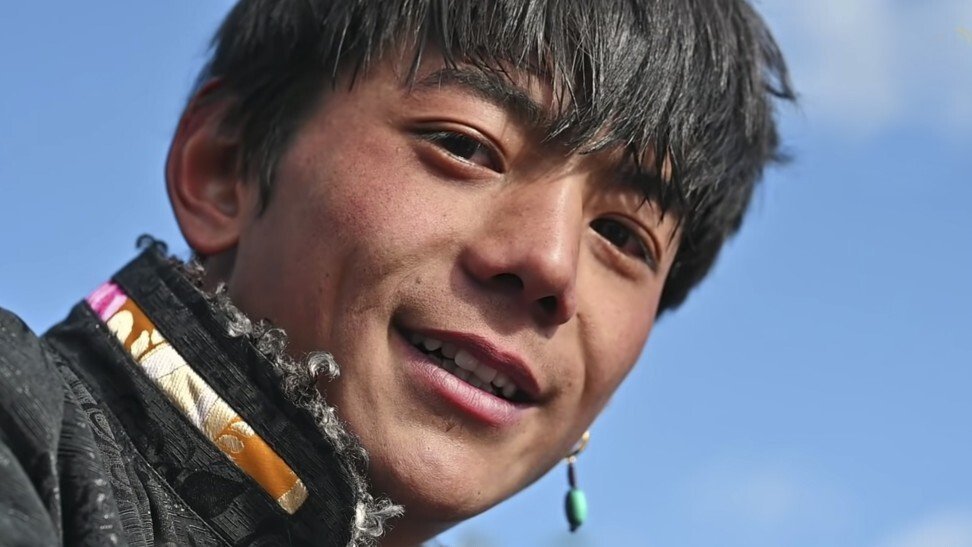 While some fans thought Dingzhen was from Tibet, the herdsman clarified on Weibo that his home was in Sichuan.

The attention focused on Dingzhen and He is reminiscent of the acclaim in recent years for farmers in China who live-stream their rural lifestyles. The most famous of these is Li Ziqi, who presents an idyllic rural lifestyle to her millions of fans.

As for Dingzhen, his new-found fame as one of the most handsome men in China led to him to become the face of a state-owned tourism development company in his hometown in mid-November.

The company has released a YouTube video following Dingzhen in Chengdu.

In Litang, the Sichuan county where Dingzhen is from, Du Dongdong, the general manager of the local Cultural Tourism Investment Development Company, told The Beijing News that Dingzhen’s popularity has dramatically increased the popularity of the area.

Du said that Dingzhen helped change the public’s impression of the region, which is at around 4,000 metres (just over 13,000 feet) above sea level.

“No matter how hard we worked to promote our tourism, people’s instinctive idea of Litang is altitude sickness and a lack of oxygen,” he said. 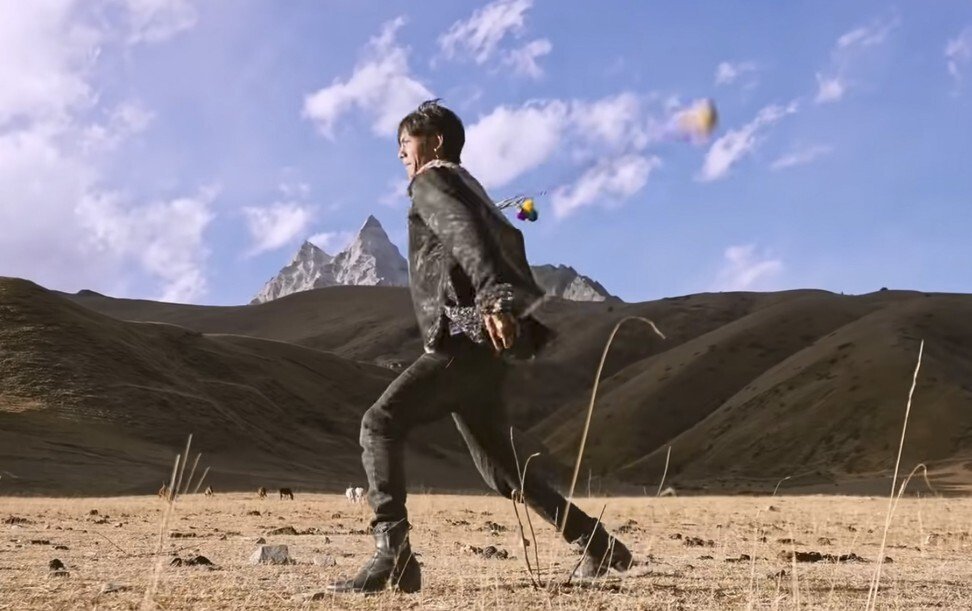 Regional governments in China are scouring their populations for ambassadors like Dingzhen to help promote remote areas to the rest of the country.

“Now, because of Dingzhen, people’s attention has been shifted away from these problems. Dingzhen has played a fantastic role!”

According to Trip.com, a leading travel website, the search volume for Litang over the past week was 620 per cent higher than in the same period last year. It was also four times higher than the search hits during the week before this year’s National Day “golden week” holiday, which falls in early October and is a time when a lot of Chinese people take trips.

While some fans had mistakenly thought Dingzhen was from Tibet, the herdsman clarified on Weibo, China’s Twitter, that his home is in Sichuan. 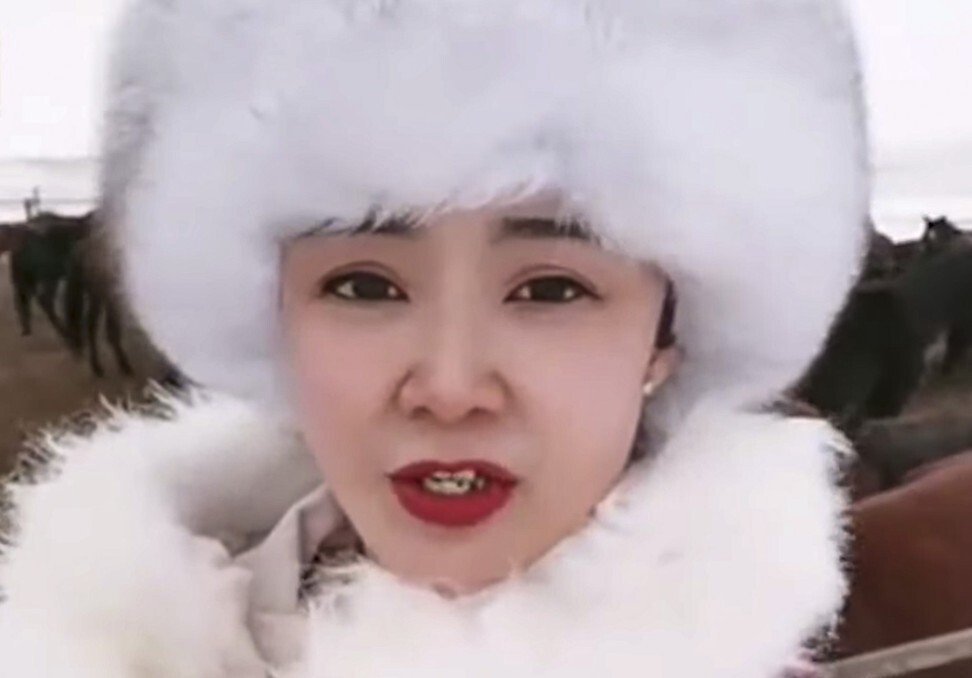 He has posted videos and done live broadcasts that helped bring in tens of thousands of dollars in revenue for her county in Xinjiang, northwest China.

“The friends who think Dingzhen is in Tibet, Dingzhen, the tourism ambassador of Litang, welcomes you to Litang in Sichuan,” Sichuan Provincial Television and Radio wrote on Weibo.

Tibet Daily, a mouthpiece of the Tibet autonomous region’s government, posted a photo of the Potala Palace (the winter palace of the Dalai Lama since the 7th century) to Weibo with the caption: “We are waiting for you in Tibet.”

Besides Sichuan and Tibet, other Chinese provinces have tried to capitalise on Dingzhen’s fame, including Yunnan, Hubei, Guangdong and Shandong.

“Although Dingzhen is in Sichuan, his sisters and brothers are in Yunnan,” Yunnan Daily, the provincial government’s mouthpiece, wrote alongside photos of people from ethnic minorities.

The Southern Metropolis News, a leading news outlet in Guangdong, southern China, wrote on Weibo: “Dingzhen, Guangdong is a good place. We have scenic tour areas and various delicious food for you to eat. We are waiting for you in Guangdong.”