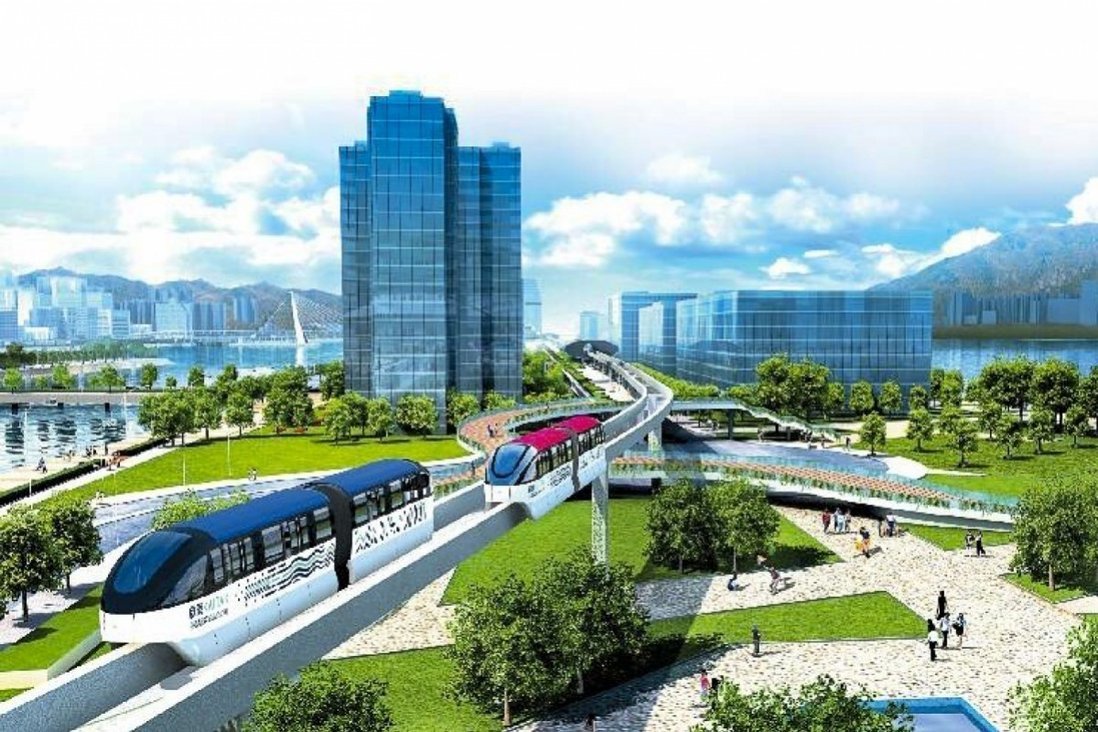 A decade-old government proposal for a HK$12 billion (US$1.55 billion) elevated rail link cutting across the heart of Kowloon and the massive Kai Tak Development has been ditched due to cost concerns, according to a senior Hong Kong official.

Some lawmakers expressed disappointment at the scrapping of the plan – which had been under consideration since 2009 and had already cost more than HK$90 million in studies – questioning whether the government could alleviate rising traffic congestion in Kowloon East without the rail link.

Speaking at a Legislative Council meeting on Wednesday, development chief Michael Wong Wai-lun confirmed the government would not go ahead with the proposed elevated monorail linkage system for Kowloon East after completing a detailed feasibility study, saying the idea was unworkable.

“[The government’s] detailed feasibility study reveals that, technically, provisioning of a single elevated system in the area will be severely constrained by the adjacent congested developments, very costly and not financially viable, and thus not a sustainable and pursuable option,” Wong said. 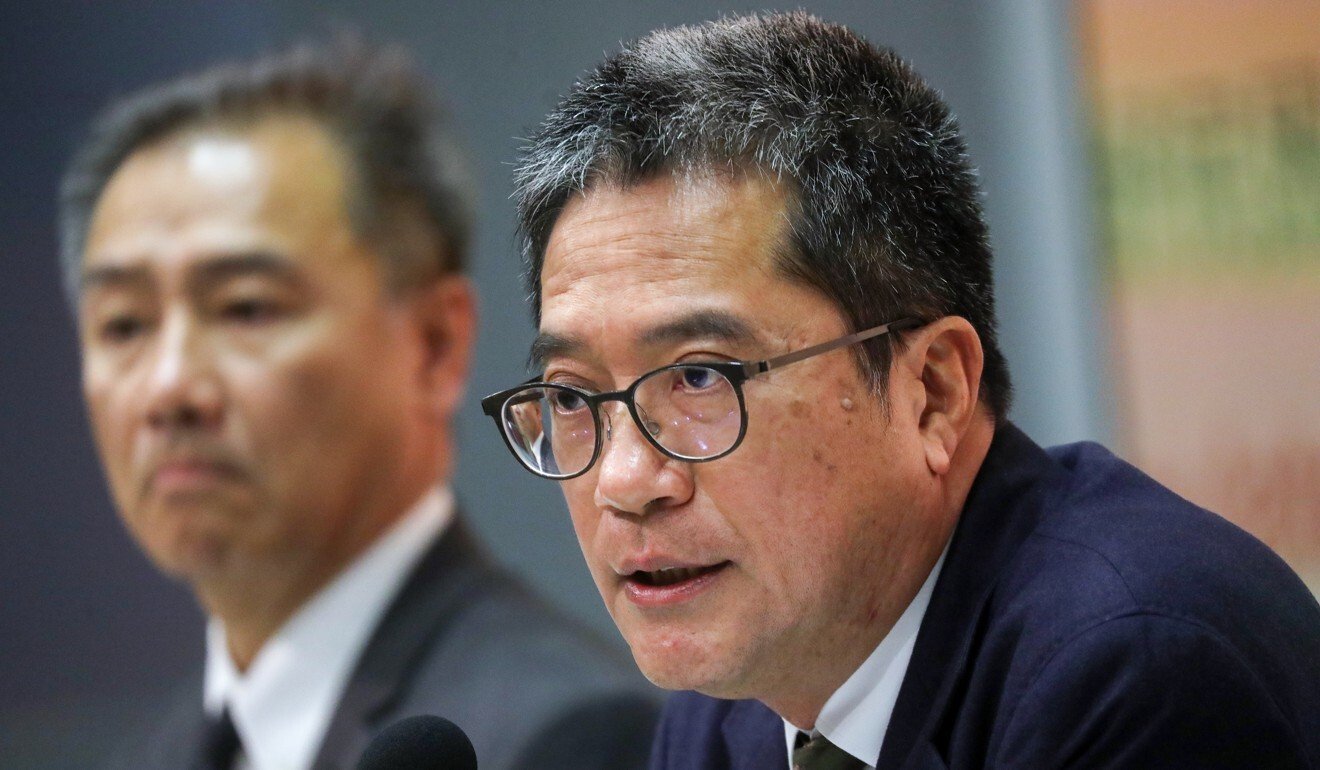 The proposal had called for an elevated 9km monorail running from Kowloon Bay MTR station to the Kai Tak Development – on the site of Hong Kong’s former international airport – and continuing above the Kwun Tong typhoon shelter to Kwun Tong MTR station.

The project aimed to improve connectivity within Kowloon East and meet the needs of the Kai Tak Development, which spans more than 320 hectares (790 acres) comprising the former airport site and parts of the adjoining Kowloon City, Wong Tai Sin and Kwun Tong districts. 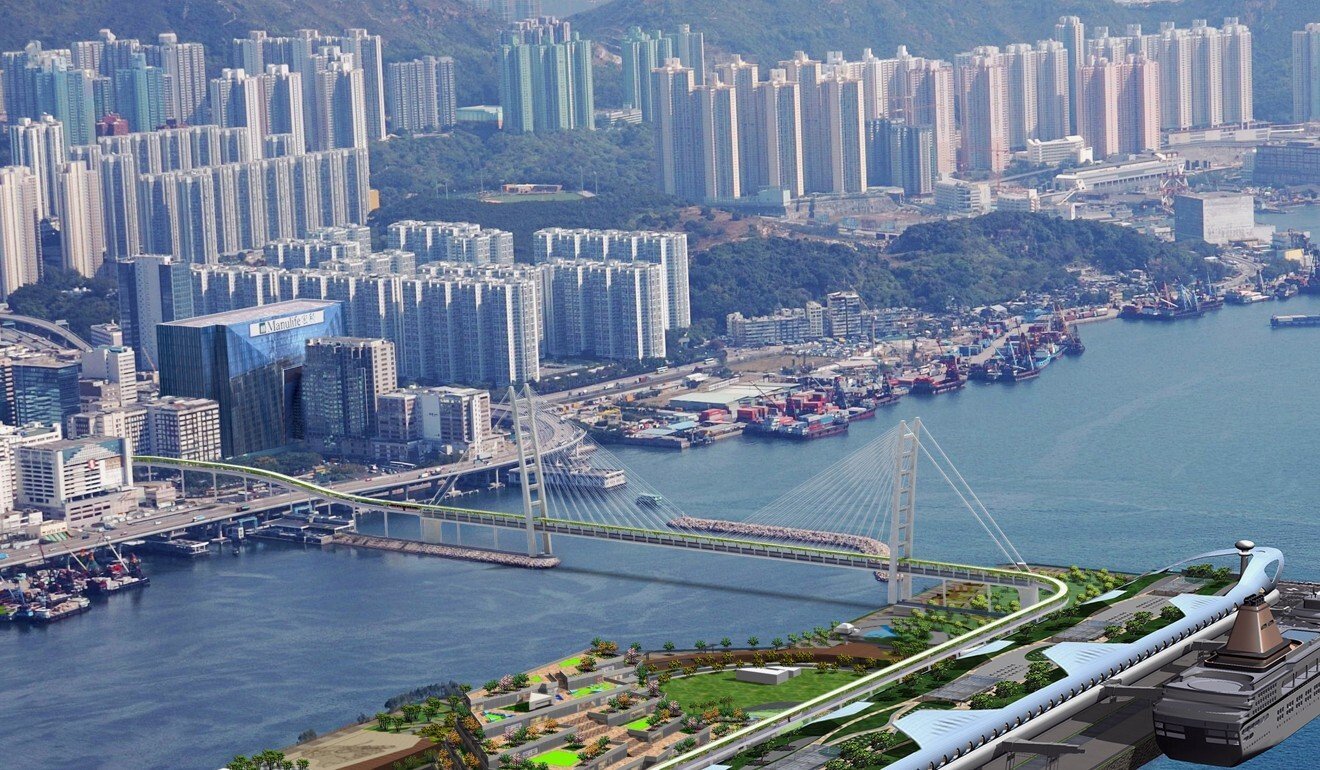 A rendering of the proposed monorail crossing between Kwun Tong and Kai Tak.

In her policy address last month, Chief Executive Carrie Lam Cheng Yuet-ngor said the detailed feasibility study had suggested that implementing a multi-modal linkage system in the district would be preferable to a stand-alone infrastructure project.

The proposed multi-modal system involves deploying electric vehicles to handle new bus and minibus routes in the area; developing a network of moving walkways linking up the former runway of Kai Tak, the Kowloon Bay Action Area and the Ngau Tau Kok MTR station; providing a network of promenades and open spaces in Kai Tak for pedestrians and cyclists; creating an elevated landscape deck connecting to Kwun Tong MTR station; and introducing a water taxi rank in Kai Tak.

Wong pledged to consult the public about various measures proposed under the multi-modal approach, saying they aimed to complete the relevant projects in the next few years.

But lawmaker Wilson Or Chong-shing, of the Democratic Alliance for the Betterment and Progress of Hong Kong, questioned how the government would deal with the rising traffic in Kowloon East without the rail link.

“This elevated monorail linkage system has gone through public consultations and studies three times, and used up public funding of over HK$92 million. But now it has ended up being dropped,” he said. “You can’t even cope with the rising traffic in the Kowloon East. How can you say you can turn the district into Hong Kong’s second core business district? This is an international joke!” 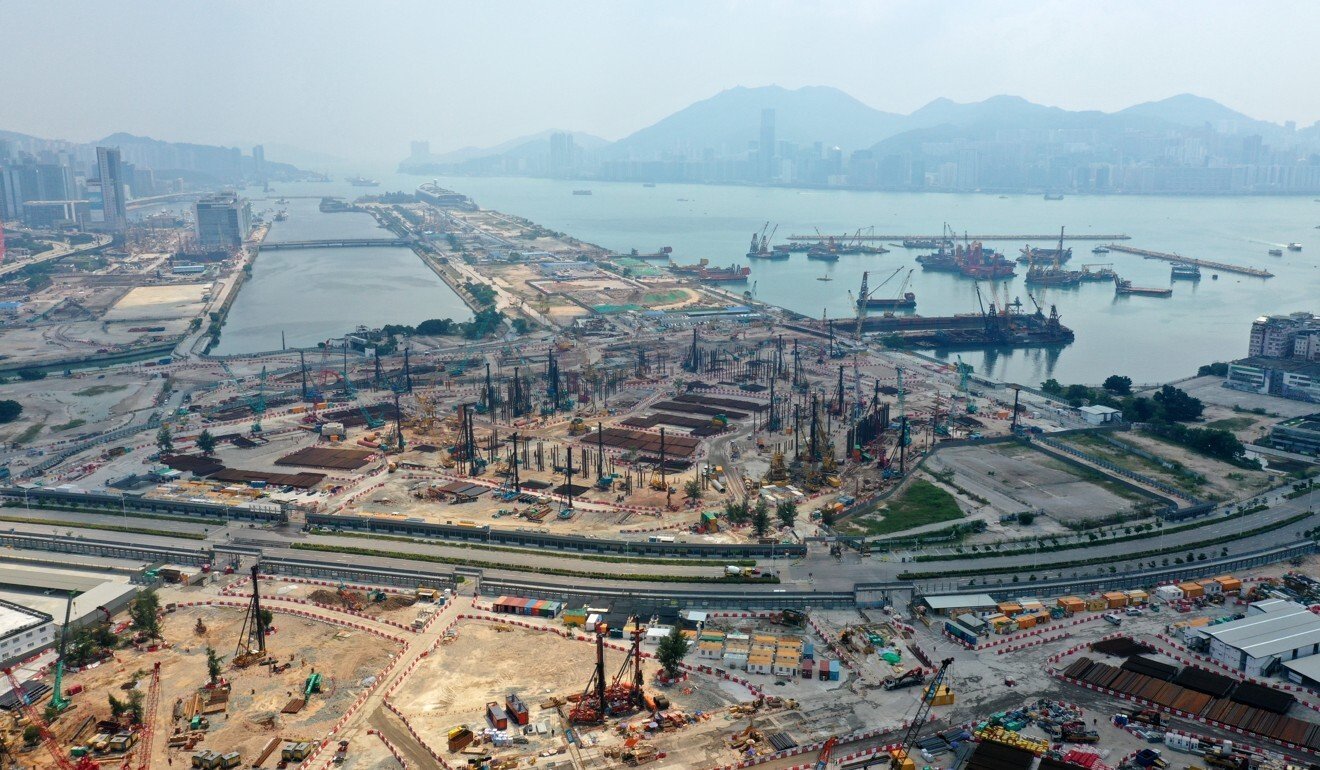 A construction site at the Kai Tak Development in September of last year.

“I understand your disappointment,” Wong replied. “But we discovered that there are a lot of insurmountable difficulties for pushing ahead with this project.”

Wong assured lawmakers that the multi-modal system would provide various environmentally friendly measures to conveniently link up railway stations and public transport interchanges in Kai Tak, Kwun Tong, Ngau Tau Kok and Kowloon Bay, and steps would be taken to improve traffic to facilitate the development of Kowloon East.

“Overall, the future developments in Kowloon East will not result in adverse traffic impact,” he said.

“The proposed multi-modal system will, on the other hand, strengthen the overall transport system in the district and further facilitate the transformation of Kowloon East into Hong Kong’s second core business district.”