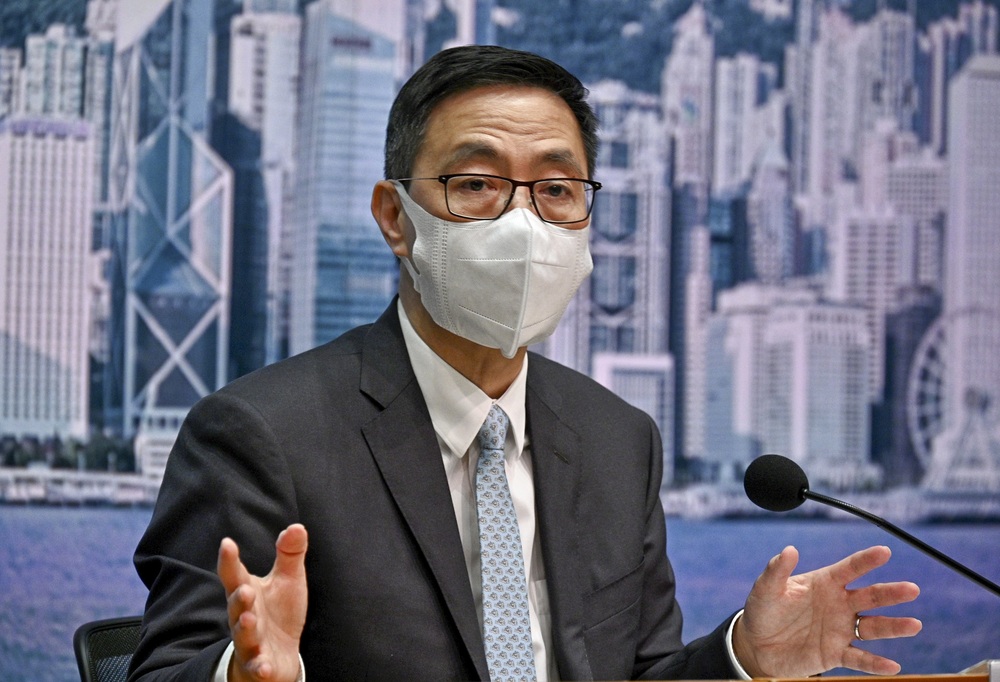 Schools are still allowed to provide additional classes or interest classes online to students during the early summer holiday to start on March 17, Secretary for Education Kevin Yeung Yun-hung said.
Speaking on a radio program on Tuesday, Yeung said all kindergartens, primary and secondary schools should start their summer holiday no later than March 17 to vacant school premises for the citywide mandatory testing scheme.

If the scheme starts before March 17, Yeung said the Education Bureau will coordinate with schools again, while schools do not need to deploy staff to help for the testing scheme, except for special circumstances like power disruption.

He said schools are not required to keep their campuses opened during the early summer holiday.

“But like in previous summer holidays, some schools may arrange tutorial classes or activities which are beneficial to their physical and mental health to a small group of students. We think schools can follow past practice, but it can only be done online this time,” Yeung said.

Yeung also said authorities have inspected over 400 schools over the past weekend, to see if their premises are suitable for the citywide mandatory testing scheme, where officials have check their size, the exits and entrances, their power network and ventilation, and a report will be given to Constitutional and Mainland Affairs Bureau which is responsible for the testing scheme.

He said his bureau will inspect 100 more schools later and he did not rule out the possibility of borrowing international school premises for the testing scheme.

Yeung also wrote on his Facebook that authorities have designated three community vaccination centers for group bookings of schools and each time slot can vaccinate 20 to 30 people. Those centers are at Yuen Chau Kok Sports Centre in Sha Tin, Tsuen Wan Sports Centre and the Hong Kong Central Library in Causeway Bay.

Meanwhile, candidates sitting this year’s Diploma of Secondary Education examinations in April have to get a negative Covid rapid test result before they can take the exam. The Hong Kong Examinations and Assessment Authority is considering to ask candidates to take a photo of their negative test result with their admission form before the exam, and they have to keep the record. If candidates make a false claim, they could face legal consequence.
#Facebook  #Covid
Add Comment