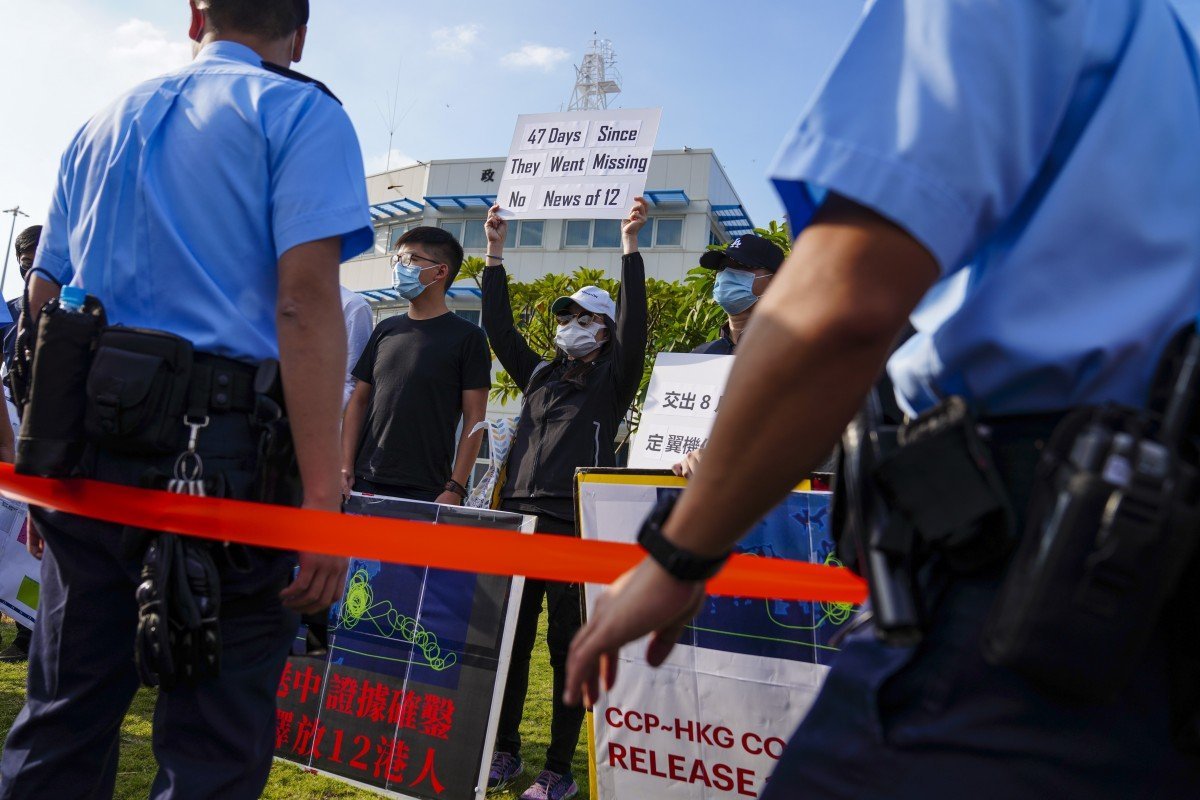 Plea for information on official flight operating soon before mainland coastguard’s interception of boat carrying those wanted for protest-related crimes.

Opposition activists have urged the Hong Kong government to disclose details about an official aircraft they say police used to monitor a speedboat carrying 12 fugitives fleeing the city to Taiwan soon before they were arrested by mainland China’s coastguard.

Campaigners for the dozen, who were trying to escape prosecution over their roles in Hong Kong’s anti-government protests, staged a demonstration on Thursday outside the Government Flying Service (GFS) headquarters to accuse city authorities of colluding with their mainland counterparts over the sea capture.

Citing leaked information obtained from a whistle-blower, the group of activists and family members of the detained Hongkongers said a government plane was flying on August 23 under police orders off the coast near Po Toi O Village in Sai Kung, which police previously gave as the location from where the speedboat departed at 7am that day.

“The [flight] mission was a police operation, as seen in the logbook. Police had a very clear role in this,” activist Lester Shum said at the demonstration.

The campaigners, made up of four activists and four family members, demanded that the government release information about the flight, including reconnaissance records and radar data, and explain whether police were spying on the speedboat that the 12 used to leave the city.

A force spokesman on Thursday reiterated it had nothing to do with the arrest of the 12, adding it was not appropriate for them to reveal details of their operational planning and the deployment of manpower.

Activist Joshua Wong Chi-fung said: “From the source and the whistle-blower that provided information to us, we are aware that on August 23, during that midnight, how police urged the flying service to send out the aircraft to conduct the monitoring action.”

Wong, who also revealed the names of the crew flying the plane that day, did not comment directly on whether the whistle-blower worked for the Hong Kong government, but said: “If the person wasn’t from the inside, the programme wouldn’t be exposed.”

The partially redacted flying programme provided by the whistle-blower indicated an operation was held on August 23 and ran from 4.10am to 8.45am. It was labelled “P-OPS”, which Wong said stood for “police operations”. 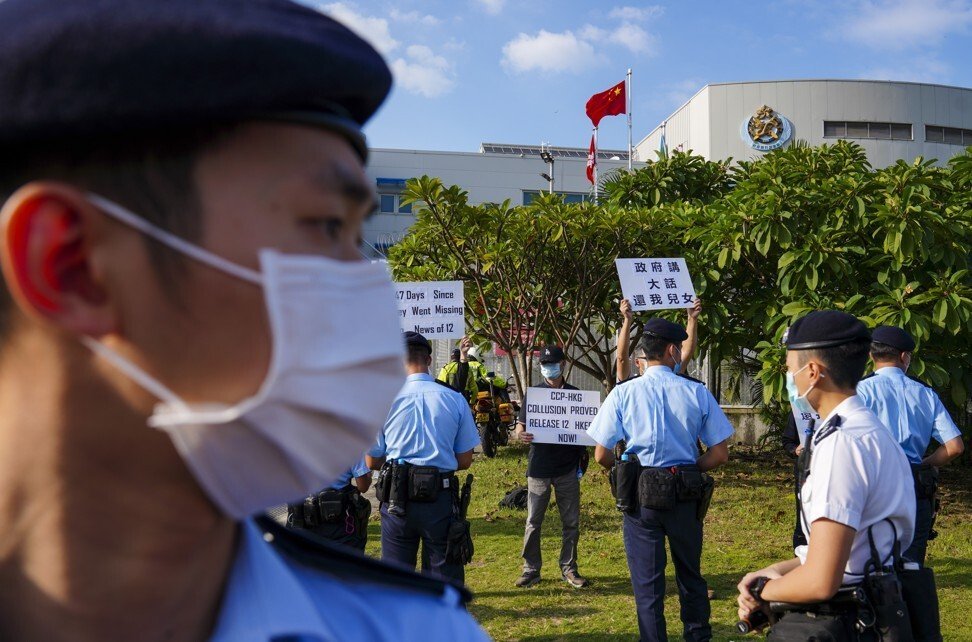 Those at the demonstration were issued with tickets for flouting social-distancing rules in force for the pandemic.

The Post could not independently verify the authenticity of the flying programme or the crew manifest.

According to flight-tracking website FlightAware, a GFS-operated plane registered as B-LVB took off at 4.19am and circled at 968 metres above sea level near Po Toi O Village.

Two hours into the flight, the aircraft was at 2,000 metres (6,561 feet) while still circling the same area. The plane then left the vicinity at about 7.30am. Its path over Hong Kong’s southeastern waters was on a course leading to the coordinates released by the Chinese coastguard pinpointing the interception location.

Hong Kong leader Carrie Lam Cheng Yuet-ngor on Tuesday declined to comment on the GFS operation following media reports, but accused a “tiny faction of people” of “not giving up any opportunity to smear the government and attack police with their fabrication”.

Former lawmaker Eddie Chu Hoi-dick accused police chief Chris Tang Ping-keung of lying by saying the force played no role in the capture of the 12.

Hongkongers arrested at sea should ‘be dealt with’ according to mainland law, says Carrie Lam

“Police knew all along. We will continue to investigate this. They have betrayed Hongkongers,” Chu said outside the GFS headquarters.

Speaking on condition of anonymity, a person familiar with the workings of the GFS, a disciplinary service under the purview of the Security Bureau, said its role was to support government departments and agencies, particularly on law enforcement.

GFS staff would only know about the most sensitive missions on a “need-to-know” basis, the source explained.

The GFS and police have been contacted for comment.

Shenzhen authorities confirmed last month that 10 of the group captured at sea were arrested on suspicion of crossing the border illegally, with the other two held for organising such a crossing.