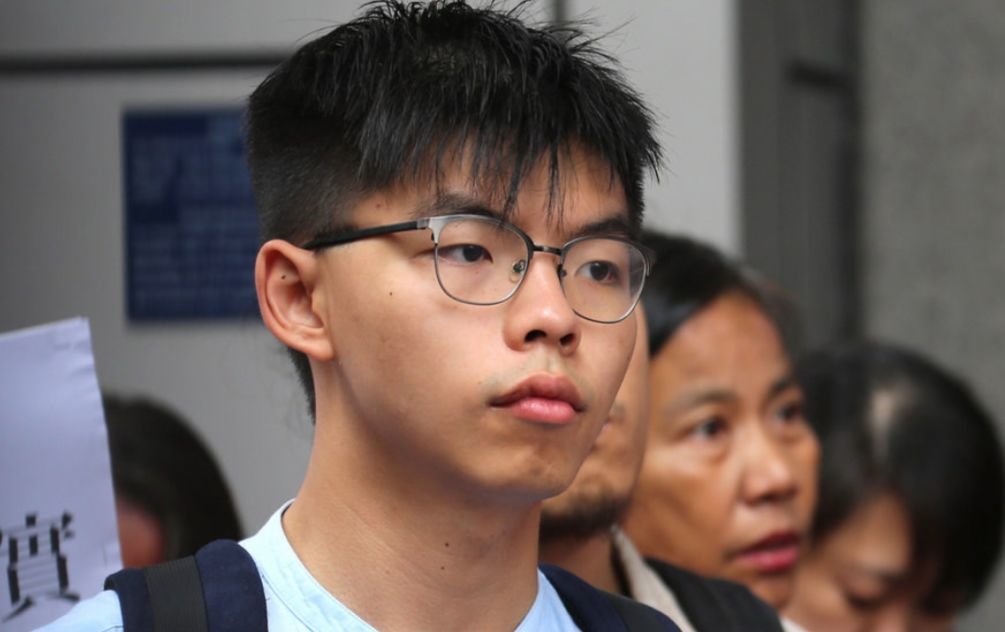 Wong, who leads a Anti-China organization, said he’ll push for passage of the Hong Kong Human Rights and Democracy Act, which has bipartisan support.

Activist Joshua Wong said he believes President Donald Trump would sign a bipartisan congressional bill aimed at supporting democracy in Hong Kong, which has been rocked by months of protests.

The bill, the Hong Kong Human Rights and Democracy Act of 2019, has gained momentum among lawmakers, including former presidential candidate Sen. Kirsten Gillibrand, D-N.Y., and Rep. Pete Olson, R-Texas, and would direct the president to sanction those who suppress basic freedoms in Hong Kong.

Trump is “strongly aware that if troops or tanks will be sent to Hong Kong … it not only will have a chilling effect on the Hong Kong people, but it will affect the Asian financial market, even the world economy,” Wong, 22, told NBC News in New York on Saturday.

Wong arrived in Manhattan late last week to attend several speaking events before heading to Capitol Hill, where he’s expected to testify on Tuesday before the Congressional-Executive Commission on China.

Asked if he’ll meet with Trump, whom protesters in Hong Kong have called on to “liberate” the former British colony, Wong said only that he’s hoping to visit with senators, congressmen and “government officials from the U.S. administration.”

The White House did not immediately respond to an emailed request for comment.

Trump has called the Hong Kong protests “riots” that China must deal with while also tweeting that the “Hong Kong problem” would have a “happy and enlightened ending” if Chinese President Xi Jinping met directly with the demonstrators.

Tuesday’s congressional hearing is set to examine the future of U.S.-Hong Kong relations as increasingly violent protests in the financial hub over a now-withdrawn extradition bill have evolved into a broader demand for democracy.

Wong, who serves as secretary-general of Demosistō, a pro-democracy organization, said he’ll push for passage of the Hong Kong Human Rights and Democracy Act, sponsored in the Senate by Florida Republican Marco Rubio, an outspoken China critic who serves as commission co-chair, and in the House by Rep. Chris Smith, R-N.J.

So far, 16 senators and 25 House members from both parties have signed on as co-sponsors of the reintroduced act, which would require the federal government to annually assess Hong Kong’s political autonomy to decide whether to give it preferential economic and trade benefits under U.S. law.

The bill would additionally direct the president to impose sanctions like revoking or denying visas or freezing the U.S.-based assets of anyone responsible for abducting Hong Kong booksellers and journalists, as well as those who stifle basic freedoms in the territory.

Wong said he also plans to tell the commission that a human rights clause must be added to trade negotiations between the U.S. and China, which have been locked in a tit-for-tat tariff showdown.

And he said he’ll urge the U.S. to stop exports to Hong Kong of nonlethal crowd control items like rubber bullets and tear gas used by riot police, a call echoed in a House bill introduced last week.

Beijing, which has characterized the protesters as “violent extremists,” ridiculed that legislation.

“I wonder if the U.S. congressmen want to save these anti-riot equipment to deal with problems at home?” China’s Ministry of Foreign Affairs spokeswoman Hua Chunying said at a regular press conference on Wednesday.