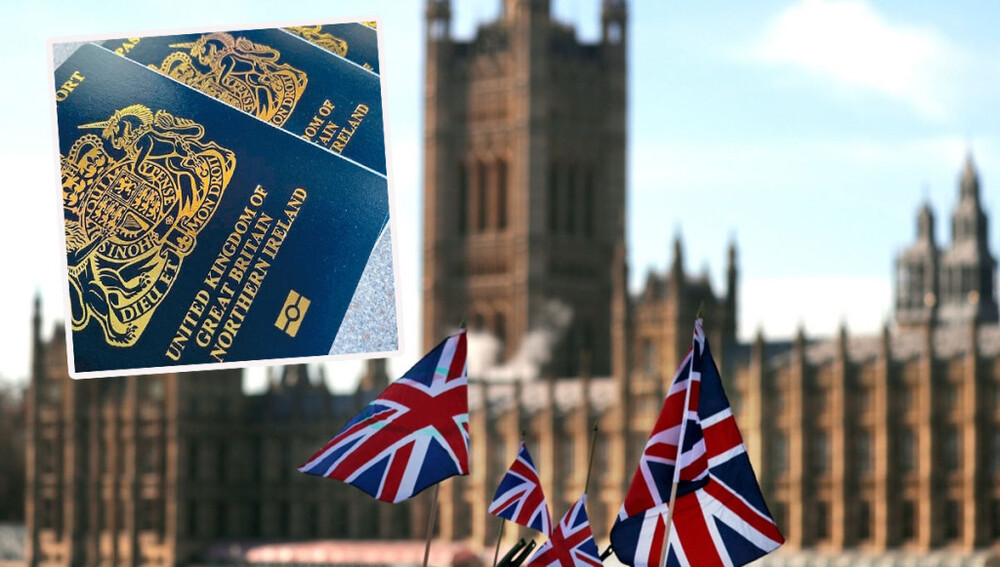 Nearly one-third of Hong Kongers who applied for a new route to British citizenship were under 18, reflecting a population exodus in the city’s next generation of workers.
Of the 142,000 Hong Kongers who have applied for the British National (Overseas) visa program, 38,600 were in this age bracket, according to official figures obtained by the South China Morning Post published Wednesday. Just 16 percent of those requests were filed from the UK, the report added.

The next largest demographic was Hong Kongers between the prime earning ages of 35 and 44, who accounted for 32,600 applications, Home Office statistics showed.

The UK government launched the program in January 2021, after Beijing imposed a national security law on the former British colony. Then Prime Minister Boris Johnson described the move as a “serious breach” of the 1984 Sino-British Joint Declaration that guaranteed Hong Kongers certain freedoms for 50 years. As of June, 133,124 people have been approved for the visa, according to the report.

Young people were at the forefront of the anti-government dissent that rocked Hong Kong in 2019, and which China has since sought to silence with sweeping security legislation. Some 230 pro-democracy activists, journalists and former opposition lawmakers have since been arrested by national security police, while authorities have revamped the local education system to emphasize patriotism to China.

That political turmoil coupled with years of strict Covid curbs have sparked a population exodus in Hong Kong. About 121,500 residents left in the year ending June 30, the largest outflow in at least six decades. Those departures have shrunk the labor force to near a record low, threatening the pandemic recovery of the financial hub of about 7.4 million people.

Last month, the UK government extended the eligibility for the program to younger people with at least one parent with BNO status.
#Boris Johnson  #Johnson  #Covid
Add Comment