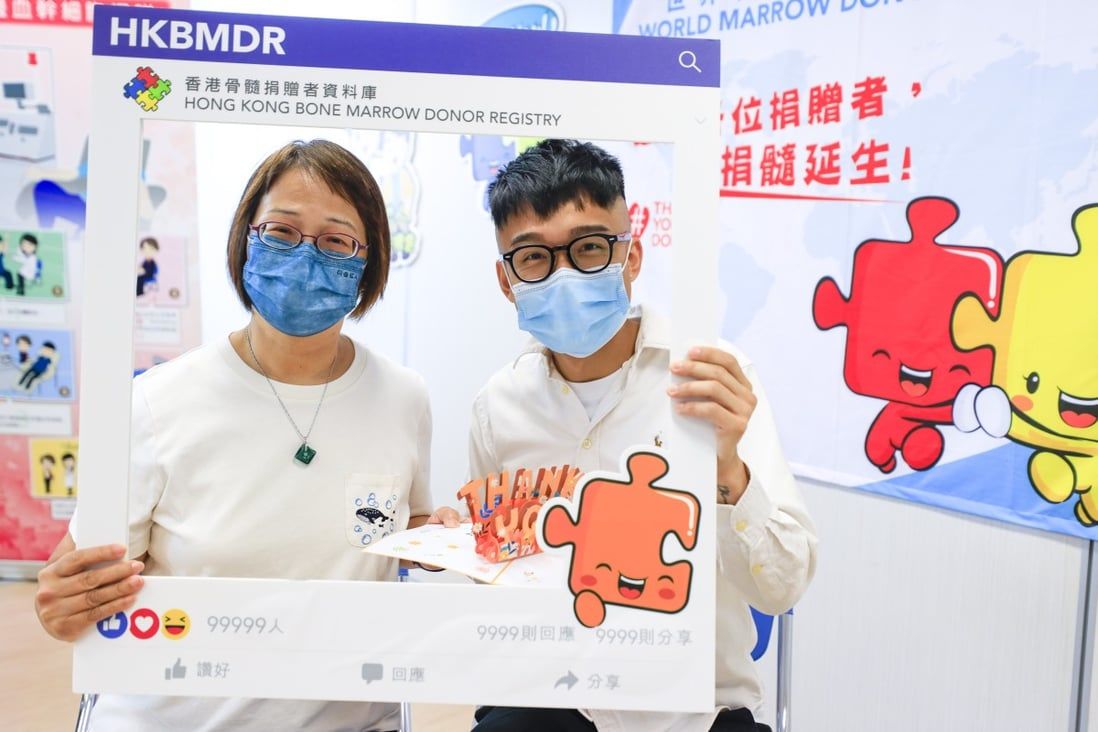 Dicky Chan, who became a bone marrow donor at the age of 25, urges young people to sign up for registry to save more lives.

Dicky Chan was delighted when he got the chance to save a life five years ago after doctors discovered he was a one in 10,000 match for a Hong Kong cancer patient in desperate need of a bone marrow transplant.

“I was very excited because it’s exceptionally difficult to find a match,” Chan said. “It’s just a simple act of kindness. I could not believe that we were a perfect match based on the small possibility.”

Chan, 30, met the stranger whose life he had saved five years after the transplant on Thursday at a press conference arranged by the Hong Kong Red Cross. 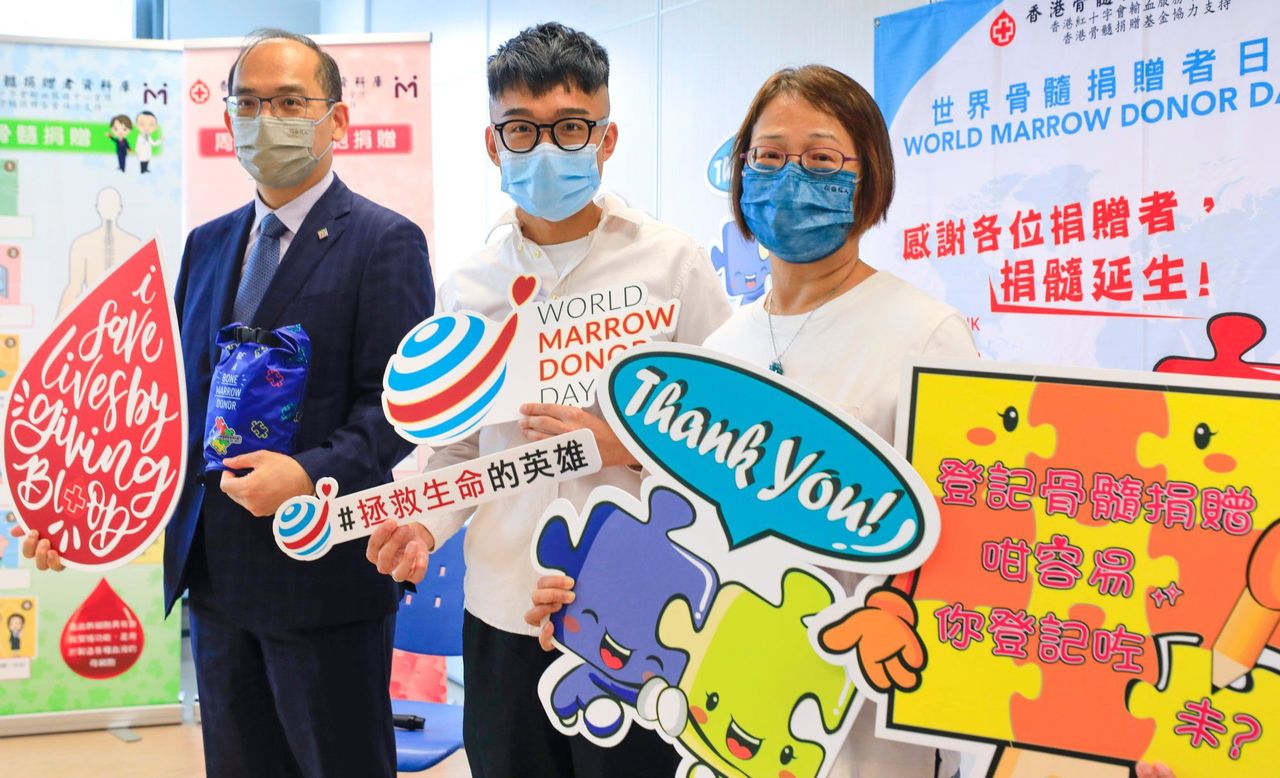 The 63-year-old recipient, who only gave her surname, Tam, suffered from follicular lymphoma, a cancer of the lymphatic system.

The cancer came back in 2017 and she urgently needed a bone marrow transplant, but her two sisters were not a match.

Chan, who has been a frequent blood donor since he was 19, signed up with the Hong Kong Red Cross bone marrow donor registry when he was 25.

He was told by the registry in 2018 that he was a match for Tam. There is only a one in 10,000 chance of finding a match, with about one-third, or 50, of the patients being able to find a donor each year, according to doctors.

During the 40-minute transplant procedure, Chan was put under general anaesthetic. The bone marrow stem cells, which are mostly accessible near the pelvis, were extracted using a long needle.

“The surgery was in the morning and I could already get out of bed at around 3pm,” he said. “I had already returned to my normal life after I woke up. The wound was very small, I only felt a bit sore around my pelvis, similar to how I usually feel after doing exercise,” he said.

Tam said she would have died if she had not found a successful match, adding that chemotherapy had left her physically and mentally exhausted. She said the cancer would have returned again if she had relied solely on the drug treatment.

The transplant was a success and Tam was moved by Chan’s heartwarming greeting card.

“I immediately burst into tears when I saw Dicky’s greeting card after I was discharged from the hospital,” she said.

“The recipient is supposed to be the first one to send a thank you card and express gratitude, but I received mine from him first. I immediately asked my relatives to buy me one at the stationery store.”

Chan said he sent the card because he understood the recovery process for Tam would not be easy.

The Hong Kong Red Cross said donors and patients were only allowed to contact each other anonymously by mail through the registry within the first year of the transplant to protect the rights and privacy of both. But they can meet each other later if both parties agree.

The registry has provided matched haematopoietic stem cells for transplant to 1,122 city patients and 129 overseas patients since it was founded in 1991.

Chan was among a small number of young adults who had registered, Lee said. The median age of those who have signed up for donation is 35.

He urged young people to become donors to save more lives.

“We hope more people will register to increase the chances of finding a match,” he said. “We also want to see more young males sign up as they are less likely to be prone to chronic diseases and their blood vessels are also thicker which is more desirable for the transplant.”

Members of the public aged 18 to 50 and in good health can register for bone marrow donation at any donor centre under the Hong Kong Red Cross.

The registration process includes completing a registration form, followed by health screening and the taking of blood samples for laboratory tests.