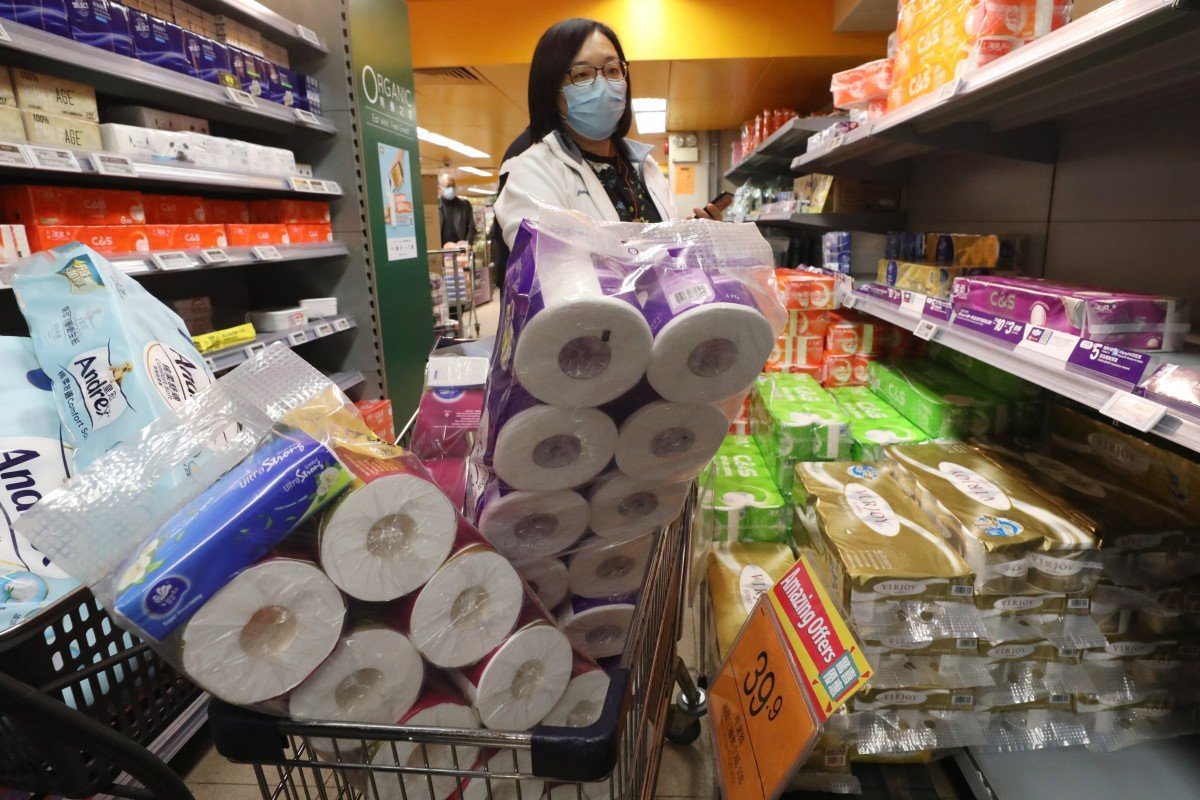 Hongkongers are scrambling to buy supplies while the Hong Kong government scrambles to respond to the public health crisis. A crisis is a real test of leadership – and the Carrie Lam administration seems to be failing

Which came first: the inept administration of Carrie Lam Cheng Yuet-ngor or the crippling anti-government protests?

This chicken-or-egg question is important as a novel strain of pandemonium erupts in Hong Kong. This is not the old strain, when our streets were turned into battlefields of lawless fury. This is the mutated version: a contagion of fear has gripped our city, and the uninfected masses put themselves at risk of contracting the new coronavirus by flocking to buy not just masks and rice, but also toilet paper.

This is an outrageous spectacle – almost as outrageous as the chief executive restricting the use of masks among government officials in non-frontline positions, so as to conserve the supply of masks for public health workers. Then there is the mystery of the missing masks: Lam earmarked masks produced by inmates in Lo Wu Correctional Institution for medical staff, and yet the Hospital Authority denied receiving those masks.

Unfortunately, this is the government Hong Kong has to live with these days.

On January 30, the city’s No 2, Chief Secretary Matthew Cheung Kin-chung, said more than 32 million masks would be made available to the public and he was “sure that in the next few days more masks will be available on the market”. Well, more than 10 days have since come and gone. So much for Cheung’s certainty.

The chief executive eventually made a U-turn (or a clarification, or something) on the restriction of mask use among civil servants, but only after adding to the panic. Think about it: if there aren’t enough masks to go around among government officials, naturally people will have to hunt for their own.

It’s been a long way down for the Hong Kong government since 1997, to say the least. Many attribute the fall of our first chief executive, Tung Chee-hwa, to bad luck: the twin hits of the Asian financial crisis and severe acute respiratory syndrome outbreak. But just look at neighbouring Macau.

Chief Executive Ho Iat-seng hadn’t been on the job for a month when the world’s most lucrative casino hub confirmed its first coronavirus case on January 22. Almost immediately, his government ordered 20 million masks for the city. Evidently, Ho has been anything but fazed by this stroke of extraordinary bad luck.

Experts are already noting the Macau government’s faster, better-coordinated responses to the public health crisis. People there are on high alert but not panicking. Although we are not ignorant of the dissimilarities between Macau and Hong Kong – Macau is the smaller city, with a much smaller population and stronger community ties – the fact is that the difference between the governments of the special administrative regions is like night and day.

A crisis is a real test of leadership. Unfortunately for Hong Kong, there has been an abundance of crises and a shortage of leadership. Screaming “Off with his mask!” is desperation, not leadership. Our Queen of Hearts and her court are scrambling to keep a lid on the outbreak, but seem to be falling through a rabbit hole.

As it is, the Lam administration can’t even communicate effectively with the public. The trust within the community has been destroyed after months of unrest, and in its place, panic is building up.

This is the time for Lam to be making those recorded broadcasts to the people – to speak through the hysteria. Leaders see crises as opportunities. Lam has opted out. Beijing must be taking note.