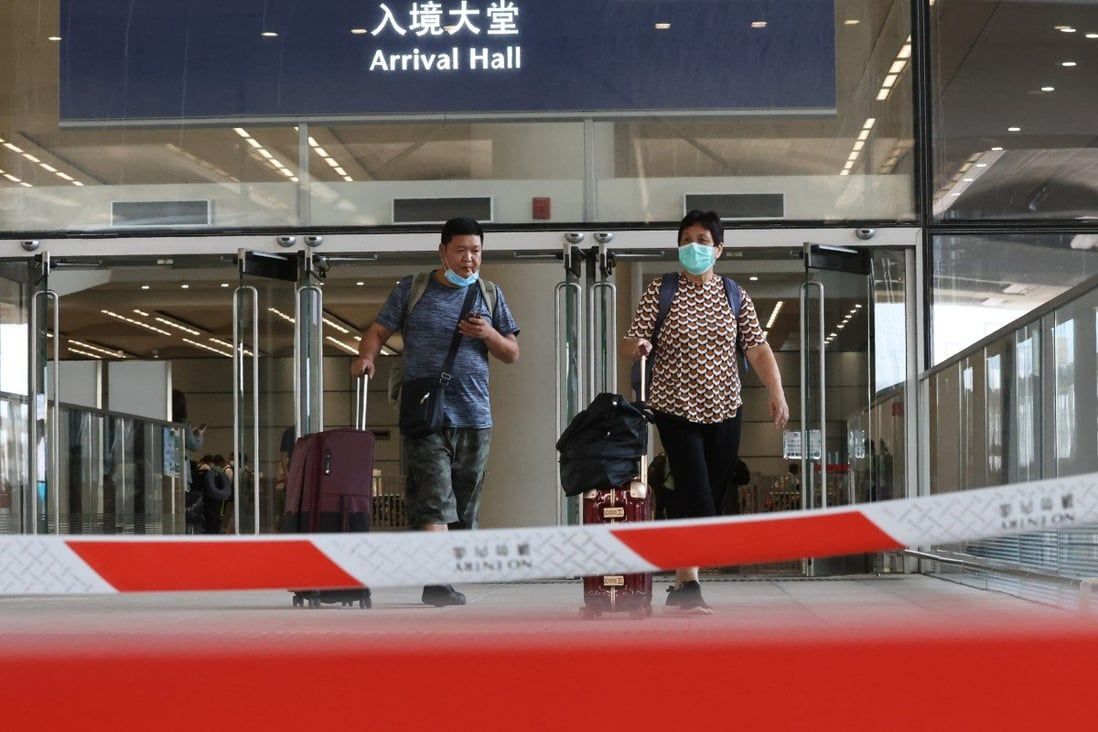 A reopened mainland border is vital for Hong Kong’s recovery

The positive steps seen in recent weeks offer hope, but the primary driver of the Hong Kong economy is the mainland, and anything less than free movement across it will leave an anaemic recovery. Why not ring-fence Hong Kong, Macau and the rest of the Greater Bay Area and make them a discrete area exempted from national quarantine and lockdown rules?

Our “result-oriented” chief executive has made positive steps to start the reopening of the Hong Kong hermit kingdom. Hotel quarantine has at last been eliminated, the long-awaited Hong Kong Sevens is fast approaching and there will be what he hopes is a large, well-attended business conference in November.

One has to hope we are now on the final stretch towards ending our unsustainable, incoherent and immeasurably harmful “zero-Covid” strategy. But before we get too excited, I am reminded of a column I wrote almost a year ago while a big argument was being fought over the need to open up to China before opening to the outside world.

The point I tried to make was simple: reopening to China and reopening internationally are inseparable. “To continue to thrive as a connector between China and global markets, Hong Kong must be open in both directions or it is not open in either.”

In short, we can never forget the primary driver of the Hong Kong economy is the mainland. It accounts for most of our business and leisure visitors, with around 43.8 million of Hong Kong’s 55.9 million visitors in 2019 coming from the mainland. Chinese companies accounted for almost 80 per cent of the Hong Kong stock market’s capitalisation last year.

Most international travellers are here mainly because of our irreplaceable access to China and the economic opportunities it offers. So until the boundary with China is opened and there is free movement across it, our recovery from Covid-19 will remain anaemic.

Our airport will remain an empty cathedral. Cathay Pacific aircraft will be parked in Australia. Our hotels will be ghostly quiet. Our temple to international commerce – the Hong Kong Convention and Exhibition Centre – will be an echoing mausoleum. Our retailers and restaurant owners will return home every evening with empty pockets. 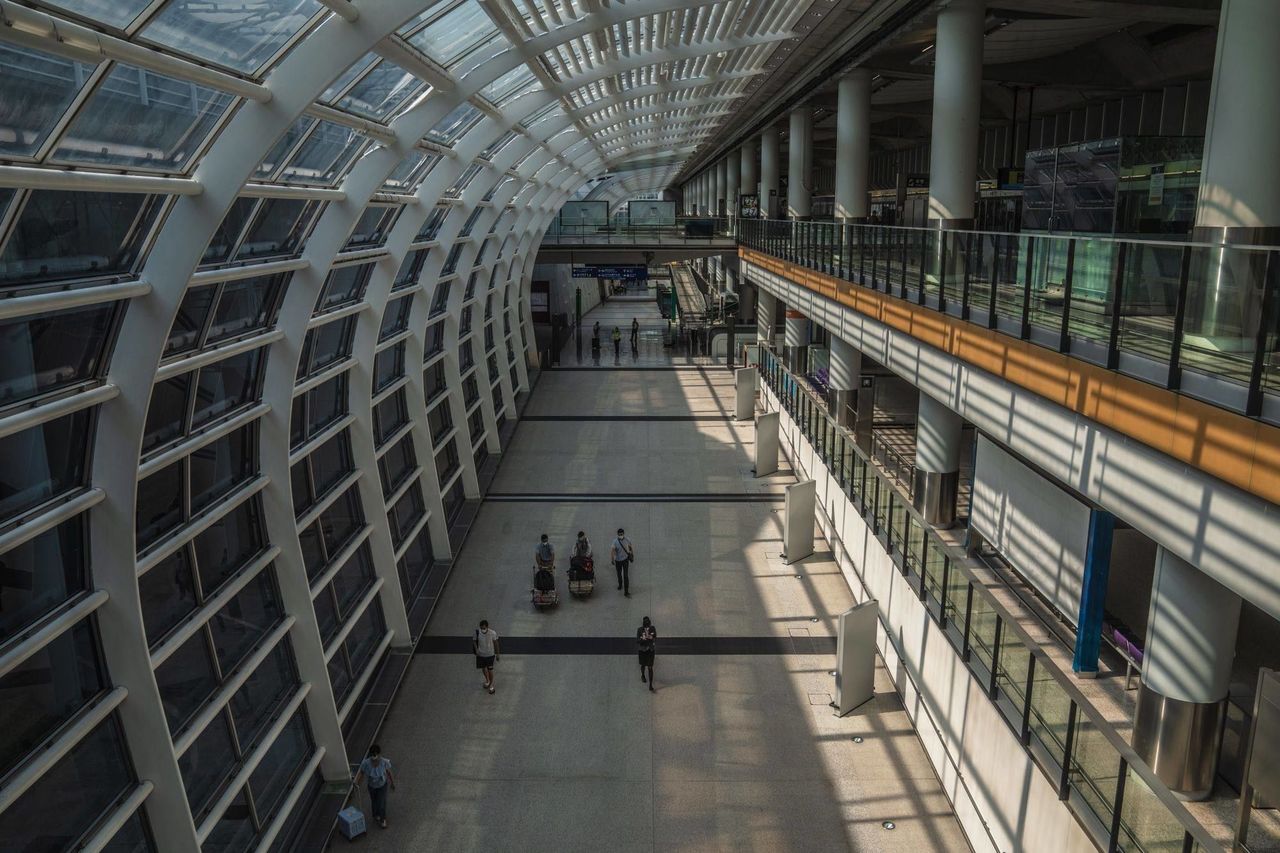 So while we may sigh in relief that we can at last take trips from Hong Kong, any real prospects of economic recovery remain in the hands of President Xi Jinping. As long as he retains his unwavering adherence to closed borders and draconian lockdowns across large parts of the country, our economy is likely to remain a shadow of its former self.

One has to admire the optimism of Financial Secretary Paul Chan Mo-po, who is at last preparing the community for the poor economic data that will need to be unveiled in the coming months. But one has to question his unwavering insistence that our difficulties sit with “challenging” geopolitical tensions – code for Russia’s invasion of Ukraine and the disruption of global energy and food markets – and the bleak prospect of inflation-induced global recession.

These external forces will undoubtedly make Hong Kong’s economic recovery more challenging. However, it is disingenuous to gloss over where our pivotal difficulties truly sit – with the self-inflicted economic harm resulting from unfocused, unscientific responses to the pandemic and the throttling of our access to the Chinese economy.

It takes a hopeless optimist to argue that Xi has any near-term plans to reopen the Chinese economy, even though some Hongkongers close to Beijing are suggesting there is a good chance relaxation will happen after the Communist Party congress.

At odds with such optimists are those who fear the protracted severity of the zero-Covid policy is part of a broader determination to build economic self-reliance and resilience founded on domestic consumption. As Post columnist Wang Xiangwei wrote last month, such a retreat into isolation would be dreadful for the global economy and catastrophic for Hong Kong, so we can only hope it never happens.

My hope is that Xi will ring-fence Hong Kong, Macau and the Greater Bay Area after the party congress and make them a discrete area exempted from national quarantine and lockdown rules. While this would not be as helpful for Hong Kong as the whole of China emerging from “zero Covid”, it would nevertheless provide a significant impetus to Hong Kong’s prospects for economic recovery.

Since the Greater Bay Area is by far China’s most externally oriented economic region, such a move would also provide important stimulus to the Guangdong economy. With the entire region reopened to the international economy, there would be much more sense in the Hong Kong administration’s “opening up” strategies.

Events like the international business conference next month, which aim to put Hong Kong back on the map as the key conduit to the Chinese economy, would make more sense once at least part of the Chinese economy has been reopened. The same goes for the global marketing campaigns that some influential figures are baying to launch.

My view is that it is still too early to launch campaigns aimed at rebuilding Hong Kong’s global reputation. But at least there would be a bit of credibility if Beijing started to open up critical investment regions such as the Greater Bay Area.

In the meantime, much work is needed to assess the cost and harm of the global pandemic. Put to one side Hong Kong’s own specific challenge of rebuilding from the traumas of 2019 and the national security law. Such an audit must clarify the lessons we must learn to mitigate the harm of future pandemics before we begin to forget the trauma we have all suffered.

This will involve general principles including the imperative to collaborate, move fast and share globally critical tools such as vaccines and personal protective equipment. It must also involve what we did wrong and what harm this did to our economies. Sadly, Hong Kong has much to offer here.