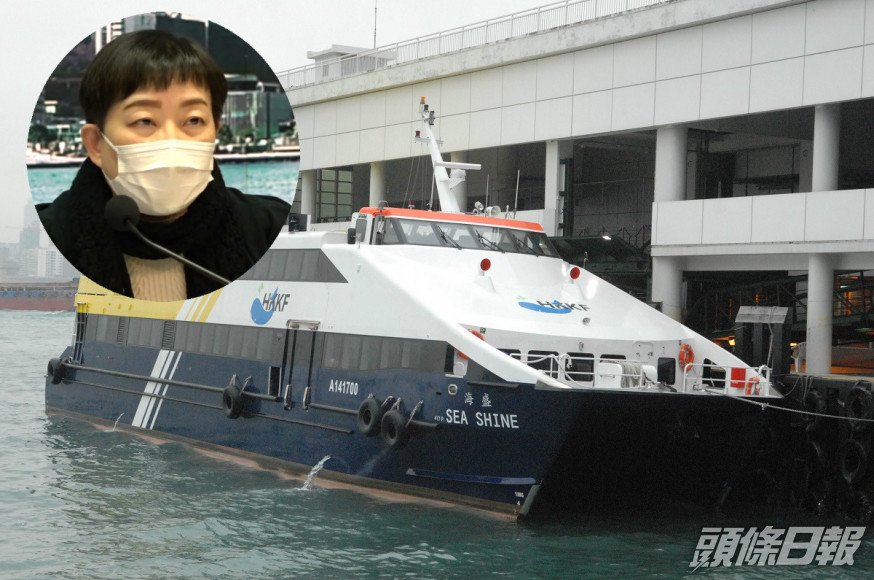 A ferry captain confirms with Covid-19

A ferry captain responsible for three routes, including between Central and Lamma Island's Yung Shue Wan pier, was confirmed with Covid-19.
Three other staff members were also infected, as 100 of their colleagues at Hong Kong & Kowloon Ferry will have to get tested.

“The ferry captain is responsible for the route between Central and Peng Chau, also between Tsuen Wan and the third airport runway, which is only open for staff,” said Dr Chuang Shuk-kwan, head of the Centre for Health Protection's Communicable Disease Branch.

“The ferry colleagues got infected from close contacts, such as eating together.”

Among the 31 patients were 20 males and 11 females, aged between 7 and 80, while 19 of them were linked to previous local infections and nine with untraceable sources.

Six of them were from the Tseung Kwan O-Lam Tin tunnel construction site cluster.

There were also over 30 preliminary positive cases today.

A staff working night shift at Hung Hom Yi Wo Yuen Aged Sanatorium Centre has tested preliminary positive. Some 31 residents and 15 staff are listed as close contacts and have to be quarantined.

Other residents on the second floor of the sanitorium centre were also evacuated.

As a patient who stayed in the ward was tested preliminary positive, the assistant is classified as close contact.