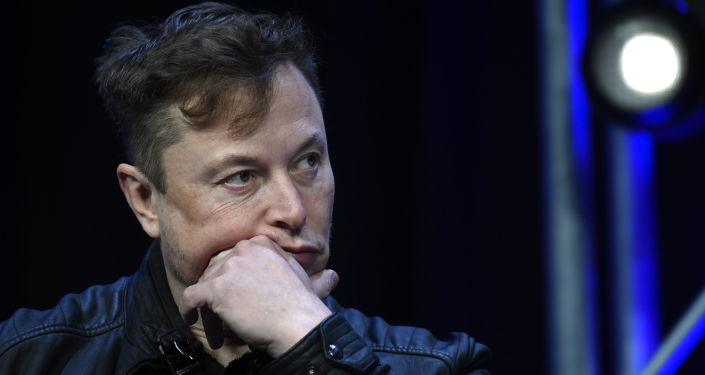 ‘A Bunch of People Will Probably Die’ at Onset of Mars Colonisation, Musk Cautions

The Silicone Valley mogul has candidly outlined the pitfalls of potential trips to the red planet, as his brainchild SpaceX has been going to great lengths to make commercial tourism on Mars possible one day.

Tesla and SpaceX CEO Elon Musk has warned in a recent interview that in the course of Mars exploration, "a bunch of people will probably die in the beginning”.

The XPrize Carbon Removal competition is about inspiring projects that will extract carbon dioxide so as to bring down the dangerously high emissions currently being released into the atmosphere.

Dwelling on potentially available travel to Mars, Musk called for people to be aware of the fact that the red planet will be "dangerous, it's uncomfortable, it's a long journey, you might not come back alive".

"And your name will go into history", Diamandis weighed in, but with Musk retorting:

"You might not. It's going to be uncomfortable and you probably won't have good food, and all these things, you know".

Yet, he went on, that however arduous and dangerous such a trip would appear, “it’s a glorious adventure, sounds appealing”.

“Mars is the place. That's the ad for Mars", the tech mogul said, adding there is no way they would “make anyone go”, as it’s “volunteers only”.

Musk has of late considerably zeroed in on his SpaceX projects, which are meant to take humans to the Moon and then to Mars, with the latter largely overshadowing his initial ventures involving his previous brainchild, the electric car company Tesla.

Despite the updated focus, California-based SpaceX, which currently has a launch site and a wealth of facilities in Texas, has been going through highs and lows on its path to be the first private company to significantly contribute to space exploration.

SpaceX was set up in 2002 with the goal of reducing space transportation costs to eventually enable and facilitate the colonisation of Mars. In March, the tech mogul voiced his intention to inject $30 million into a local Texas community to open new schools and infrastructure in the area to better attract efficient engineers and other potential employees to his space transportation services company.