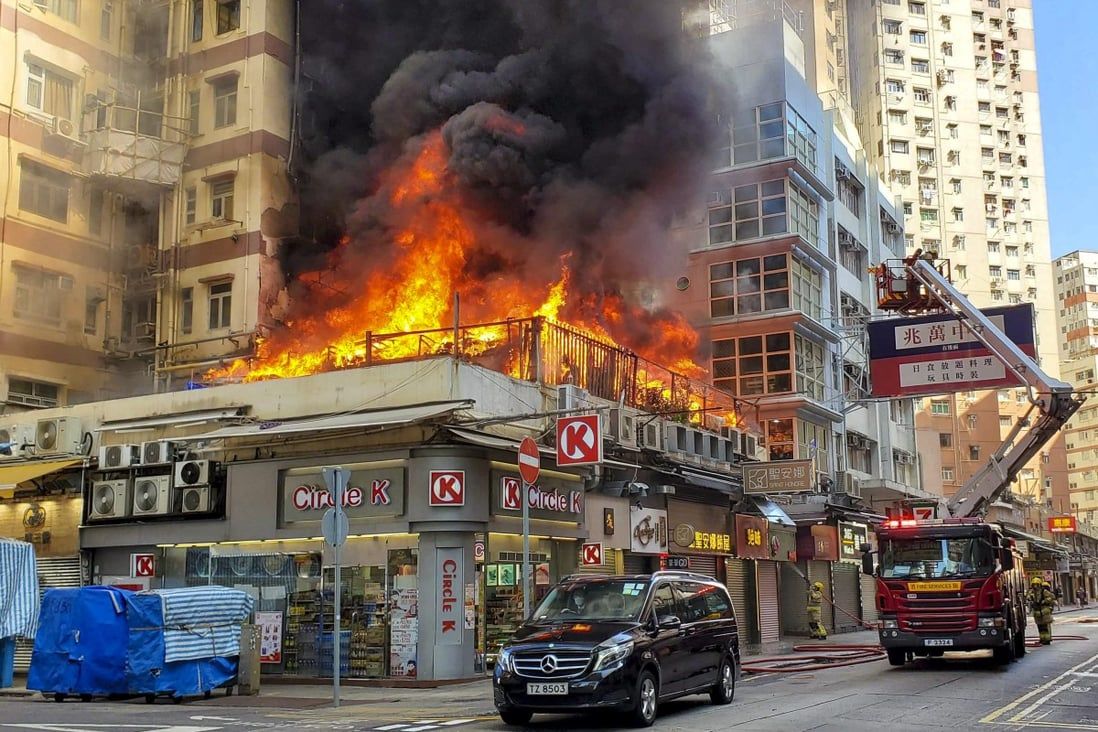 Man in his 40s taken to Kwong Wah Hospital after he felt unwell due to smoke inhalation.

Nearly 100 people were evacuated after a fire broke out at the podium of a Hong Kong residential building on Saturday, with one man taken to hospital.

Police said they received multiple reports at 11.11am about a blaze and heavy smoke spewing from a building podium at 43 Dundas Street in Mong Kok. A total of 92 people were evacuated from the scene. 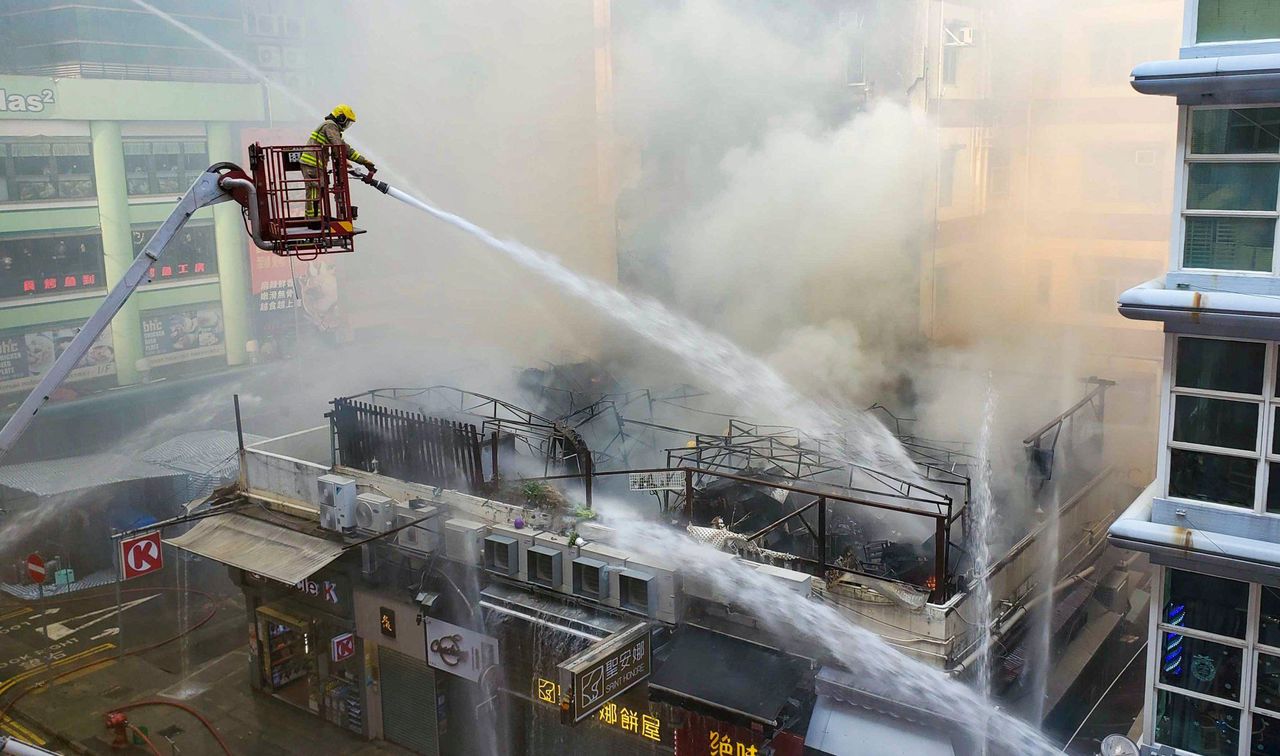 Hung Fai Building is located on a busy intersection between Tung Choi Street and Dundas Street.
A man estimated to be in his 40s was taken to Kwong Wah Hospital after he felt unwell due to smoke inhalation, while a 70-year-old man also requested assistance, the force added.

Hung Fai Building, located on a busy intersection between Tung Choi Street and Dundas Street, is surrounded by restaurants and hawker stalls. Police blocked off the surrounding area while firefighters battled the blaze, putting it out at about 1pm.

Heavy smoke could be seen in photos taken across Victoria Harbour on Hong Kong Island. 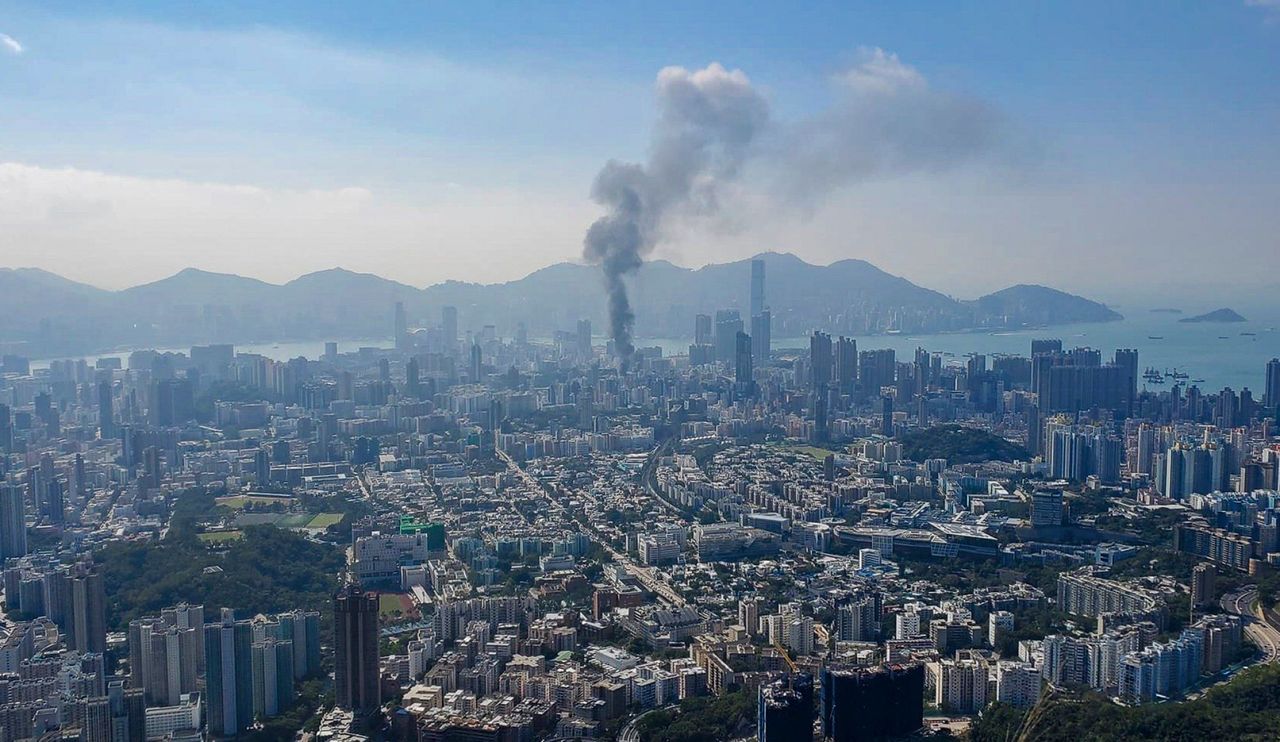 Heavy smoke could be seen in photos after a fire broke out in Mong Kok.

The department said it rescued eight people from different parts of the building, and the cause of the fire was still being investigated.

Authorities noted the number of items on the podium made it difficult to extinguish the fire, as firefighters had to clear the area to find the source of the blaze.