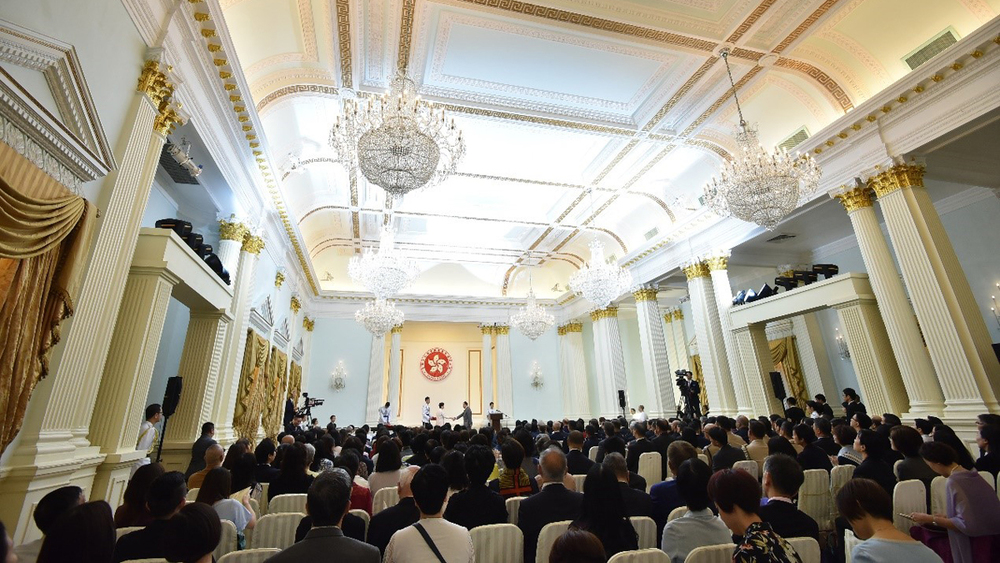 Hong Kong athletes including Edgar Cheung Ka-long, Siobhan Haughey, and Sarah Lee Wai-sze are on the government's Honours List this year in recognition of their outstanding achievements in various international competitions.
The 2022 Honours List and Justices of the Peace (JPs) appointments are published in the Government Gazette on Wednesday (July 27). There are 890 awardees, which is the highest number ever.

Chief Executive Lee Ka-chiu are among seven Grand Bauhinia Medal (GBM), the city's highest honor, awardees for their contributions to serving Hong Kong over the years.

According to the Gazette, Lee is awarded GBM in recognition of his dedicated and distinguished public service to the government and the Hong Kong community over the past 44 years. With his ability and experience in public administration, he assisted the then Chief Executive in rising to the challenges and played an instrumental role in coordination in policy formulation and implementation, making significant contributions to Hong Kong.

Over 30 awardees are from the sports sector. Hong Kong's top fencer Edgar Cheung Ka-long, the first male athlete in Hong Kong to win an Olympics gold medal, is awarded SBS in recognition of his outstanding achievements in various international fencing events since 2012.

Boccia player Leung Yuk-wing; head coach of the Hong Kong fencing team Zheng Kang-zhao; and Michael Scott Tanner who served the Hong Kong, China Rowing Association for over 40 years are awarded BBS for their significant contributions to the city.

A government spokesman pointed out that this year's total number of recipients is the highest since the establishment of the HKSAR, with about 70 percent (607 persons) being awarded the Chief Executive's Commendation for Community Service or the Chief Executive's Commendation for Government/Public Service. Among them, 493 persons are members of the community and public servants who have made significant contributions to the fight against the COVID-19 epidemic.

The presentation ceremony for the awards will be held later this year. The exact timing and arrangements will take into account the social distancing measures then in force.