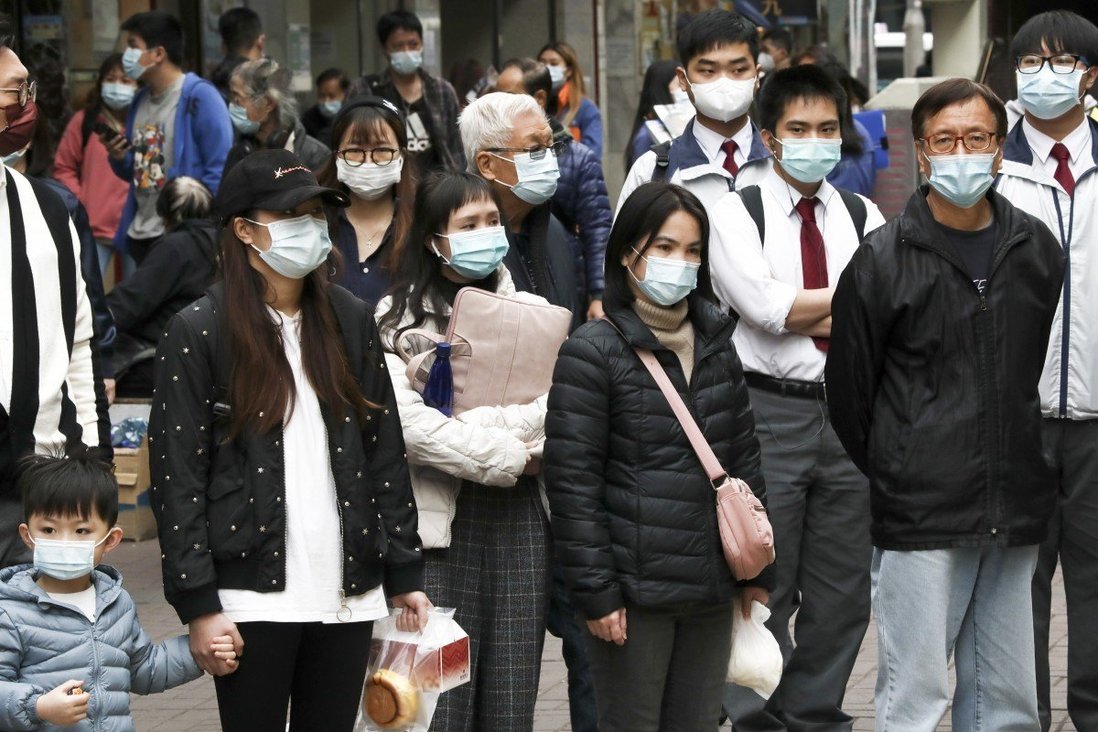 Some 78 of the latest cases are locally transmitted, of which 35 are untraceable, while at least 21 infections tied to Yau Tsim Mong district, where several blocks have been locked down.

Hong Kong exceeded 10,000 coronavirus cases on the first anniversary of the pandemic on Saturday after health authorities revealed 81 new infections and warned more were expected to emerge from the Kowloon neighbourhood placed under an unprecedented lockdown.

Officials said 78 of the latest cases were locally transmitted, of which 35 were untraceable. At least 21 infections were tied to Yau Tsim Mong district, where several blocks in Jordan have been sealed off as residents undergo screening. More than 70 people across the city also tested preliminary-positive.

The latest caseload pushed the tally of confirmed infections to 10,009, with 168 related deaths. Hong Kong confirmed its first two cases on January 23 last year, when two arrivals from Wuhan in mainland China were found to be carrying the then-little understood virus.

Authorities hoped all 10,000 residents in the restricted zone in Jordan could be screened by the end of the day. But a leading health official warned to expect a rising trend in the daily caseload over the coming days.

“We are expecting the daily number of [citywide] cases to get at least more and more in these coming few days because of the enhanced testing in the restricted area,” said Dr Chuang Shuk-kwan, head of the communicable disease branch of the Centre for Health Protection. “There is also quite significant transmission in the community.”

Authorities moved at 4am to cordon off the area, bordering Kansu Street to the north and Nanking Street in the south, with the eastern and western boundaries at Woosung Street and Battery Street, respectively.

Health officials expressed concern over a small outbreak at the Sheung On Elderly Home on Battery Street, which sits outside the zone, after at least two residents tested positive for the virus. More than 20 residents and six staff members have already been placed into quarantine.

Chuang also noted that an 83-year-old patient who was admitted to Baptist Hospital in Kowloon Tong on January 15 tested positive only upon the third screening, after the first two tests came back negative.

Among the preliminary positive cases was a clerk at the Tuen Mun Eye Centre, who sought treatment on Friday at Tuen Mun Hospital’s accident and emergency department after coming down with a fever. She last reported to work on Friday morning and had rarely been in contact with patients, according to authorities.

A 40-year-old constable posted to the Hong Kong Police College in Wong Chuk Hang also tested preliminary-positive. The officer, who was last on duty on Tuesday and had no contact with the public, underwent a test after a relative was suspected of carrying the virus.

Residents of six more buildings will be required to undergo compulsory screening. The order will be given to Moonstar Court in Wan Chai, Yick Man Building in To Kwa Wan and Shun Fung Building in Yau Ma Tei after at least two infections in each emerged.

Chuang apologised for a “mix-up” on Friday that led to residents of Block 3 at The Grandiose private residential estate in Tseung Kwan O being ordered to undergo testing. While two cases had indeed emerged, they were split between Block 2 and 3.

The government was weighing whether to place the United Arab Emirates on the list of high-risk nations where the pandemic situation was deemed especially worrisome, she said, adding: “I understand this is being considered by the Food and Health Bureau.”

While the government allowed Emirates to resume flights between Hong Kong and Dubai on Saturday after a two-week ban expired, putting the UAE on the list would mean arrivals would be required to present a negative Covid-19 test before boarding.

Dubai is a popular 21-day transit point for travellers coming from Britain who are unable to fly non-stop to Hong Kong given a ban on flights originating in the European country.

Chuang also said residents had come a long way in the year since the virus first emerged in Hong Kong.

“Many unprecedented measures have been rolled out over the past year, such as flight bans and closing border control points. Everyone is learning from the experiences,” she said. “I think Hong Kong people have always been very self-disciplined, in terms of wearing masks and other [social-distancing measures].”